Military Photo of the Day: Remembering 9/11 at Bagram Airfield 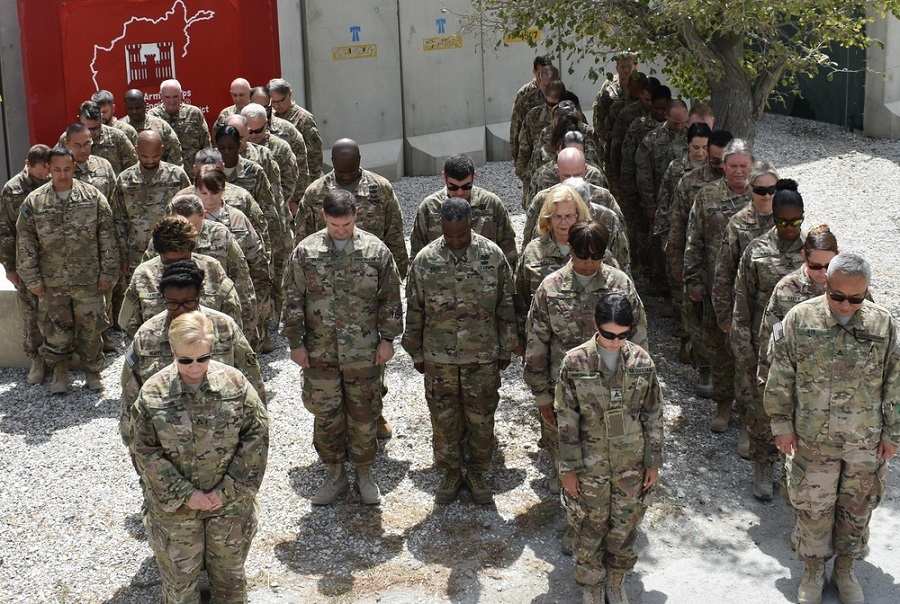 U. S. Army Corps of Engineers soldiers bow their heads during a moment of silence to remember 9/11 at Bagram Airfield in Afghanistan on September 11, 2018.

There will be no U.S. military 9/11 remembrance ceremonies held in Afghanistan this year after all American troops were pulled out of the country last month after almost 20 years of war. The pain of the chaotic withdrawal and heartbreaking recent loss of 13 U.S. service members weigh heavily as tomorrow’s 20-year anniversary of the 9/11 attacks is observed.

We will never forget the victims of the worst terrorist attack in American history. We will also remember all the brave men and women who stepped forward for the next two decades to selflessly serve and sacrifice on their behalf.