Military Photo of the Day: Receiving the Bronze Star

Remembering U.S. Army Sgt. 1st Class Benjamin B. Wise on the 9th anniversary of his death. 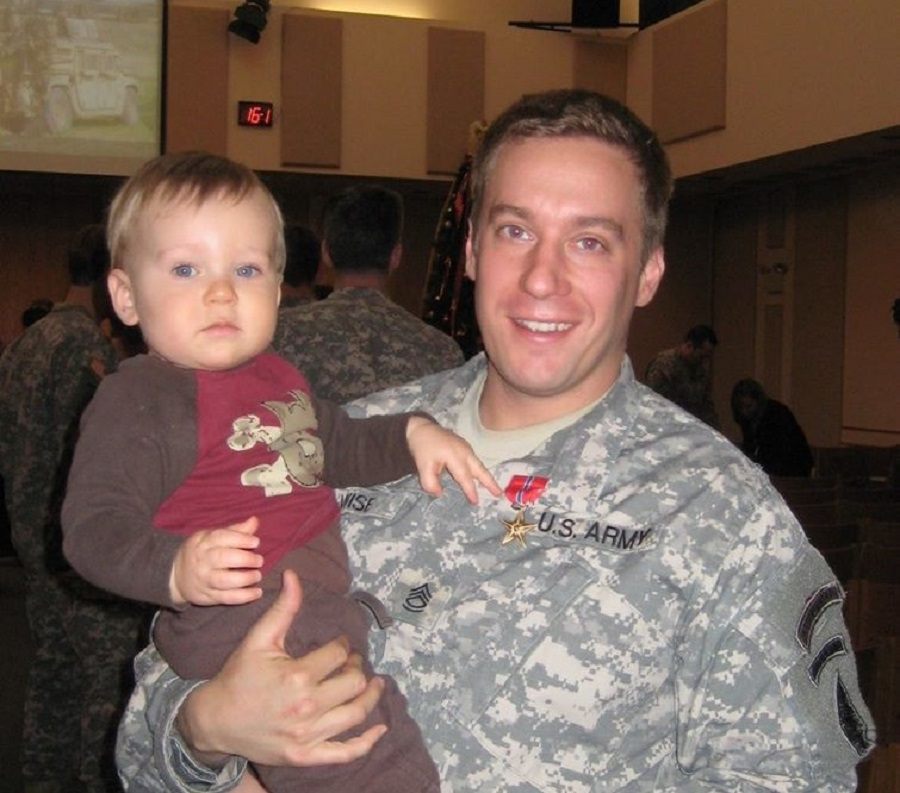 Nine years ago today, Sgt. 1st Class Ben Wise succumbed to injuries sustained during a firefight six days earlier at the mouth of a cave he volunteered to approach in Afghanistan’s Balkh Province. Holding his hands at the military hospital in Germany were his beloved wife, Traci, and his younger brother, Beau. Ben was a man of deep faith and a “quiet professional” deeply respected by his fellow Special Forces soldiers.

Just over two years earlier, Ben and Beau’s oldest brother, U.S. Navy SO1 (SEAL) Jeremy Wise, was also killed in Afghanistan. Their heroic story of sacrifice is told in the new book Three Wise Men, which I had the honor of writing with Beau.

As you can see above, Ben loved and treasured his little boy. Throughout every step of the writing process, Luke was always at the forefront of our minds. This book is for you and all the precious Gold Star children like you, Luke.

We will never forget Ben or the big brother he is buried alongside, Jeremy. De oppresso liber.