Military Photo of the Day: 18 Years of War in Afghanistan

Today is the 18th anniversary of the U.S.-led invasion of Afghanistan. 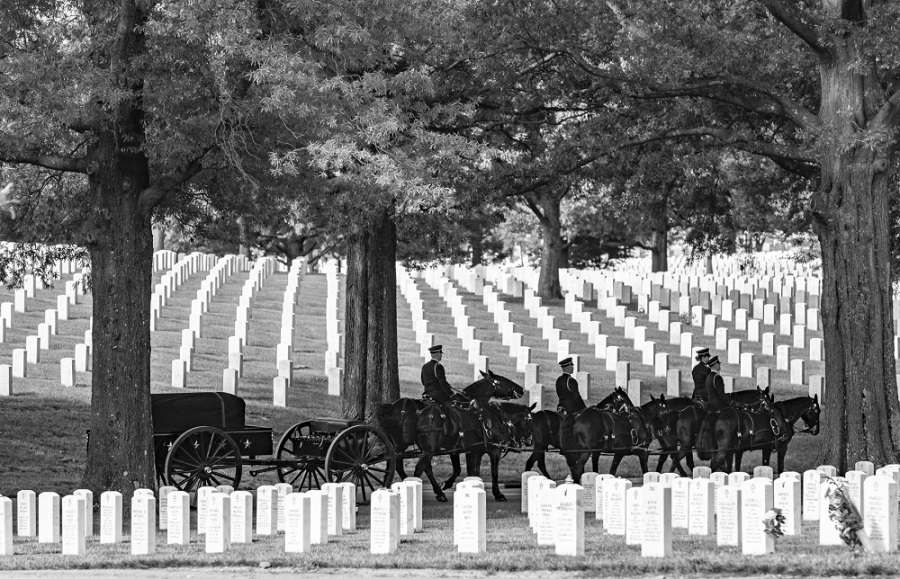 The U.S. Army’s Old Guard travels between Sections 60 and 65 of Arlington National Cemetery following a military funeral on June 24, 2019.

The war in Afghanistan was officially launched 18 years ago today. Since then, 2,438 American heroes have lost their lives during the war effort, according to icasualties.org, including 21 this year. Thousands more have been wounded, both physically and emotionally, during the continuing conflict. America’s longest war has also permanently impacted many military families, including countless children.

The courage and strength of our nation’s entire military community should inspire every single American, regardless of your position on the war. Despite 18 years of constant combat in Afghanistan and elsewhere, our troops, veterans and military families never quit. They have instead spent every day serving, sacrificing and defending the defenseless.

Please continue praying for America’s protectors and their loved ones. Until every soldier, sailor, airman and Marine is out of harm’s way, our military is still at war.