Military Photo of the Day: Joint Air Exercise Near Guam 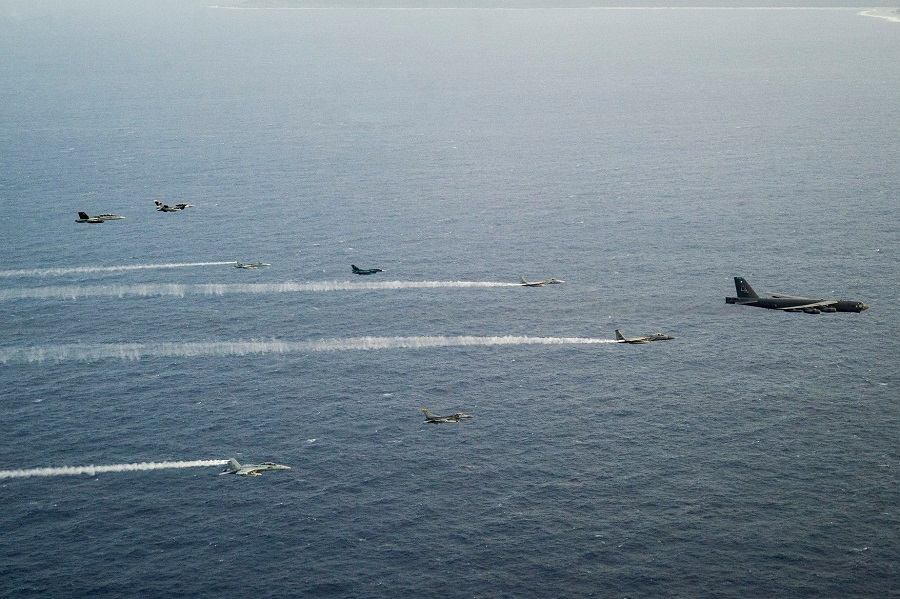 U.S. Air Force, Marine Corps and Navy aircraft fly in formation alongside Japanese and Australian aircraft during an exercise in the vicinity of Guam on February 21, 2018.

Thanks to Senior Airman Jarrod Vickers for capturing this image!

Military Photo of the Day: Joint Training With the Aussies

Military Photo of the Day: Falcons Fly the Japanese Coast