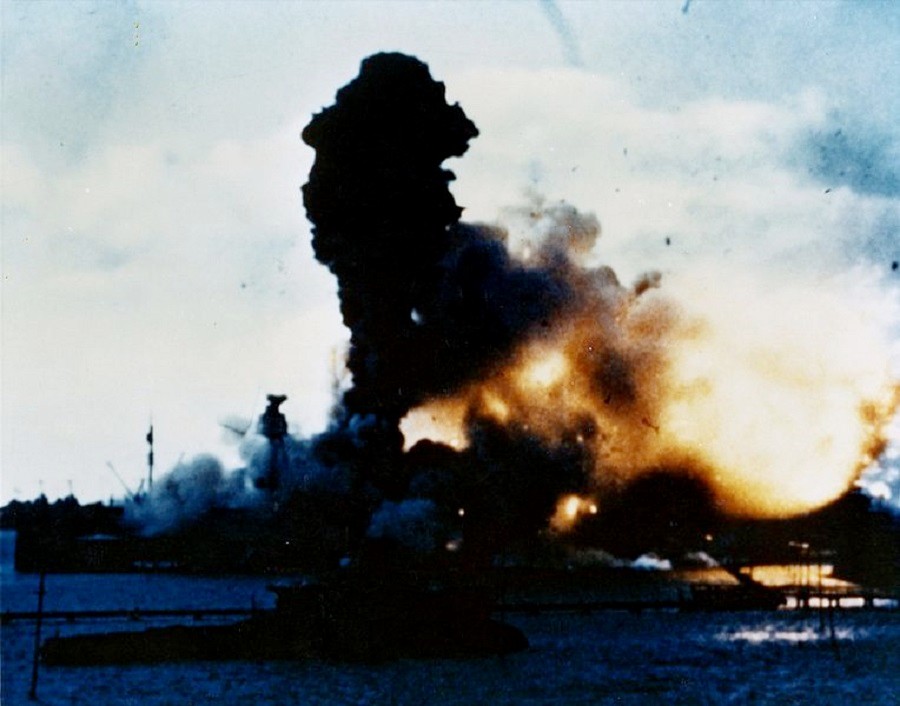 The forward magazines of the U.S. Navy battleship USS Arizona explode during the Japanese attack on Pearl Harbor on December 7, 1941, in Hawaii.

On this Pearl Harbor Remembrance Day, we honor the more than 2,400 U.S. troops and civilians killed in the sneak attack and the hundreds of thousands of Americans who were subsequently killed and wounded during World War II. We also thank all veterans, living and departed, of the most crucial conflict in human history. You saved the world from evil, and we are forever grateful.