Our Military Deserves More Than One Brand of Shoe to Wear 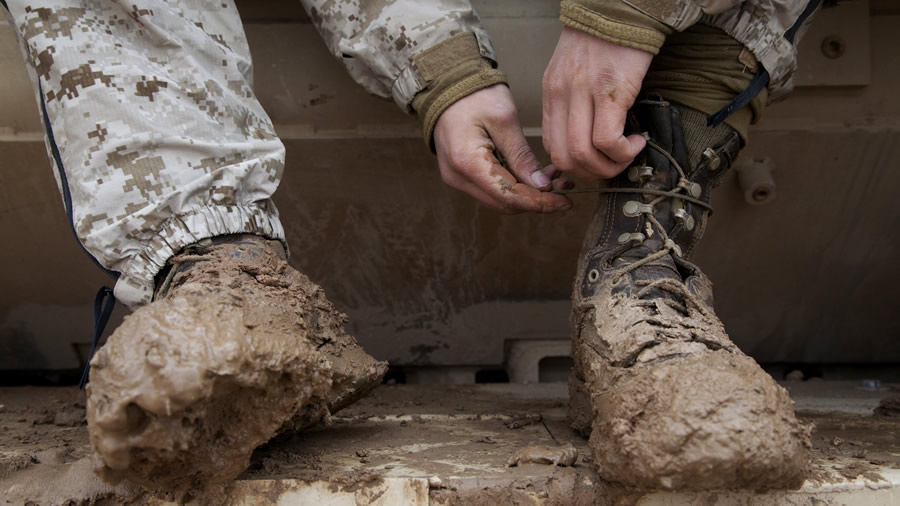 Sneakers, sneaks, kicks, tennis shoes, running shoes: whatever you call them, everybody has a pair. (I’ll die before I call them trainers. This is America.)

It seems that there are a thousand brands and types to choose from, whether for particular sports or just lounging around in comfort. But Congress is about to force men and women in the armed forces to wear just one.

To offer the best options to our troops, they’re given a voucher and allowed to pick from about a dozen qualifying shoes from three manufacturers, according to what suits their physical training regimen and their comfort.

That may soon change. The House Armed Services Committee recently adopted an amendment to the 2017 National Defense Authorization Act that would force the military to only buy shoes with every component made in the USA. As it turns out, only one brand has a product line like that: New Balance. And according to The Boston Globe, New Balance “has been the most outspoken proponent” of this measure. The Defense Department, for its part, is reluctant to reduce the availability of a variety of athletic shoes that could be preventing injuries.

You’d think everyone would agree that the needs of the troops should come before rank protectionism, but a lot of congressmen like to claim they’re helping American industry — an attitude conveniently absent when it comes to deregulation or taxes.

Quite frankly, it is absurd to demand that every product the government buys from an American company be assembled here. The entire reason we have a free economy and free trade agreements with other countries is so that Americans can conduct business and use their resources to their greatest advantage. The result is more competition, cheaper products, and a stronger economy. That benefits us all.

Rep. Mark Sanford, R-S.C., has been leading the charge against this misplaced protectionism. He’s drawn attention to the fact that sneakers are one of the few independent decisions military personnel are allowed to make: “An enlisted person in the United States military has very few choices. One of the few choices they have is they’re given a voucher for 70 bucks and they get to pick the training shoe of their choice. … This is about preserving a choice that works for them.”

This is to say nothing against New Balance in particular. I wish them the best of success. Most businesses in this country deserve a lot more room to innovate, hire employees and serve their customers than the federal government currently gives them.

But I’d also hope that every American company worth its salt can succeed without relying on protectionism and a domestic monopoly on military customers, courtesy of Uncle Sam and our tax dollars.

Professional athletes or movie stars can endorse whatever product they like. They’re private citizens. The U.S. government, on the other hand, shouldn’t have rules that only benefit one product line, any more than Congress should declare Doritos or Pringles to be our national snack. (I’d filibuster for boiled peanuts, anyway.)

Our men and women in uniform have enough challenges to overcome in the world without being told what shoes they can buy. American businesses have enough hard work to do without worrying if the government will punish them for imported shoelaces. Congress should give this ridiculous protectionism the boot and let everyone buy and sell what they want.

After all, this is America. Freedom is in our soles.