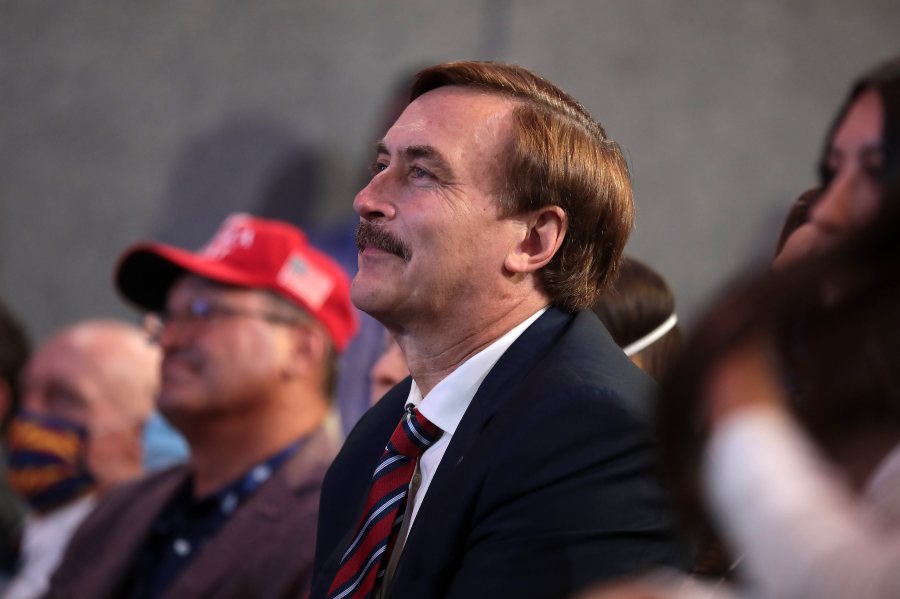 By now, you know that “the MyPillow guy,” Mike Lindell, has been sued by Dominion Voting Systems for defamation over his claims that their machines could be — and were — hacked and the vote changed in the 2020 election. They seek damages of $1.3 billion.

In this poker game, Lindell will see their $1.3 billion and raise them another $.3 billion. That’s right, he’s suing them for $1.6 billion. He filed his suit in the U.S. District Court in Minnesota, where his company is based. In case you didn’t see that story, it’s in The Epoch Times.

Election Integrity and the First Amendment

The complaint opens this way: “Freedom of speech, and free and fair elections, are two pillars of our constitutional order. Intersection of the two — debate in the public square about elections — is therefore a matter of grave constitutional concern. Discussion of election integrity must receive the highest protection under the First Amendment.”

Mike Lindell is much too smart as a businessman to do something this controversial in the hope of making money. The man obviously loves his country and believes in what he is doing.

Indeed. Now tell that to Facebook, Twitter, YouTube and other social media platforms that censor any questioning of the outcome of the 2020 election. It’s about time someone started defending the First Amendment, especially when it comes to elections.

“[Dominion has] engaged in a scorched earth campaign,” the suit says, “debasing the legal system through a practice that has become known as ‘lawfare.’ Dominion’s purpose is to silence debate; to eliminate any challenge to the 2020 election; and to cancel and destroy anyone who speaks out against Dominion’s work on behalf of the government in administering the election.”

“Dominion is using today’s cancel culture to eliminate dissent and to cover up the election issues that compromised the 2020 result.”

You can read the entire complaint here.

Lawyers for Dominion say Lindell is lying about links between them and alleged election fraud. As we’ve reported, they’re also suing attorney Sidney Powell and have sent threatening letters to dozens of others, who mostly issued groveling apologies and CYA statements devised by their attorneys. That’s the “lawfare” Lindell’s suit is talking about, and he will not back down.

Concerning Sidney Powell, recall that she recently corrected a report that said she was trying a novel defense: arguing that her claims against Dominion were so crazy, no one would believe them; hence, no damages. As we clarified, Powell is not using that line of argument as her defense. In fact, it was Dominion who characterized her claims as crazy and unbelievable; her attorneys apparently were just turning that argument around on them.

We haven’t seen proof that voting machines were hacked or that election fraud changed the outcome, but we believe anyone who professes knowledge of such proof should have their day in court and should not be censored.

Suing Dominion to Juice MyPillow Profits? Do the Math.

In general, news outlets are reporting that Lindell has pushed “false conspiracy theories about the 2020 election.” According to Business Insider, the Dominion suit “alleged Lindell used those false theories to juice his company’s profits by integrating his pillow advertising into the right-wing media ecosystem.”

That claim seems ridiculous on its face. As a conservative Christian businessman, Lindell had already “integrated” into “the right-wing media ecosystem.” He didn’t have to do something like this. And as evidence that he really believes his allegations and isn’t just doing this to make money, Lindell claims that his business lost $65 million in deals with retailers over this issue, and he says that business is not coming back. The lawsuit points to these. He’s talking about huge retailers like Bed, Bath & Beyond; Kohl’s; and Costco.

Mike Lindell is much too smart as a businessman to do something this controversial in the hope of making money. He had to know the opposition he would face. The man obviously loves his country and believes in what he is doing. Saying Lindell did this to make money, as Dominion’s lawsuit claims, is kind of like the left’s allegation that Donald Trump ran for President to make money. Look at what politics has done to complicate their businesses and do the math; it makes no sense.

Nevertheless, as reported in Forbes, Dominion accuses Lindell of lying about their voting machines “because the lie sells pillows.”

Figuring out how to make that case might be keeping their attorneys awake nights. I know a good cure for that: a MyPillow, a mattress topper and some soft Giza Dream Sheets.

Dismissing Lindell Outright Would be Premature

Before Dominion sued him, Lindell made it clear he would welcome their lawsuit, as it would give him the opportunity to investigate the company. “I welcome Dominion to sue me,” he said in January. “I welcome it. Please.” And he hasn’t backtracked one bit on his claims, saying he plans to release several self-produced documentaries on the election. The announcement of his lawsuit was made during a livestream on his new alternative social media platform, “Frank,” at Frankspeech.com. At the time of this writing, very early Wednesday morning, there were still some glitches to be worked out on the site, with Lindell alleging a massive cyberattack.

On Monday, Lindell filed a motion to dismiss Dominion’s lawsuit against him, arguing that the CEO “knows that his statements regarding problems with the voting machines are true” and thus can’t show he was deliberately trying to defame them with false claims.

Lindell has got none other than Alan Dershowitz as an informal legal adviser. “I’ve been defending the First Amendment for 60 years,” Dershowitz said, “and I’m not going to stop now.” He said it was an important First Amendment case.

The New York Post has a story about Dershowitz getting involved.

Yes, the Post story does refer to Lindell’s claims of fraud as “baseless,” but never mind that, because dismissing them outright — currently obligatory at most news outlets — is premature. They’re not proven, but they’re not debunked, either. The point of election integrity for 2020 might be “moot,” as the Supreme Court is so fond of saying, but we have another election coming up in another year and a half, and if by then there’s any question about electronic voting left unresolved, we’ll have to go back to doing it the old fashioned way, with pen and paper in a contained system.

So if Dominion can prove they have a secure electronic system, they’d doggone well better do it, or else they need to be out. And that won’t be Mike Lindell’s fault.