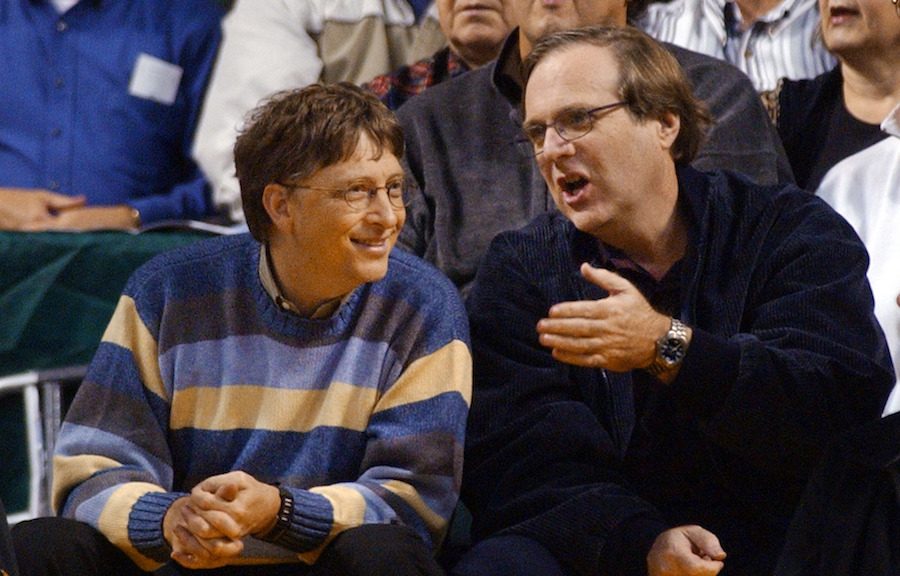 In this March 11, 2003 file photo, Microsoft Chairman Bill Gates, left, chats with Portland Trail Blazers owner and former business partner Paul Allen during a game between the Trail Blazers and Seattle SuperSonics in Seattle. Allen, billionaire owner of the Trail Blazers and the Seattle Seahawks and Microsoft co-founder, died Monday, Oct. 15, 2018 at age 65. Earlier this month Allen said the cancer he was treated for in 2009, non-Hodgkin’s lymphoma, had returned.

Hello, 2019: How People Greeted the New Year Around the World