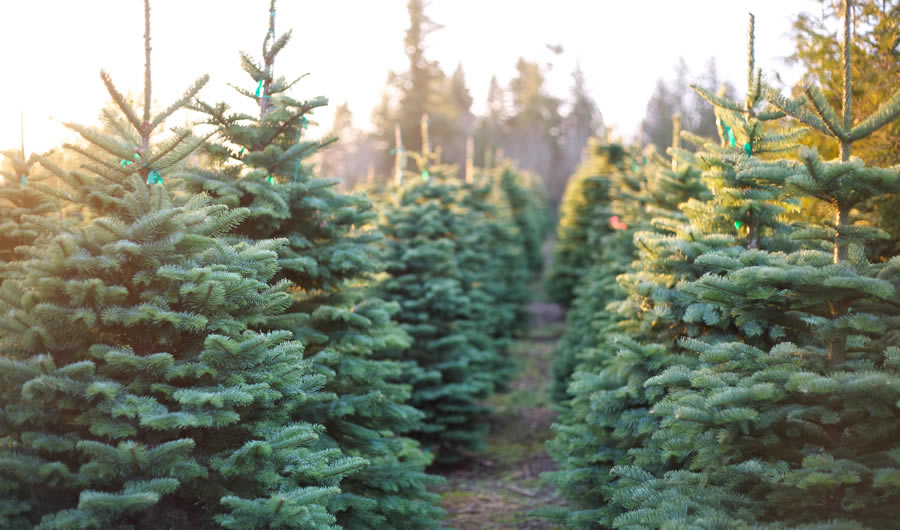 When your favorite tool is a hammer, every project looks like a nail, and apparently, a similar rule holds true for local government.

When said government’s favorite tool to get its way is threatening residents with ruinous, unconstitutional fines, its response to every problem is to threaten them with even larger, more ruinous — and more unconstitutional — fines.

It’s time that the court puts a stop to it.

Two years ago, brothers Gary and Matt Percy removed scrub brush from their property in order to plant Christmas trees for a Christmas tree farm.

The township of Canton, Michigan, decided to fine the brothers almost $500,000 — more than the property is worth — for removing “trees” (defined as anything with a 2-inch wooded stem) without a permit.

The brothers fought back by going to the local news media, and eventually, filing a civil rights lawsuit arguing that Canton’s tree ordinance is unconstitutional.

Canton responded with increasingly aggressive acts of harassment against the Percy brothers. Shortly after the Percys went to the media, Canton began sending threatening emails chastising them for talking to reporters.

Canton also called in several frivolous complaints against the Percys’ business, A.D. Transport Express, with state and county agencies — all of which were dismissed.

When that failed, Canton began sending local code-enforcement officers to A.D. Transport (which had operated safely there for 25 years) to search for potential code violations.

Such blatant retaliation for the exercise of civil rights violates the First Amendment, so the Percy brothers filed a separate federal civil rights lawsuit to stop the ongoing harassment in hopes that they could operate their business in peace while they litigate the tree-ordinance claims.

One might think that a city accused of retaliation would avoid taking additional action that might be construed as more retaliation. But like most bullies, Canton only knows one solution to its problems; namely, more bullying.

Canton responded to the Percys’ retaliation lawsuit by filing a counterclaim of their not having certificates of occupancy on four buildings, which A.D. Transport has used to operate its business for more than two decades.

As a penalty for this obvious and extreme assault on the health and safety of the people of Michigan, Canton is seeking $500 in fines per building, per day for the past two decades. That fine amounts to more than $16 million.

That action surely violates the Eighth Amendment to the Constitution, which prohibits “excessive fines.”

Cities have every incentive to levy huge fines to coerce compliance and to generate revenue. If they win, they pad their coffers. If they lose, nothing happens.

So why would Canton try something so obviously retaliatory and unlawful? Because in most cases, it would get away with it.

Individuals threatened with ruinous fines have every incentive to settle out of court with government, rather than risk losing everything. Fighting the government in court is both expensive and dangerous.

The typical government playbook includes a maze of motions and procedural fights that quickly run up legal bills, sometimes in excess of what a fine may have been in the first place. And even if the property owner prevails, judicially created doctrines of sovereign immunity make it nearly impossible for a property owner to recover damages.

Cities therefore have every incentive to levy huge fines to coerce compliance and to generate revenue. If they win, they pad their coffers. If they lose, nothing happens.

But not this time. The Percys have decided that they won’t be bullied. Represented by the Texas Public Policy Foundation, the Percys will continue to defend their constitutional rights and oppose this outrageous behavior by the township of Canton.

As important as government is for preserving the rule of law, history teaches us that it can also be the worst violator of the rule of law. We must oppose attempts to expand the role of government beyond its constitutionally enumerated duties.

We are created to be free. God values our freedom so much that He even gave us the power to reject Him. And we did. This put us under the bondage of sin. Still, God in His common grace has revealed ways for societies to restrain evil and achieve some measure of mundane freedom.

In free societies the government both protects and submits to the rule of law. It conforms to those realities outside it, including to the roles of individual persons, families, the Church and other institutions of civil society. Free societies protect private property. They allow their citizens to participate in the political process, to make basic economic choices, to exercise virtue and charity and to freely exercise their religious faith. These freedoms are indivisible: in the long run, political, economic and religious freedoms stand or fall together.

Betsy DeVos Should Get Feds Out of School Discipline Policy, Withdraw Obama-Era Guidance