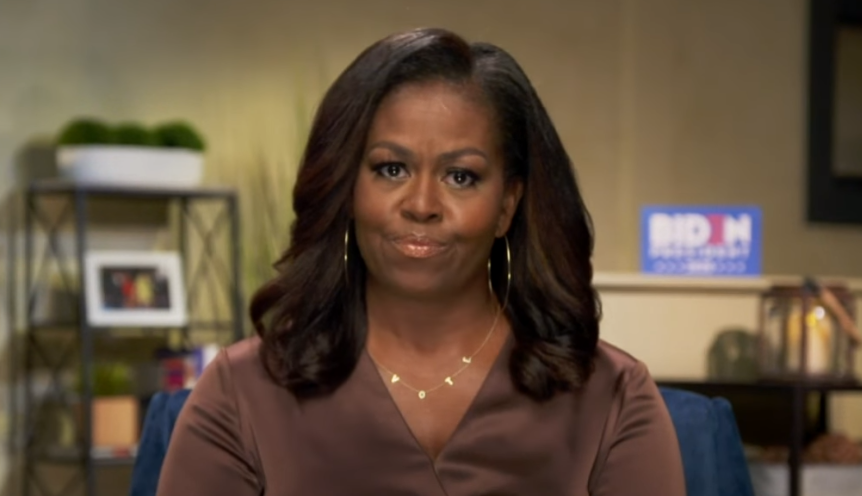 So I watched all two hours of the Democratic National Convention Monday night — primarily so you don’t have to. I consider it an act of public service.

A Bunch of Debbie Downers

And folks, what a bunch of Debbie Downers these Democrats have become.

No solutions. No vision. Only gloom, despair and agony. My take-away? These people truly hate President Trump.

Former First Lady Michelle Obama actually predicted the end of the world as we know it if the President is re-elected.

If you think things cannot possibly get worse, trust me, they can; and they will if we don’t make a change in this election. If we have any hope of ending this chaos, we have got to vote for Joe Biden like our lives depend on it.

See what I mean? Debbie Downer.

So let me be as honest and clear as I possibly can. Donald Trump is the wrong President for our country. He has had more than enough time to prove that he can do the job, but he is clearly in over his head. He cannot meet this moment. He simply cannot be who we need him to be for us. It is what it is.

“Trump is a Racist”

And of course it wouldn’t be an Obama speech without a deep dive into the “Trump is a racist” swimming pool.

And here at home, as George Floyd, Breonna Taylor and a never-ending list of innocent people of color continue to be murdered, stating the simple fact that a Black life matters is still met with derision from the nation’s highest office.

And yet she failed to mention those innocent people of color and police injured or killed during these months of unrest. People like Capt. David Dorn, killed in St. Louis, or black Trump supporter Bernell Trammell gunned down in Milwaukee.

It was, to borrow a phrase from Hillary Clinton, deplorable.

The Chorus Line of Blame

Mrs. Obama was just the headliner in a chorus line of Democrats who blamed President Trump for racism, unemployment, natural disasters and of course the China virus.

One unfortunate soul literally blamed President Trump for killing her father. I suspect we will be seeing more members of the “Trump Killed My Daddy” caucus.

It was a great big prime time mess with musical performances that wouldn’t make the opening round of the Eurovision Song Contest.

But perhaps the most egregious offense committed at last night’s convention — it was a snooze fest.

Mrs. Obama recently announced she had been diagnosed with low-grade depression — but based on that speech last night, I’d say she also has raging case of Trump Derangement Syndrome.

Perhaps she will be able to come to terms with how awful our nation has been to Black Americans while convalescing inside her $12 million dollar home.