Michael Wolff is the Misogynist the Left Loves 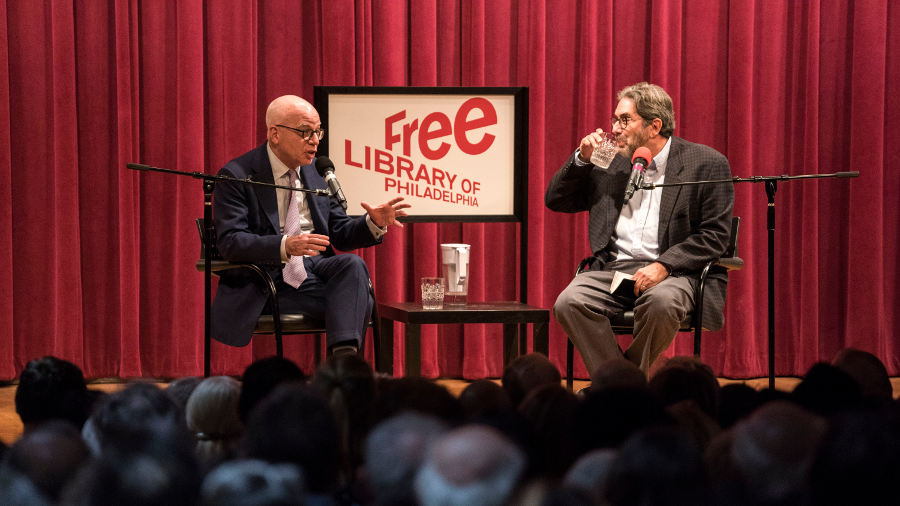 Conservative women who work for the Trump administration just can’t catch a break.

“I was absolutely sure [of the affair],” Wolff said. But “it was so incendiary.”

Wolff said he chose not to publish the account because he “didn’t have the blue dress,” referencing Bill Clinton’s affair with Monica Lewinsky.

Wolff didn’t name Nikki Haley during the interview, but dropped a trail of clues for readers to all but conclude he was referring to Haley.

“You just have to read between the lines,” he said. “It’s towards the end of the book … Now that I’ve told you, when you hit that paragraph, you’re gonna say, ‘Bingo.’”

Online speculation quickly pointed at Haley, and Wolff has done nothing to dispute that.

According to Politico, which asked Haley about the rumors in its “Women Rule” podcast, Wolff wrote in his book that Trump had been spending “a notable amount of private time with Haley on Air Force One and was seen to be grooming her for a national political future.”

(For the record, Haley told Politico she has “literally been on Air Force One once, and there were several people in the room when I was there.”)

Let’s take a moment to recap this situation from the vantage point of those who live by identity politics: A middle-aged white man suggested a minority woman slept her way to the top, citing zero evidence.

And yet somehow that’s acceptable.

Thus far, from what I’ve seen, those journalists have been silent on the Haley accusations.

To be fair, the journalists might be thinking that since Wolff didn’t make the allegations on their TV shows, why would they be responsible?

But that misses the fact that their attention helped give Wolff a big-enough platform to promote these kind of horrifying accusations.

“The idea that these things come out, that’s a problem,” Haley told Politico in her class-act response to the rumors.

“But it goes to a bigger issue that we need to always be conscious of,” she added. “At every point in my life, I’ve noticed that if you speak your mind and you’re strong about it and you say what you believe, there is a small percentage of people that resent that and the way they deal with it is to try and throw arrows, lies or not.”

Michael Wolff is a sad character. Watching interviews, I have sympathy for a man who is so desperate for fortune and fame that he is willing to defame the character of hardworking woman who has sacrificed so much for her career and country.

People like Wolff have always existed. What’s different now is that under the Trump administration, the media has a higher tolerance for tabloid news. In a desperation to delegitimize the president, they turn towards rumor-spouting hacks like Wolff, who admits to compromising longstanding journalistic norms at the expense of his victims.

Maher deserves to be ostracized from the #MeToo movement. No one who supports women would laugh at such a disgusting, unfounded allegation. (Consider this: How does it promote women in the workforce to imply that one of the highest-ranked women in the United States is engaged in a sexual affair with her boss?)

As for the rest of the media who made Wolff headline news, they owe Haley an apology for legitimizing a man who would smear her career in such a sleazy way.

For a moment there, I thought we were making progress in the #MeToo movement. Men were taking responsibility and promising change.

But after witnessing a late night news host laugh at the suggestion that Nikki Haley slept her way to the top, and watching journalists brush it off like it’s not their fault this person taken seriously, I realize we have a ways to go.

There’s nothing funny about a man reducing a woman’s career to a sexual encounter, and there’s nothing ethical about giving a gossip columnist a legitimate voice in our national debate.

Michael Wolff is a misogynist for suggesting Nikki Haley had an affair with the president of the United States without citing a shred of evidence. All those who’ve enabled him to get this far are at best complicit in this latest attack, and are at worst responsible for U.N. Ambassador Nikki Haley’s reputation now being called into question.

Walking Away From Iran Deal Could Be Trump Card for Success in North Korea Talks, Experts Say