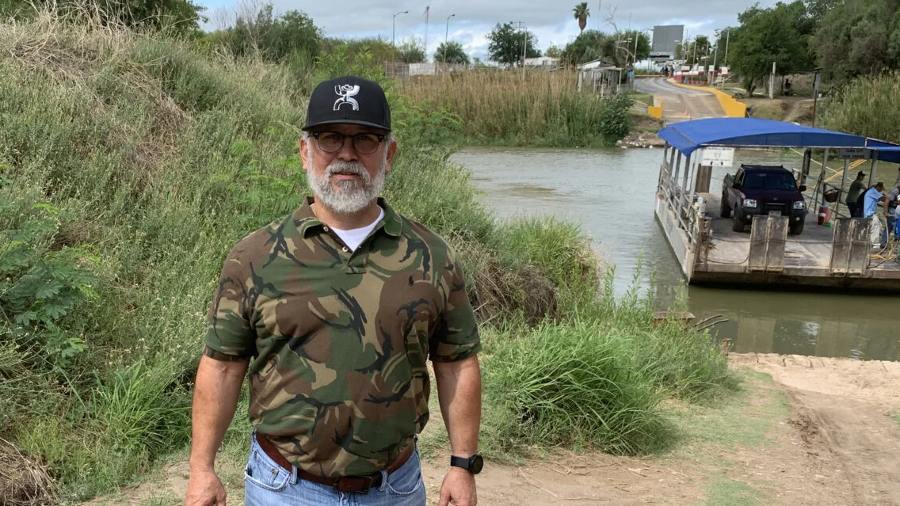 “They tend to recruit a lot of the younger crowd, because they know that the young kids are going to avoid prosecution [when caught], regardless if they have aliens or if they have narcotics as juveniles,” retired Border Patrol agent Michael Salinas told The Daily Signal in an interview.

“Some of them we’ve encountered in the past, folks or young kids that had just graduated [high school],” Salinas said. “I guess they’re not going to college; they got recruited, and now they’re running either undocumented-alien loads or narcotic loads.”

The Daily Signal interviewed Salinas last week during a border tour in South Texas sponsored by the Center for Immigration Studies, a think tank that favors strict enforcement of immigration laws.

Mexican cartels recruit young people to smuggle narcotics or human beings by going where they are — on social media platforms such as YouTube, Instagram, Snapchat, Facebook, and TikTok, Salinas said.

“They play a big role because that’s how [cartels] do their recruiting,” he said of social media, adding:

Snapchat, WhatsApp, Instagram, you name it, all the social media platforms are being used to recruit these folks. And it’s not always just the young kids, it’s just folks that want to make a quick buck, actually.

Salinas retired from the Border Patrol in October 2021 after reaching the mandatory retirement age of 57 with almost 34 years there.

“It has changed a lot because now most of the time, most of the interaction with the agents is right at your muster at the beginning of the shift, and that’s it,” Salinas said. “After that, you’re pretty much caught with either transporting, sitting, prepping these people for pickup, making sure that everybody’s searched, separated by female, male, family unit, you name it, to make the process easier to get them back to the station and then get them to the processing centers.”

Although differences between Biden and Trump on border security could be expected, Salinas said, Biden’s policies on illegal immigration have been worse than those of Barack Obama, whom Biden served as vice president for eight years.

“I really don’t think Obama said, ‘Hey, come on over. We’re going to end everything,’” Salinas told The Daily Signal. “I mean, he did through executive order, I believe, DACA and DAPA. That brought some folks in. But when you just say … in so many words, ‘The border is wide open, come on over,’ it’s been twice as bad.”

“The Biden administration sure has put a damper on operations, as far as border security is concerned,” he added.