Mental Health Improved for Only One Group During COVID: Those Who Attended Church Weekly 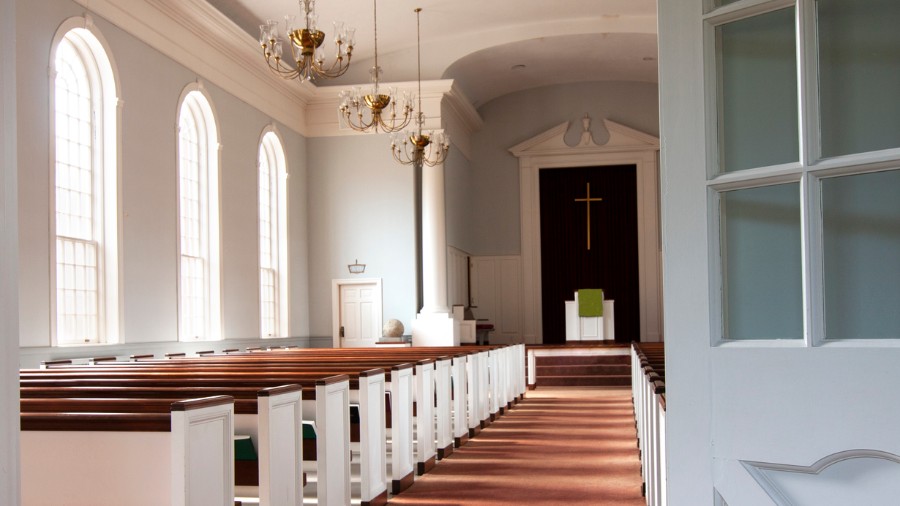 Poll results show that mental health improved for only one group of people during the coronavirus pandemic, and it’s a group that Democratic lawmakers repeatedly restricted.

Gallup polled a little over a thousand Americans over the age of 18 from Nov. 5–19 and found that only those who attended religious services weekly saw a positive change between 2019 and 2020 in how they rated their mental health.

No other Demographic group in the Gallup poll, which had a margin of error of ±4 percentage points and a confidence level of 95%, saw a percentage increase in rating their mental health as excellent.

34% of Americans say their mental health is excellent, down from 43% in 2019. https://t.co/kjobkuEEVD pic.twitter.com/U6mPW54ZSt

“Houses of worship and religious services provide so much more than just a weekly meeting place — they are where so many Americans find strength, community, and meaning,” the Becket Fund for Religious Liberty’s Director of Research Caleb Lyman told the Daily Caller News Foundation. “Findings from this year’s Religious Freedom Index — that 62 percent of respondents said that faith had been important during the pandemic — align with Gallup’s findings on the importance of religious services to Americans’ mental health.”

The Gallup poll results are particularly striking in contrast to Democratic lawmakers’ restrictions on houses of worship. Governors and mayors across the United States have issued orders throughout the pandemic that restrict or prohibit religious services, and the Department of Justice has pushed back against such restrictions on multiple occasions.

Conservative justices, including Justice Amy Coney Barrett, sided with religious organizations in the 5-4 ruling the night before Thanksgiving, while Chief Justice John Roberts sided with the liberal justices.

The majority said that Cuomo’s coronavirus restrictions on religious communities are “far more restrictive than any Covid-related regulations that have previously come before the Court, much tighter than those adopted by many other jurisdictions hard hit by the pandemic, and far more severe than has been shown to be required to prevent the spread of the virus.”

“New York’s restrictions on houses of worship not only are severe, but also are discriminatory,” Justice Brett Kavanaugh wrote in his concurring opinion.

“In light of the devastating pandemic, I do not doubt the State’s authority to impose tailored restrictions — even very strict restrictions — on attendance at religious services and secular gatherings alike,” Kavanaugh continued. “But the New York restrictions on houses of worship are not tailored to the circumstances given the First Amendment interests at stake.”

Cuomo’s office did not immediately respond to a request for comment for this story.

Earlier this year, the court sided 5-4 in favor of the liberal justices on COVID-19 religious restrictions in California and Nevada, according to CNN.

The DOJ has fought back against many of these restrictions. Attorney General William Barr set the tone for the DOJ’s attitude towards religious freedom during the pandemic by warning in an early April statement that “even in times of emergency,” federal law prohibits religious discrimination.

“Religion and religious worship continue to be central to the lives of millions of Americans,” Barr said. “This is true more so than ever during this difficult time.”

“Government may not impose special restrictions on religious activity that do not also apply to similar nonreligious activity,” the attorney general added. “For example, if a government allows movie theaters, restaurants, concert halls, and other comparable places of assembly to remain open and unrestricted, it may not order houses of worship to close, limit their congregation size, or otherwise impede religious gatherings.”

Since this statement was issued, the DOJ has intervened in multiple cases of government crackdowns on churches and pastors, specifically in Nevada, California, Oklahoma, Illinois, Virginia and Mississippi.

The DOJ did not immediately respond to a request for comment from the Daily Caller News Foundation for this story.