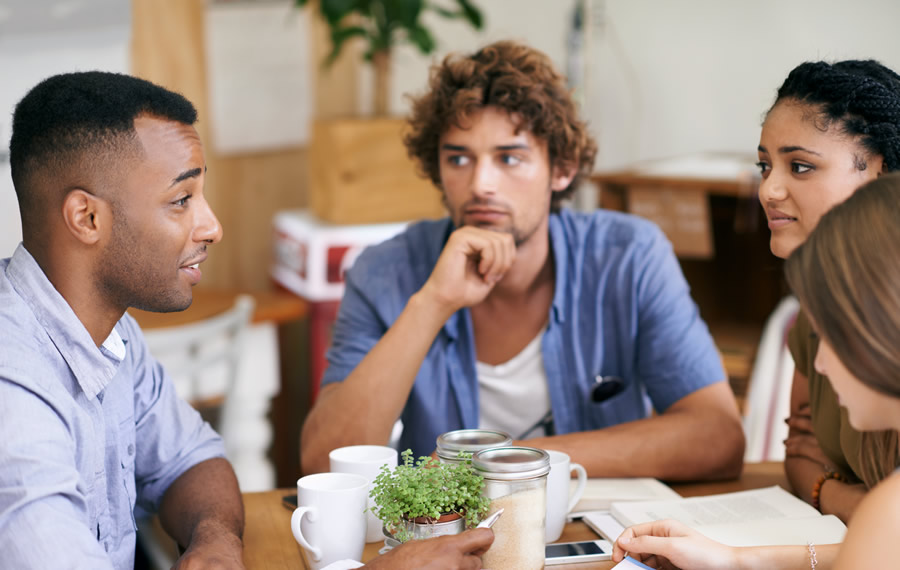 It seems silly this objection is given so much attention. Unfortunately, any male pro-life advocate involved in the abortion debate will eventually, at one time or another, hear something like the following protest from an abortion-choice female:

You’re a man. Men can’t get pregnant. Abortion is a women’s issue. Therefore, you can’t speak on abortion.

Or the more popular slogan, “No uterus, no opinion.” Pro-life advocates have been quick to offer persuasive rejoinders.

First, arguments don’t have gender.[1] A pro-life woman could just as easily present the exact same arguments and evidence for the pro-life view. Gender is irrelevant when it comes to truth, morality, and speaking out against injustice. Furthermore, women disagree on abortion just as men do. Christopher Kaczor points out in his book The Ethics of Abortion,

Pro-life women who offer persuasive arguments for the pro-life view cannot be so easily dismissed with “no uterus, no opinion.” But if that’s the case, why should men who put forward the same arguments and evidence?

If men are not allowed to address the abortion issue, it seems odd that abortion-choice advocates would consistently appeal to Roe v. Wade. After all, Roe was decided by nine men.

Second, if men are not allowed to address the abortion issue, it seems odd that abortion-choice advocates would consistently appeal to Roe v. Wade as justification for their view. After all, Roe v. Wade was decided by nine male Supreme Court Justices. “But,” the feminist philosopher may respond, “those male justices supported a woman’s right to choose.” True, but now you are engaging in special pleading. You are putting forth a general principle (“men can’t speak on abortion”) while making a special exception because it favors your position (“men can speak on abortion if they agree with me”). That won’t work.

These first two rebuttals are important to remember. But there is also an underlying problem assumed in the objection itself, and this relates to the area of epistemology.

Confused yet? I hope not. These distinctions are important because the underlying problem with the abortion-choice slogan “no uterus, no opinion” is that it equivocates between propositional knowledge and experiential knowledge.

How so? When the abortion-choice advocate says something like “You’re a man” or “Men can’t get pregnant,” I understand them to be making the following claim:

1. Men cannot know what it is like to be pregnant.

Notice the type of knowledge implied is experiential knowledge. Men cannot know what it is like to be pregnant. Fair enough. That’s true. Men will never know what it is like (experientially) to be pregnant. But then, based on this lack of experiential knowledge, the abortion-choice advocate goes on to conclude that “abortion is a women’s issue” and “men can’t speak on abortion.” In other words, they are implying that because men cannot become pregnant, this somehow disqualifies them from making any moral judgment whatsoever on the issue of abortion. It’s not merely that men are trying to “force” their views onto women, but rather that men don’t possess the requisite knowledge in the first place (because they are male) and therefore are not qualified to speak. In making this second claim that “men can’t speak on abortion,” the underlying assumption seems to be:

Notice however that this second claim is no longer dealing with experiential knowledge but rather propositional knowledge. The abortion-choice advocate seems to be claiming that because men cannot know (experientially) what it is like to be pregnant, they cannot know (propositionally) that abortion is immoral and therefore have no right to speak on the issue. But this conclusion doesn’t follow and fails to distinguish between the two types of knowledge, making it guilty of the fallacy of equivocation. In other words, no uterus (experientially), no opinion (propositionally).

By way of counterexample, imagine if a man told a woman she couldn’t speak out against the immorality of male pedophilia. After all, a woman doesn’t know what it is like to be a man, doesn’t have a penis, and therefore should not be speaking on men’s issues.[5] No penis, no opinion. That would be ridiculous, but no more ridiculous than a woman telling a man he cannot speak out against the unjust killing of innocent human life in the womb simply because he is male.

The lack of experiential knowledge of what it is like to be pregnant is irrelevant to knowing the truth of the conclusion: elective abortion is wrong.

The logic of the pro-life view is very simple and straightforward:

The truth of premise 1 can be known by intuition and supported by moral philosophy, while the truth of premise 2 can be known and argued through the science of embryology. There is nothing mysterious in the statements above that would prevent a man from understanding the propositional content of this valid argument. The lack of experiential knowledge of what it is like to be pregnant is irrelevant to knowing the truth of the conclusion: elective abortion is wrong.

The discussion above is the long way around helping us understand the following: you don’t need experiential knowledge of pregnancy or womanhood in order to possess the moral knowledge that it is wrong to kill innocent human beings. “No uterus, no opinion” is wrong for many reasons, one of the more foundational being in the area of epistemology. The moral of the story is that not only can men speak on abortion, but also they should. We need more pro-life men willing to speak up to protect the innocent, defend the defenseless, and be a voice for the voiceless.

[1] Or as Philosopher Francis Beckwith has quipped, “Arguments don’t have penises.”

[3] Actually, three types: propositional knowledge, knowledge by acquaintance, and know-how. But only the first two are relevant to our discussion.