Memo to the Washington Post: The Bible Does Reject ‘Transgender’ Behavior

If the WashPo doesn't like what the Bible says about transgenderism, they should say so rather than distort the truth to peddle their ideologies. 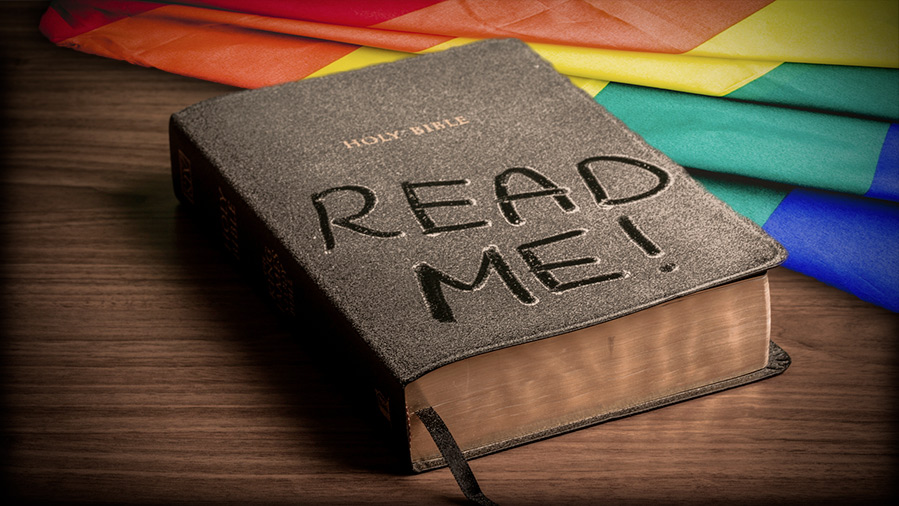 With the op-ed “Where in the Bible does it say you can’t be transgender? Nowhere” (Aug. 26), the Washington Post apparently feels no embarrassment from publishing such a poorly executed attempt at exegesis of the biblical text (this from 3 weeks ago; it’s hard to keep up with nonsense). I had already responded on Aug. 15 to a badly done New York Times op-ed that claimed that the Bible depicts God as transgendered and affirms gender fluidity. The WashPost op-ed arrives at a similar ideological objective (i.e., claiming that the Bible is not opposed to transgenderism) but from a different angle. Rather than make the case that the Bible endorses transgenderism it attempts to argue that “there is not a single verse in scripture that discusses transgender identities.”

The author is a certain Eliel Cruz who is identified as “a bisexual Christian writer” and “executive director of Faith in America” (a organization which, according to his bio, is “dedicated to ending religious based bigotry towards LGBT people”). I see no evidence that he has any academic expertise in the field of biblical studies (just the kind of person the Post is eager to get?). His three arguments are as follows.

Cross-Dressing or Transgenderism: What’s the Difference?

Cruz claims that the reference in Deuteronomy 22:5 women who wear men’s clothes and men who wear women’s clothes as “an abomination (abhorrent, detestable) to Yahweh your God” is about cross-dressing and not transgenderism.

In the ancient Near East, this is a distinction without much of a difference. Almost certainly at least some of these figures (probably most of the men) were connected with the indictment of the so-called qedeshim: literally, “cult figures” or self-named “sacred ones,” connected with idolatrous cult shrines (Deut 23:17-18). These men thought themselves possessed by an androgynous deity. As self-perceived women in male bodies they attempted to erase their masculine identity with feminine dress, manners, occupations, and sometimes even castration.

Comparable Mesopotamian figures were known as the assinu, kurgarru, and kulu’u. A later manifestation were the Greco-Roman figures known as the galli, connected with the Great Mother Cybele. In Deuteronomy and the Deuteronomistic History (Judges thru 2 Kings) they were condemned for having committed an “abomination” (1 Kings 14:24; 15:12 22:46; 2 Kings 23:7). The biblical writers rejected any presumption that these birth-males were females.

Centuries later the apostle Paul referred to the malakoi (“soft men”; a Greek term, the Latin equivalent of which was molles), men who deliberately feminized themselves, sometimes to attract male sex partners, through dress, mannerisms, hairstyle, and at times even castration. This is a more generic term and necessitates no cultic connection (though in some cases there was such a connection). Paul listed such figures among those who, without repentance, would not inherit the kingdom of God.

Cruz then claims that Genesis 1:27, “male and female he created them,” carries no binary implications. He cites the use of “and” in the phrase “the heavens and the earth” (Gen 1:1) and in the reference to God as “the alpha and the omega” (Rev 1:8) as including “everything in between.”

Yet the understanding of the phrase “male and female” as implying a sexual binary is all too obvious. In the few times that this exact phrase is used elsewhere in the Hebrew Bible it always indicates a sexual pair: Gen 5:2 (genealogy fulfilling command to “be fruitful and multiply,” similar to 1:27) and 6:19; 7:3, 9, 16 (animals going into the ark “two by two”).

According to Mark 10:5-9 (parallel in Matt 19:4-6), Jesus cited “male and female he created them” in Gen 1:27 alongside Gen 2:24 (“For this reason a man shall … be joined to his woman and the two shall become one flesh”) in order to establish a principle about duality of number in sexual relations. In short, Jesus predicated a limitation of two persons to a sexual union on the foundation of a divinely designed complementary sexual pair.

A century before Jesus the Jewish sectarian group known as the Essenes likewise applied the same principle from Gen 1:27, this time in connection with the duality of number in the Noah’s ark narrative (“two by two … male and female”), to reject polygamy among their adherents, calling the male-female requirement for sexual relations “the foundation of creation.” Jesus went further in applying the principle to a rejection of divorce/remarriage for any cause.

So Jesus clearly saw binary significance to the phrase “male and female.” His citation of Gen 2:24 confirms this, when he includes a reference to “the two” (man and woman) becoming “one flesh.” Mention of “the two” is missing from the Hebrew text of Gen 2:24 but all the other versions (Greek Septuagint translation, Aramaic Targums, Latin Vulgate, Samaritan Pentateuch) pick it up as obviously implied in the original.

Cruz appeals to the “intersex” also, even though this is a separate issue from so-called “transgenderism.” The appeal to “intersex individuals” is akin to an appeal to conjoined twins as a basis for rejecting a standard of monogamy. It makes as a basis for imploding the entire standard an extraordinarily rare exception, where something goes developmentally wrong in nature’s processes (e.g., an inhibition of testosterone production or sensitivity, or an XXY in an essentially male child). The overwhelming percentage of the tiny subset of the population often categorized as “intersex” do not in fact straddle equally between two sexes but are marked predominantly as one sex or the other in terms of the possession (or lack) of a mostly functioning X chromosome.

When Jesus discusses briefly “eunuchs (eunouchoi) who were born so from the womb of their mother” (Matt 19:12) he rejects neither the binary male-female foundation for marriage nor the principle of duality of number secondarily derived from the foundation that he had just established (19:3-9). On the contrary, he presumes that if “born eunuchs” cannot enter the covenant of marriage as “men” they must remain celibate.

It is lamentable that the Washington Post is more interested in propaganda for the “transgender” cause than in credible scholarship. If they don’t like what the Judeo-Christian Scriptures have to say, then they should just say so rather than attempt to distort the witness of these texts in order to service their tainted ideological objectives. When the ends justify the means, all trust is lost in the integrity of the alleged journalism.

Robert A. J. Gagnon is associate professor of New Testament at Pittsburgh Theological Seminary and author of The Bible and Homosexual Practice.