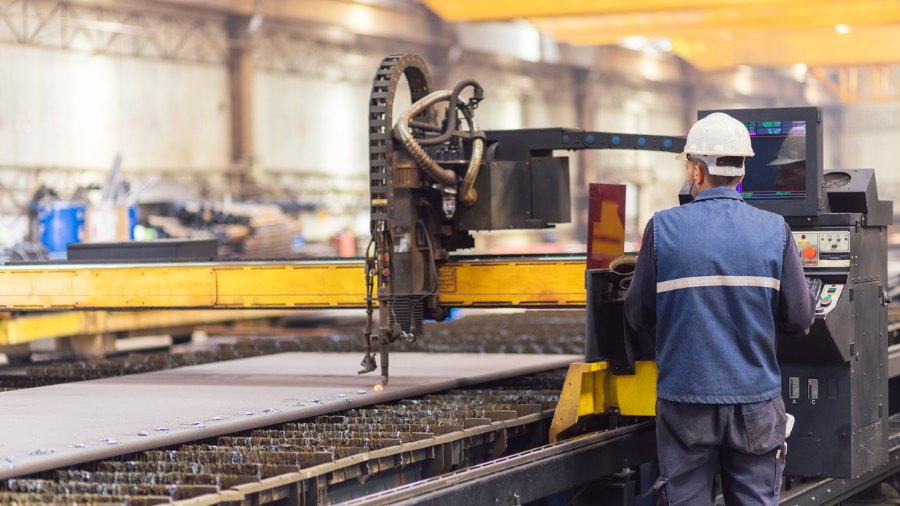 “My book of business for the next month and a half was just gone,” Erik Kiilunen, who runs Kiilunen Manufacturing Group (not pictured), said.

After Michigan Gov. Gretchen Whitmer issued executive orders forcing the closure of many of the state’s businesses amid the coronavirus pandemic, small-businessman Erik Kiilunen said he saw $600,000 in contracts disappear overnight.

“My book of business for the next month and a half was just gone,” he told The Daily Signal in a phone interview. “It really hit hard. I didn’t have any choice. I laid off everybody. I said, ‘Guys, we’ve got nowhere to go.’”

But Kiilunen is fighting back.

Thursday was “Take Yourself to Work Day” in Michigan, which was set to coincide with President Donald Trump’s visit to the state. The event — a takeoff on the annual Take Your Child to Work Day — was sponsored by the group All Business is Essential, an effort Kiilunen launched after reopening his businesses in defiance of the state orders.

Trump on Thursday afternoon visited Ypsilanti, Michigan, where he met with African American leaders and then toured and delivered remarks at the Ford Rawsonville Components plant, part of the Ford Motor Co.

“A country wasn’t meant to be shut down. We did the right thing, but now it’s time to open it up,” Trump said at the Ford plant. He later added, “To protect the health of our people, we must have a functioning economy … Americans who want to return to work should not be vilified. They should be supported.”

Michigan has had one of the strictest coronavirus regimens for closures in the country, which has prompted protests throughout the state.

“About three weeks ago Sunday, I was stomping around the house, just frustrated that I had been shut down at that time about three weeks,” said Kiilunen, who was too far away to meet with the president. “I’m thinking, ‘Will somebody please speak what’s on my mind?’ And nobody would. I caught a glimpse in the mirror and thought, ‘You know what? If nobody else will, I will.’”

Whitmer’s executive order mandates retailers control crowd sizes to no more than four people for every 1,000 square feet of floor space; orders stores to “refrain from the advertising” of nonessential items; closes off areas that sell “carpet or flooring, furniture, garden centers and plant nurseries, and paint”; and bans residents from visiting other homes, stating “public and private gatherings of any number of people occurring among persons not part of a single household are prohibited.”

After deciding to speak out, Kiilunen set up an online Go Fund Me page to talk about restarting the economy in a sensible way. It raised $10,000 in 48 hours, he said. Then, after he got about 45 minutes of airtime on a local radio interview, he said his phone began ringing off the hook, and the Go Fund Me page raised an additional $20,000. With that, he bought 23 billboard spaces across the state that said: “All Business is Essential.”

Kiilunen reopened his own businesses, giving employees the option of returning, but let them know their jobs would be there if they didn’t. He said about 90% are back. None of the workers caught the virus, he said, adding:

I went public with it. If you’re going to find me, come get me. If I’m guilty for feeding 30 mouths, if that’s my crime, I’m guilty as charged.

Kiilunen takes exception to being called “reckless,” saying the governor is operating out of fear of what might happen.

I ask you, who is more reckless? If she shuts down the economy for five months, kills 50% of the state’s income and puts another 2 million people destitute, then you go from 1.7 million unemployed to 2 [million to] 3 million unemployed, who is going to feed them, and who is going to be responsible for the conditions people are living in, for the health problems we have, for the families we’ve destroyed, for the hospitals we’ve destroyed?

I can put a number on that. We can do that. That’s guaranteed to happen. This isn’t an ‘if.’ If we put this country into a depression, I promise you the destitution will be significantly higher than anything COVID can hope to make.

Kiilunen said he never set out to be an activist and is a natural introvert, but once he started this, he established three goals: to “eliminate fear,” “educate the public,” and “restart the economy.”

“If you want to put me on a stage, I can do a stage if I have to, but let me go into a lab and build equipment or do something with chemistry, and I’m a happy man,” he explained. “But when you start screwing around with my family, my livelihood, no. I’ve worked too long and too hard.”

He also criticized Whitmer for seeking a federal bailout of the state, one of several governors to do so.

The only way you can create wealth is to harvest it, to mine it, or to manufacture it. That’s where wealth comes from. Everything else is window dressing. We do all three things in spades in Michigan.