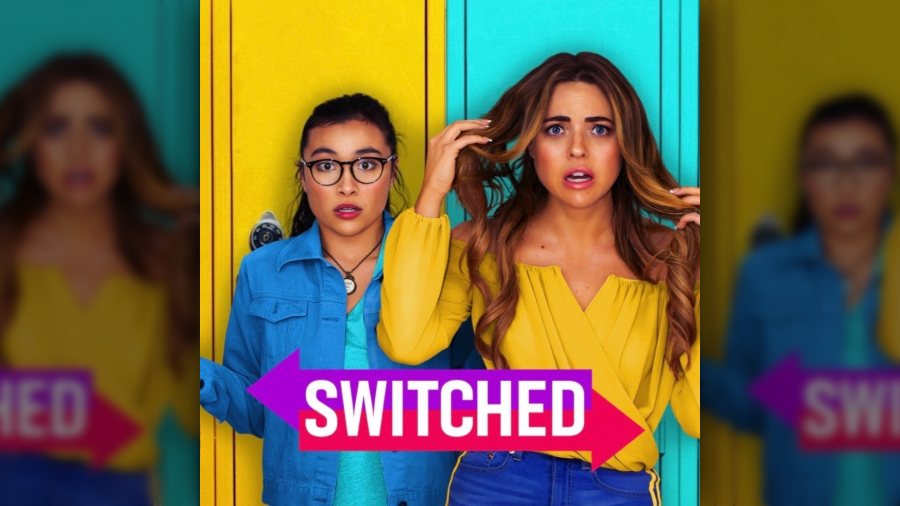 Sisters Andrea Polnaszek and Alexandra Boylan are teaming up to bring audiences both heartfelt and transformative messages.

The sisters, who recently shared their filmmaking journey with Pure Flix Insider, detailed their pathways into Hollywood as well as the details and heart behind their newly-released movie, Switched.

Listen to Polnaszek and Boylan talk about the inspiration behind Switched:

The film, which is great for the whole family, recounts how the girls wake up “switched” and find themselves literally seeing the world through the other person’s eyes.

“They go on to find empathy and love and compassion for each other,” Boylan added.

A Heartfelt and Transformative Message

It’s an important plot-line during a time when many are feeling disconnected and misunderstood, with bullying plaguing the lives of many youths and with incivility oft-times dominating conversations and cultural trends.

As it turns out, Polnaszek said the sisters were motivated to bring Switched to life, in part, based on their own experiences. The producer and writer said that both she and her sister felt “misunderstood” growing up.

“Alexandra and I are both minister’s kids, and there’s a lot that goes with that title when you go to middle school and high school,” she said. “We each experienced … bullying and just maybe assumptions in unique ways about who we are and what we are.”

Boylan’s comments mirrored this experience, as she said she “vividly” remembers the torment.

“I was bullied really bad as a kid,” she said.

For example, the sisters would often need to go to their church basement to pick used clothes to wear due to financial constraints, and Boylan said kids would mock them as a result.

This experience later gave them compassion for others who might be facing various struggles and, in turn, a pertinent and timeless message to share.

“If we could walk a day in that person’s shoes,” Boylan said. “We need to love on them instead of making fun of them.”

It Started With a Dream

As for how the filmmaking sisters went from being a pastor’s kids to talented movie-makers, it all started with Boylan’s decision to move to Los Angeles at age 19 with the dream of performing in feature films.

“I moved out to L.A. all by myself,” she said, offering a lighthearted summary of her time there. “I got kicked around for 10 years.”

Later, she started making independent movies, and after successfully making a thriller and finding some success, her sales agent said something that stopped her in her tracks: “Why don’t you make faith-based films?” It was a suggestion that, on the surface, seemed completely out of line with her trajectory — but Boylan knew there was something there.

“I walked away from the meeting going, ‘Oh my gosh, God just called me to make faith-based films,” she said. “I’m so glad He called me to do it.”

As for Switched, Boylan and Polnaszek are hoping that the film speaks life into viewers, helping them live out the biblical command to love others; the movie explores the complexities of this oft-times difficult calling.

“Hollywood has sold us sort of this fantasy love,” Polnaszek said. “If you really look at the way that Jesus defines love, it’s really hard. It’s not hearts and balloons and flowers all of the time. It’s actually really hard.”