Meet the Privileged Yale Student Who Shrieked at Her Professor 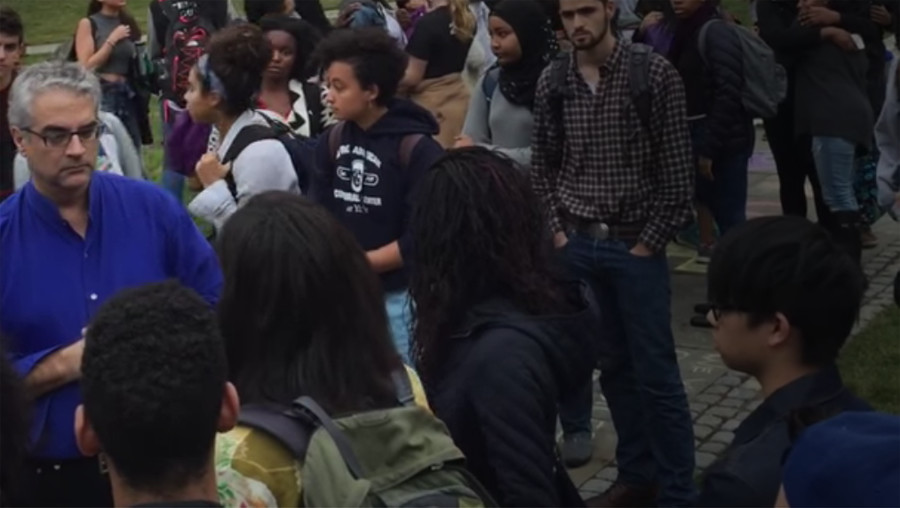 The infamous “Shrieking Girl” at Yale University who now famously berated a professor for not making Yale a “safe space” is from a relatively privileged background and has been frantically moving to delete her online presence, an investigation by The Daily Caller News Foundation reveals. Also, despite shrieking “Who the **** hired you?” in the notorious video, it turns out the student herself played a role in his hiring.

Last week, a massive controversy erupted at Yale over statements made by Nicholas and Erika Christakis, two professors who also serve as the heads of Silliman College, a residential college at Yale. Erika had sent out an email before Halloween criticizing efforts at the school to censor Halloween costumes, which sparked a massive backlash and calls for the two to resign as the heads of Silliman. That controversy led to a confrontation last Thursday, where a student screamed at Christakis to “be quiet” as he tried to explain his position, and then called him “disgusting” and said he “should not sleep at night” because of what he’d done.

Initially, the student in the video was unknown, but The Daily Caller News Foundation has independently confirmed the student to be Jerelyn Luther, a senior at Yale. Luther was identified in part thanks to a brief glimpse of her face in footage of Thursday’s encounter, which matches pictures of Luther that are available online. 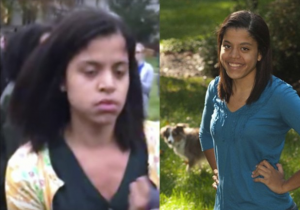 Jerelyn Luther at the protest (left), and then in her work profile at Creative Concepts (right).

Luther was a master’s aide (a kind of student administrative assistant) this fall for Silliman College, where the controversy is centered. In the last few days since the video emerged online, Luther has been rapidly moving to obscure her online presence. Her LinkedIn page, though it still comes up in Google search results, has been deleted, as have her Twitter and Facebook pages.

Luther is vanishing from more than just social media. While she was on the list of Silliman master’s aides as recently as Nov. 6, she’s disappeared from the current page, indicating that she may have quit her post. She also had a profile page at the website for her mother’s company, Creative Concepts, but that page has now vanished as well.

What limited information can be found about Luther, though, indicates a privileged background that makes her tirade against Christakis all the more baffling. Besides the obvious privilege inherent in being able to attend Yale, one of the world’s most elite (and expensive) universities, Luther also hails from the wealthy, low-crime city of Fairfield, Connecticut. Her family home isn’t luxurious but has an appraised value of more than $760,000. Her short profile at The Yale Globalist describes her as an avid traveler who wants to visit at least 3/4 of the world’s countries, a hobby that’s hardly available to the impoverished.

One of the most fascinating revelations regarding Luther’s identity, though, is the fact that she played a role in Christakis becoming master of Silliman College in the first place. In her tirade, Luther screams “Who the **** hired you?” at Christakis. But further research reveals that Luther actually served on the search committee that chose Christakis as the master of Silliman College. So, when Luther screams “who the **** hired you,” the answer is, in some part, herself.

Calls to Luther by The Daily Caller News Foundation were not immediately returned.

Your Kid Goes to Yale? So What?