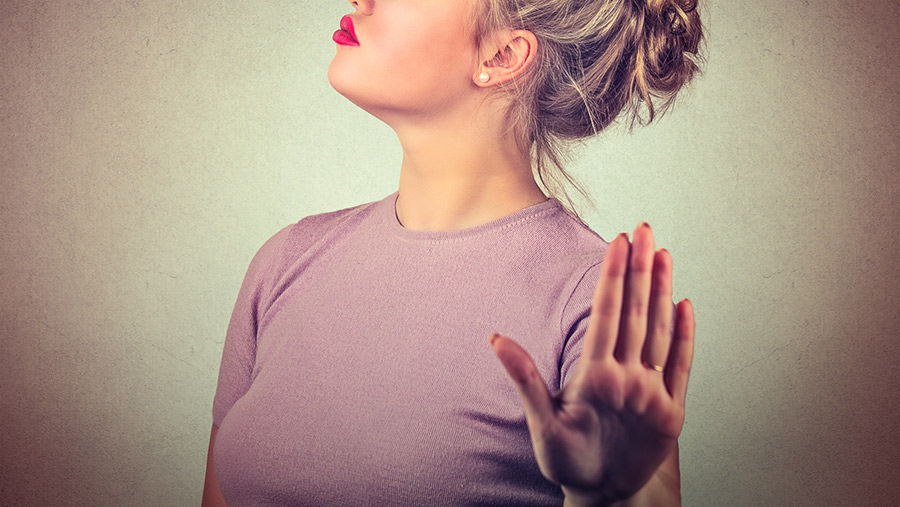 During President Trump’s speech in Warsaw, Poland, on Thursday, he memorialized Pope John Paul II’s momentous 1979 visit to the city.

For many historians, the Polish-born pope’s mass in Victory Square, more than anything else, set in motion the events that led to the fall of the Berlin Wall a decade later and the dissolution of the Soviet Union soon thereafter. The people in attendance knew exactly what President Trump meant when he spoke of how the millions of Poles attending that mass “did not ask for wealth. They did not ask for privilege. Instead, one million Poles sang three simple words: ‘We want God.’ ”

But I wasn’t in the audience; I was watching it on TV and following Twitter’s response to the speech. It was remarkable how many people immediately assumed Trump was talking crazy or just making stuff up (I am paraphrasing very charitably here).

I understand that response. Trump often does say crazy things. He does make stuff up — but usually not in prepared texts at big events.

It struck me how a lot of our political polarization is fueled by plain old ignorance.

Now, ignorance gets a bad rap. All ignorance means is that you lack knowledge about something. Ignorance isn’t necessarily something to be proud of, but it need not be a cause for embarrassment or shame, either. I’m pretty ignorant about botany, the history of the Republic of Chad, the entire Kardashian oeuvre and countless other things. None of this burdens my conscience much.

The problem is that ignorance, being the absence of knowledge, is a vacuum, and nature abhors a vacuum. “The greatest enemy of knowledge is not ignorance; it is the illusion of knowledge,” Daniel Boorstin, one of my favorite historians, once noted.

One unappreciated factor of our country’s ideological and political polarization is the widespread historical ignorance.

It is a common human foible to think you know more than you do and to assume that when someone, particularly someone you don’t like, says something you don’t understand that the fault must be in the speaker, not the listener. “It’s a universal law — intolerance is the first sign of an inadequate education,” observed Alexander Solzhenitsyn. “An ill-educated person behaves with arrogant impatience, whereas truly profound education breeds humility.”

Ideological and political polarization is a big concern these days, and commentators on the right and left have chewed the topic to masticated pulp. But it occurs to me that one unappreciated factor is widespread historical ignorance, and the arrogant impatience of reaching conclusions before thinking. The instantaneity of TV and Twitter only amplifies the problem.

For instance, on the Fourth of July, NPR’s Morning Edition tweeted out the text of the Declaration of Independence, 140 characters at a time. The angry responses, from left and right, were a thing to behold. “Are you drunk?” “So, NPR is calling for revolution,” “Glad you’re being defunded, your show was never balanced,” and so on.

Today, we face a multitude of challenges that can only be met by people with a modicum of historical literacy.

World War II and the Cold War, particularly Vietnam, used to define the intellectual framework for how we understood many events. For people in their 30s, that framework changed to the Iraq War and the War on Terror. In my more curmudgeonly moments, it seems like the new paradigm for millennials (and the journalists and politicians who pander to them) isn’t some major geopolitical test or moment but the adventures of Harry Potter. Having never read the series, I also don’t read the countless articles using the books to explain the political climate, but I do marvel at their ubiquity.

It should go without saying that a children’s book about a magical boarding school for wizards is of limited utility in understanding, well, just about anything in a world without wizards.

I once heard a story second-hand of a general who was talking to an audience full of 20-somethings. He was explaining how the War on Terror challenged his generation’s mindset. “I spent most of my career worrying about the Fulda Gap,” he said. To which one “educated” fellow reportedly replied, “I know that Gap! It’s in a mall near my house.”

The Fulda Gap is the location in the German lowlands where the Soviets were most likely to launch an invasion of Europe.

Today, we face a multitude of challenges, at home and abroad, that can only be met by people with a modicum of historical literacy. If only Harry Potter could cast a spell to give it to us.

Jonah Goldberg is an editor-at-large of National Review Online and a visiting fellow at the American Enterprise Institute. You can write to him by e-mail at JonahsColumn@aol.com.

A Celebration of Gifts and of Giving Back

Why Do Christians Close Their Eyes When the World’s On the Attack?