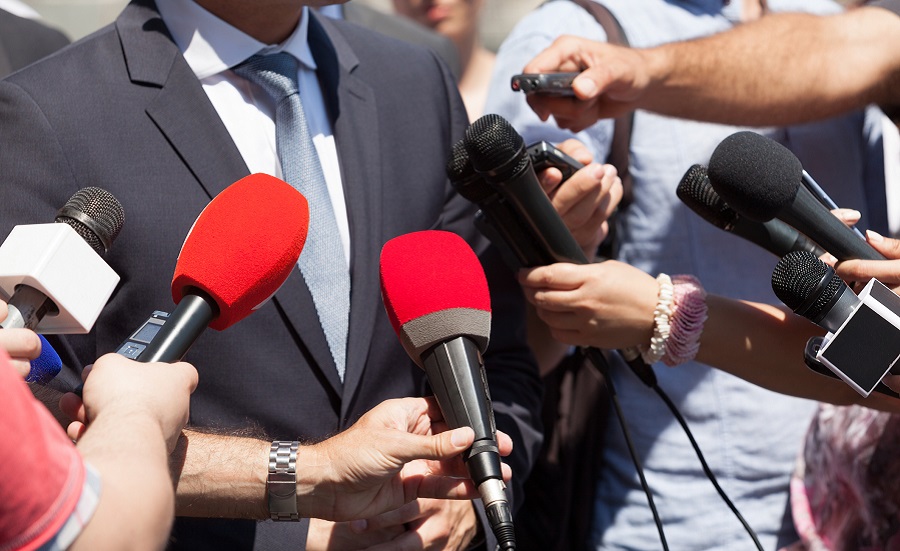 The liberal media are urging Joe Biden to form a shadow government to upstage President Donald Trump’s crisis response effort, which illustrates its consuming partisanship — and its insufficient attention to the health and welfare of the American people.

MSNBC host Stephanie Ruhle floated the idea during an interview with former Barack Obama staffer Jim Messina. Referring to Trump’s COVID-19 daily press briefing, Ruhle asked, “Should Joe Biden be counterprogramming that? Should he be creating his own shadow government, shadow Cabinet, shadow SWAT team, and getting up there at a podium every night, saying, ‘Here’s the crisis we’re in. Here’s what we need to do to address this’?”

I’ll concede that if Biden were to follow Ruhle’s ludicrous suggestion, Trump would be the biggest beneficiary. If some are still unaware of Biden’s diminishing competence, they would certainly learn of it in counter-press briefings. But let’s not get sidetracked with our own partisan ruminations when we should be working together to mitigate Americans’ medical and economic hardships.

What the Media Really Want

Sadly, the media can’t get beyond their obsessive hatred for Trump to approach this moment with even minimal clarity. We witness this repeatedly at the briefings. Some reporters seek to elicit facts that will help inform the public, but far too many are there to grandstand, and to embarrass and shame the president.

They sling their gotcha questions, hoping to trick Trump into admitting he didn’t act quickly enough and isn’t effectively overseeing the distribution of equipment and other aid to the states. Some have very nearly accused Trump of causing American deaths.

Aside from the spuriousness of their claims, these questions are utterly inappropriate and counterproductive at briefings whose purpose is to update the American people on our battle against the coronavirus and on plans to reopen the economy.

Accusing President Trump of an initially tardy response, even if true (which it isn’t), distracts our attention from combating this pandemic. It may satisfy their Trump-hating lust, but it serves no constructive purpose. If they want to pursue yet another investigative crusade against Trump in time to damage him before the November election, how about they wait just a few more months while the adults try to alleviate real pain befalling real people?

The idea of a shadow government is not just ill-motivated; it is absurd. Who are these clowns kidding? The president’s principal medical advisers on this crisis, Dr. Anthony Fauci and Dr. Deborah Birx, are certainly not Republicans telling Trump whatever he wants to hear. If they’re paying attention, they also know that Trump is respectfully considering their every word and, in most cases, deferring to their judgment. The media were aghast when Birx shattered their narrative of Trump as an inattentive lummox. “He’s been so attentive to the scientific literature and the details and the data,” said Birx. “I think his ability to analyze and integrate data that comes out of his long history in business has really been a real benefit during these discussions about medical issues.” So do I.

The media have tried to drive a wedge between Fauci and Trump, but neither of them would have it. Fauci has insisted that there is little, if any, inconsistency in their positions. There is no tension between Trump and these doctors in the briefings. Fauci has also been quite clear in disabusing Trump’s media prosecutors of their claim that Trump was delinquent in responding to the crisis — because if Trump was late, Fauci was even later.

So what would these armchair quarterbacks hope to accomplish through their fantasy shadow team, other than keeping Joe Biden in the limelight by presenting some bogus alternative to the administration’s leadership?

As it turns out, Ruhle wasn’t the first to pitch the shadow government concept. On March 23, Washington Post opinion writer Paul Waldman proposed it. “In Britain, the opposition party maintains a ‘shadow’ cabinet, a group of spokespeople assigned the same policy areas as the ministries of the government, to offer the opposition’s view on whatever issue is being discussed at a given moment,” wrote Waldman. “While Biden probably wouldn’t want to assign specific Cabinet positions now he could utilize both his own aides and people in the broader Democratic world to give the public a picture of what government under President Biden would be up to — and provide a contrast with the chaos, corruption, and incompetence that characterizes the Trump administration.”

The common thread uniting Ruhle, Waldman and the rest of the Trump-hating media cabal is their inability to see anything outside a partisan lens. Even now while thousands of Americans have died and millions are suffering financially, they can’t see past their unremitting contempt for him, and they can’t apply their energy toward helping Trump solve these problems instead of scheming of ways to unseat him in November.

Meanwhile, Trump has organized both his coronavirus task force and his Opening Our Country Council on a bipartisan basis, and he is working across party lines with businesses and state governments to address the crisis.

While the media have failed to make their case against Trump for incompetence and partisanship, they have resoundingly demonstrated their own — and the public is not likely to soon forget it.