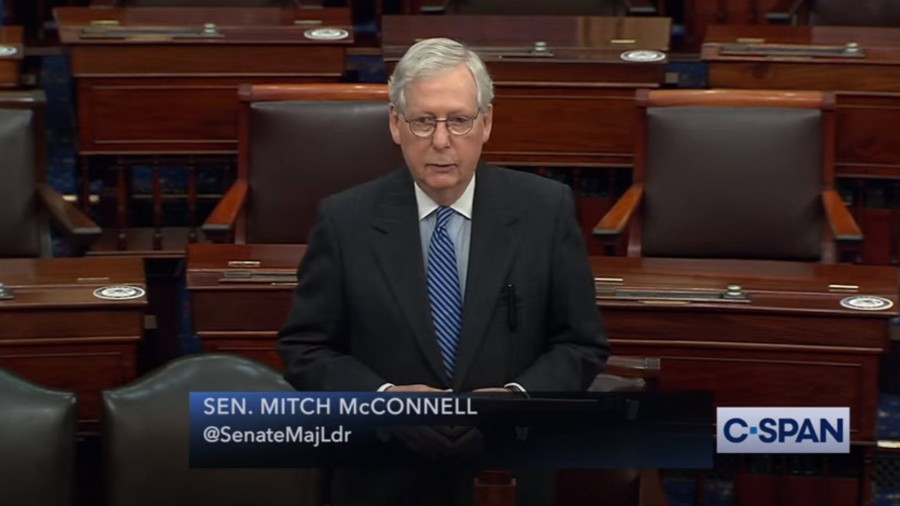 McConnell, R-Ky., delivered his remarks one day after the Electoral College voted 306 to 232 to declare Biden the official winner of the presidential election. However, President Donald Trump hasn’t conceded the race, and continues to allege voter fraud and other irregularities in closely contested states.

The Kentucky Republican’s remarks also suggested that a push to challenge the Electoral College outcome in Congress, led by Rep. Mo Brooks, R-Ala., will be an even steeper climb.

“Americans voted in this year’s general election. The legal and constitutional processes have continued to play out since then,” McConnell said, in a reference to a string of lawsuits the Trump campaign filed alleging fraud in Arizona, Georgia, Michigan, Nevada, Pennsylvania, and Wisconsin. “Yesterday, electors met in all 50 states. So, as of this morning, our country has officially a president-elect and a vice president-elect.”

McConnell said he had hoped Trump would be reelected.

“Many millions of us had hoped the presidential election would yield a different result,” he said. “But our system of government has processes to determine who will be sworn in on Jan. 20. The Electoral College has spoken.”

The Republican praised Biden, a former Senate colleague. “So, today, I want to congratulate President-elect Joe Biden. The president-elect is no stranger to the Senate. He’s devoted himself to public service for many years,” McConnell said, adding:

I look forward to finishing out the next 36 days strong with President Trump. Our nation needs us to add another bipartisan chapter to this record of achievement.