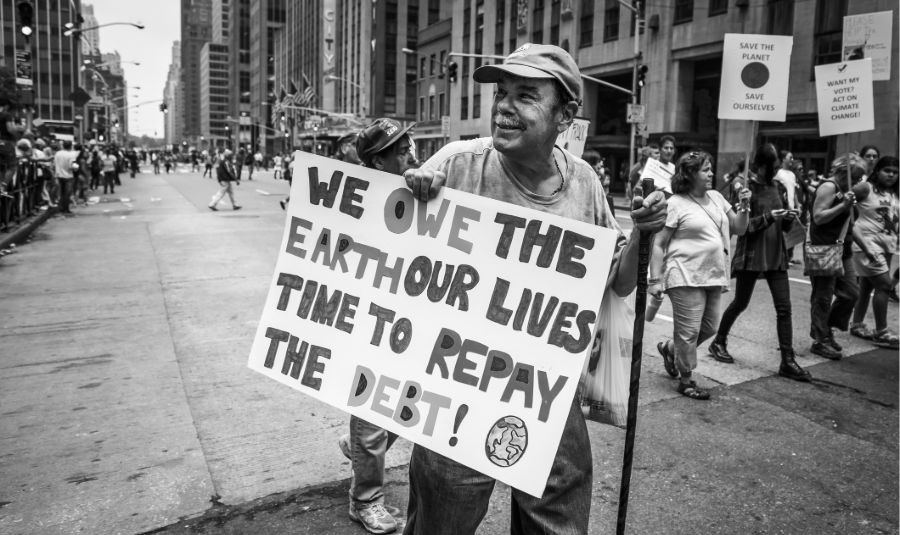 A statement widely attributed to the great British thinker G.K. Chesterton describes the modern period as perfectly as any single idea can: “When people stop believing in God, they don’t believe in nothing; they believe in anything.”

One of these substitute gods has been nature.

Indeed, of all the false gods, nature is probably the most natural for people to worship. Every religion prior to the Bible had nature-gods — the sun, the moon, the sea, gods of fertility, gods of rain and so on.

That is why the farther Western society gets from biblical, i.e., Judeo-Christian, religions, the more nature is worshipped.

The man who, more than any other, started the modern environmentalist religion was James Lovelock, who developed the “Gaia hypothesis” in the 1970s. Almost 50 years later, in 2014, Lovelock told The Guardian, “Environmentalism has become a religion.”

New York Times columnist Ross Douthat described the 2009 James Cameron blockbuster film, Avatar, as “Cameron’s long apologia for pantheism, a faith that equates God with Nature, and calls humanity into religious communion with the natural world.” That equation of God with nature was a major reason for the film’s popularity.

Douthat, one of the only religious (as in believing in and practicing a religion) columnists at The New York Times, added, “The threat of global warming, meanwhile, has lent the cult of Nature qualities that every successful religion needs: a crusading spirit, a rigorous set of ‘thou shalt nots,’ and a piping-hot apocalypse.”

When you ask atheists, as I have for decades, what they believe in, the most common answer is “science.” There was a young man, an atheist, at the gym where I work out, who responded, “Science!” (in place of “God bless you”) whenever someone sneezed. There is nothing higher than science for an atheist because the natural world is all there is. So, worship of the Earth, the environment or nature is almost inevitable in a secular world.

The Most Radical Idea

The Bible takes an entirely different view. As explained at length in my Bible commentary, The Rational Bible, the first verse of the Bible — “In the beginning God created the Heavens and the Earth” — contains the most radical idea in history. It stated, for the first time in history, that God created nature and is not part of nature. It is one of the reasons I believe the first five books, the Torah, are God-given. No human beings 3,000 years ago in the late Bronze Age would have come up with an idea so opposed to the way the human mind naturally works — to regard gods as part of nature.

From the point of view of the secular, Gaia-worshipping world, Genesis gets even worse when, 27 verses later, God tells human beings to, “Be fruitful and increase in number; fill the earth and subdue it.”

Both instructions infuriate Earth-worshippers. Regarding being fruitful, they oppose people having more than one child, and many advocate having no children so as to have minimal human impact on Mother Earth. But the second part — ruling over nature — is what really angers them.

Nature Is Not Our Friend

Maybe the coronavirus will awaken young people, who have been taught by nature-worshipping teachers and raised by nature-worshipping parents, to the idiocy of worshipping nature rather than subduing it. Nature, it turns out, is not our friend, let alone a god. If it were up to nature, we’d all be dead: Animals would eat us; weather would freeze us to death; disease would wipe out the rest of us. If we don’t subdue nature, nature will subdue us. It’s that simple.

Nature is beautiful and awe-inspiring. It’s also brutal and merciless. “Nature, red in tooth and claw,” as Alfred Tennyson aptly describes it. Nature follows no moral rules and shows no compassion. The basic law of all biological life is “survival of the fittest,” while the basic law of Judaism and Christianity is the opposite: the survival of the weakest with the help of the fittest. Nature wants the weakest eaten by the strongest. Hospitals are as anti-natural an entity as exists.

Only human beings make hospitals. We do so not by worshipping nature but by subduing it.

If the COVID-19 virus destroys the foolish veneration of nature and leads more people, especially the young, to a new respect for the Judeo-Christian worldview, it might be the one silver lining in this catastrophe.

Dennis Prager is a nationally syndicated radio talk-show host and columnist. His latest book, published by Regnery in May 2019, is The Rational Bible, a commentary on the book of Genesis. His film, No Safe Spaces, came to theaters fall 2019. He is the founder of Prager University and may be contacted at dennisprager.com.