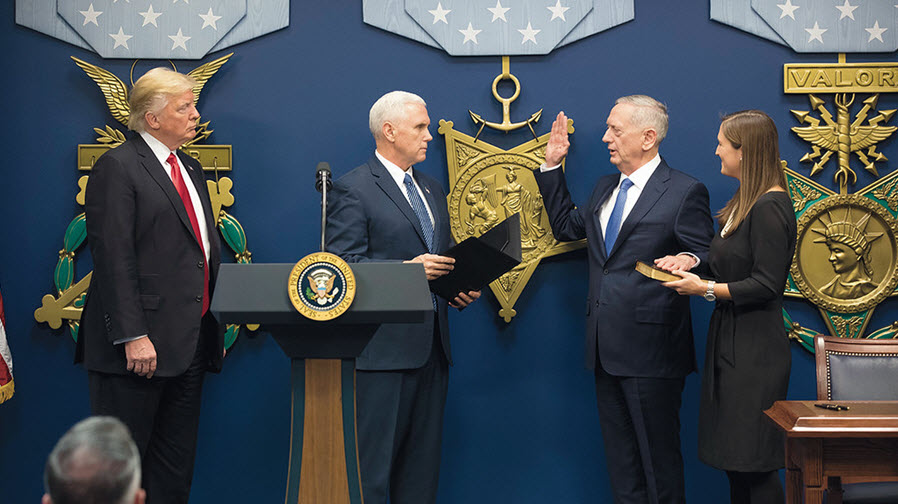 You might have heard about that statement released by former Defense Secretary Gen. James Mattis, accusing President Trump of making a “mockery” of the Constitution, of being the first President in his lifetime who tries to divide the people (say, didn’t he work under Obama?) and of threatening a military assault against peaceful protesters who are simply seeking justice. He adds, almost as an aside, that “we must not be distracted by a small number of lawbreakers.”

Actually, Trump has made it crystal clear that he agrees with the prosecution of the officers responsible for the death of George Floyd (he put the FBI on the case), and he supports the First Amendment rights of peaceful protesters. That alleged “small number of lawbreakers” are hardly a footnote, they’re the entire problem. The threat to use the military was made because they are wreaking havoc on our cities by burning, looting and rioting. If this were simply a peaceful protest, or if the mayors and Governors of those areas weren’t proving incapable of or unwilling to stop the violence, there would be no need for threat of federal intervention. And far from being unprecedented and unconstitutional, Trump’s threat is perfectly legal under the Insurrection Act, which has been invoked over a dozen times by previous Presidents, most recently to end the Rodney King riots in Los Angeles.

So in short, Mattis’ claims are divorced from reality and make no sense. Trump is threatening to use a power used by other Presidents before him to end violence and rioting, not to launch a D-Day type assault on peaceful protesters. As RedState.com puts it succinctly, Gen. Mattis’ statement, with all due respect, is “just nuts.”

But click the link to read more because they go into some much-needed background details that might help explain why he released it. They also note that if Mattis is so opposed to dividing the American people, then why did he say nothing about the incredibly divisive Russian collusion hoax for three years, even though he had knowledge about Lt. Gen. Michael Flynn that could have stopped it before it got started?