Marriage is a part of the created order. Though some marriages will tragically end for various reasons and others may want marriage but struggle to find it, the Church can provide vital community for all of its members, while still promoting marriage for the God-given good that it is. 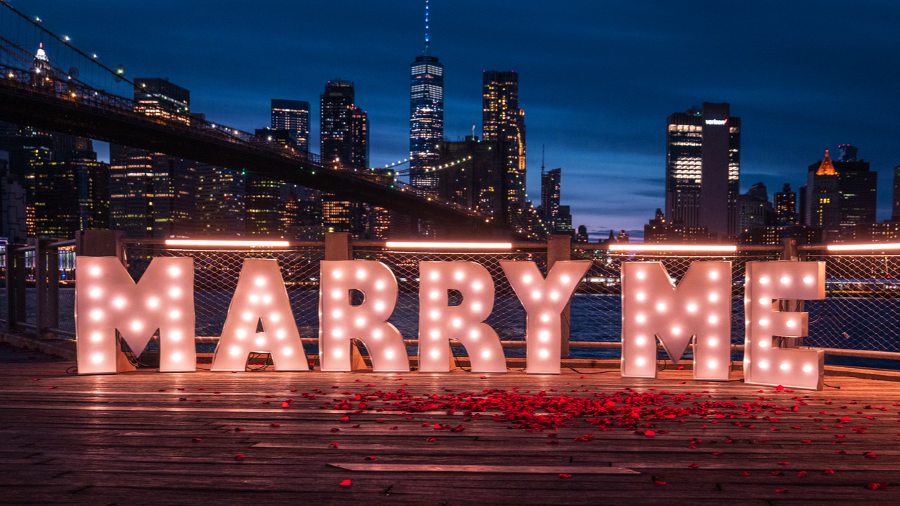 New data is poking holes in what’s become a prominent cultural myth. “When it comes to divorce,” write Brad Wilcox and Lyman Stone in The Wall Street Journal, “the research has generally backed up the belief that it’s best to wait until around 30 to tie the knot.” This is because the divorce rate is generally lower for those who wait to wed.

However, according to the National Survey of Family Growth, there’s an interesting exception to this modern-day rule of thumb. Couples in their 20s who don’t cohabitate first have some of the lowest divorce rates of any group. Though it’s not exactly clear, from the research anyway, as to why this is the case. This particular cohort is disproportionately religious, something that is linked to lower divorce rates across the board. Even so, the data sheds further light on the relationship between cohabitation and marriage in American society.

Decades of studies have led sociologists to broadly conclude that cohabitation leads to higher rates of divorce. In general, living with a partner, even one that eventually becomes a spouse, is associated with a 15% higher chance of splitting up. One Stanford study indicates that the rate is twice as high for those who cohabitate with someone other than their future spouse.

“We generally think that having more experience is better….” says University of Denver psychologist Galena Rhoades, “but what we find for relationships is just the opposite.” More partners mean more comparison, she argues, which can make it harder to achieve long-term contentment. Cohabitation also teaches couples that one can always head for the exit when problems seem too daunting, instead of to press in and stick it out.  As a result, while marriages in general are more stable at 30, marriage to one partner is better, even if at a younger age.

Wisdom should always be exercised with commitments this big, but at the same time, age matters far less than the commitment itself.

Still, despite a significant amount of data that says otherwise, society pushes a very different story about living together. People in their 20s, says convention, should avoid commitment, establish themselves professionally, and certainly try living together before tying the knot. For a generation raised in divorced homes, skepticism toward marriage is understandable … as is the desire to “try it before you buy it.” After all, this is the same generation who never has to pick a restaurant before checking its rating on Yelp.

And so here we are, in a culture where both delayed marriage and cohabitation are “normal,” but relational satisfaction is rare.

The Data About Marriage

Married couples report more satisfaction across the board than cohabiting couples, in all kinds of areas, and report more trust by double digits. Even couples who’ve had to persevere in marriage through difficult seasons report higher levels of satisfaction. Marriage is also broadly connected with better health and wellbeing, not to mention the wellbeing of children, 40% of whom today are born out of wedlock.

Though the data about marriage is overwhelming, fewer and fewer are choosing it. Compared to only 9% of Americans in 1970, more than a third of adults today (35%) will never tie the knot. That’s not to say they won’t have romantic relationships and create children. They will simply opt out of marriage.

The Commitment Itself Is What Matters

Given the relevant data, the idea that one should not get married “too early” emphasizes the wrong factors. Wisdom should always be exercised with commitments this big, but at the same time, age matters far less than the commitment itself.  Limitless sexual experience, self-actualization, and the freedom to leave don’t actually produce relational happiness in the long term. In fact, they damage it.

In short, as a project of self-fulfillment, marriage might be worthless. As a way to reap the rewards of self-sacrifice, its value is incalculable.

Christians know why. Marriage is a part of the created order. Though some marriages will tragically end for various reasons and others may want marriage but struggle to find it, the Church can provide vital community for all of its members, while still promoting marriage for the God-given good that it is. And when marriages hit rocky ground, resources like Focus on the Family’s Hope Restored conferences, are available for those willing to fight for reconciliation … with incredible stories of success.

Ultimately, though, a successful marriage requires the same thing as Christianity, a commitment to something bigger than ourselves.

I Felt Naked Without It