Markets Must Have Their Day of Reckoning

The longer the Fed postpones it, the worse it will be. 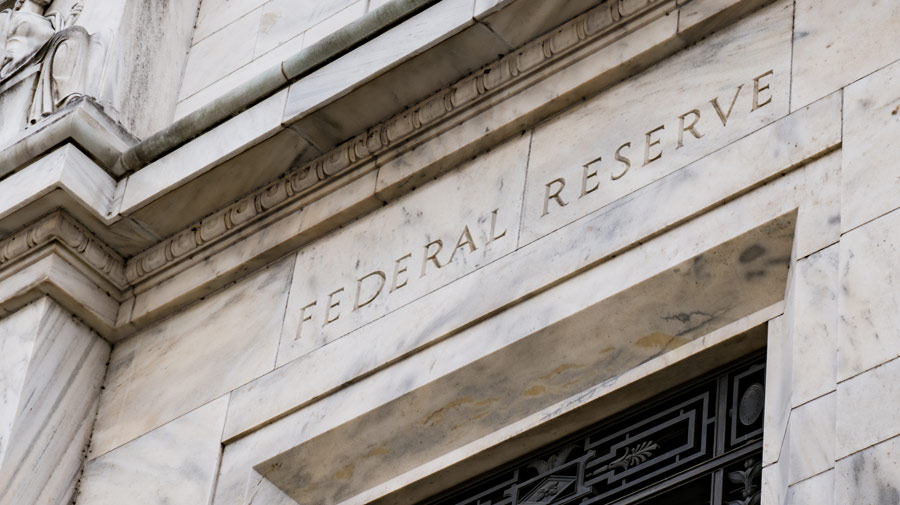 That in turn spooked traders into a stock sell-off, driving the S&P 500 into a bear market that same day.

And that in turn is spooking everyone about the prospect of an imminent recession.

And the Fed just confirmed investor fears when it “approved the largest interest rate increase since 1994 and signaled it would continue lifting rates this year at the most rapid pace in decades” as The Wall Street Journal reported on Wednesday.

Scary as the prospect may be, the economy is long overdue for a crash. And the more we postpone that Day of Reckoning, the worse it will be.

Indeed, in a sense, a “reckoning” is exactly what an economic “bust” is. And understanding why can help us understand what (and who) drives the boom/bust business cycle.

Economic reality can be falsified, but it cannot be defied.

In the Christian tradition, the “Day of Reckoning” refers to the Last Judgment: a prophesied time when everyone’s good deeds and misdeeds in life will be accounted for, with eternal reward and punishment apportioned accordingly.

The phrase is also a literary application of a financial term. To “reckon” is to count, to calculate, or to estimate a quantity. And historically, a “reckoning” meant a settling of financial accounts.

In the boom/bust business cycle, an economic “bust” or “recession” is a “reckoning” in that it is a correction of the distortions of the preceding “boom” or “bubble”: a mass recalculation of profit and loss that reconciles the markets with economic reality.

In the American economy, the distortions of the boom/bubble are the result of the Fed creating new money and dumping it into the loan and capital markets in order to “stimulate” the economy.

The new money bids up the prices of capital goods — and future financial flows in general — relative to the prices of present consumption of goods and services.

This means the economy’s scarce resources are over-committed, so there is not enough for all the boom-time production projects to actually be completed.

This overextended, artificially “stimulated” economy may be pleasant for the present (for investors, workers, consumers, and the government), but it will inevitably incur great pain down the road.

A Mansion Instead of a Bungalow

Ludwig von Mises, the great Austrian economist who first described this process, compared the situation to a housebuilder with an inflated inventory of building materials. Perhaps he only has enough resources to build a bungalow, but misled by his falsified figures, he lays the groundwork for a mansion.

Inevitably, the builder’s plans must collide with reality. At some point in the building process, he must realize that his project is unsustainable; he must “take stock” and come to a “reckoning” of how much he really has.

It will be a rude awakening, to be sure. But the sooner it happens, the fewer resources the builder will squander: not only his labor, but any materials that can’t be salvaged from the partially-built mansion. If his Day of Reckoning is delayed too long, by the time he course-corrects, his malinvestments may have impoverished him so much that he no longer has enough to build a bungalow and must settle for a shed.

Similarly, an economy “stimulated” by interest rates being driven down, not by an increase in saving, but by the Fed’s money-pumping, must inevitably collide with the limits of scarcity. Economic reality can be falsified, but it cannot be defied. At some point, the economy’s entrepreneurs must realize that not all of their projects can be completed with the saved resources available.

This realization generally happens when the Fed finally eases up on the money-pumping (as it has started to do recently), allowing relative prices (and thus, interest rates) to recalibrate to better reflect the actual rate of saving. The more realistic pricing paradigm brings about a reckoning: a massive do-over of profit-and-loss accounting. Projected profits turn to losses on a mass scale, revealing malinvestments for what they are. That is what is known as a crash, bust, recession, or depression.

A recession is a revelation of economic truth. It is a painful revelation, to be sure. But, just as with Mises’s housebuilder, the sooner it is allowed to fully happen, the better. The longer the Fed postpones the economy’s Day of Reckoning by continuing to falsify economic calculation with its money-pumping, the more resources will be squandered, the more civilization will be impoverished, and the more excruciating the inevitable reckoning will be.

We must eventually reckon with economic reality anyway. So there is no better day to start than today.

Dan Sanchez is the Director of Content at the Foundation for Economic Education (FEE) and the editor-in chief of FEE.org.