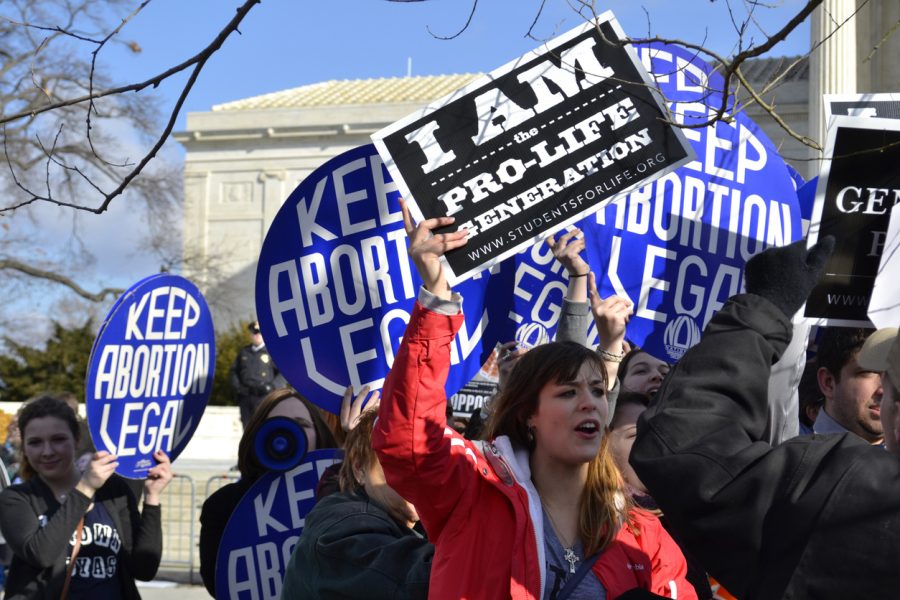 If I’m going to be completely honest, I cried a little as I listened to Donald Trump speak at the 47th March for Life, a massive annual pro-life rally in Washington, D.C. The tears were caused by a combination of things, including lack of sleep, I’m sure. There are a lot of beautiful events before and after the march, and reunions with wonderful friends from throughout the country. But my reaction also had to do with the contrast of some of the president’s words with the bile that we often hear in politics of late, including at his own rallies.

My first instinct, in fact, when I read the news that President Trump was going to speak at the March for Life rally, was to write a thank-you note to former President George W. Bush for not attending. He would always call in, thus using the office of the presidency to promote an important cause without getting in the way of it.

The thing about the March for Life that is most important is how much of it is about joy and hope. Yes, it is a protest march, protesting the evil of abortion, but is also a gathering of people who not only want something better for women and children, but work to do something about it. The March for Life includes people who have made life possible.

I’m always moved by the people who come to the march in wheelchairs and with walkers, who have Down syndrome and other obvious challenges. I met two of them, toddlers, Maria and Andrew from New York, at a Mass. I’m always overwhelmed by the youth who pack churches and arenas, and this year even the Washington Convention Center.

But it’s not just the young who give me hope. Far from it. This year, I spent some time with the Sisters of Life, a group of nuns that not only promotes alternatives to abortion, it helps heal the trauma of women who’ve had abortions.

A Nation in Need of Healing

I firmly believe that a lot of the anger and hate in our politics today stems from all these years of legal abortion. And as we inch (or race, as it sometimes seems), toward the 50-year mark of Roe vs. Wade, the Supreme Court decision that made abortion legal in this country, I feel the need our nation has for healing more and more every second of the day.

I’m a big believer in conversion. I pray that my entire life is about conversion — deeper immersion in the things of God and love for His creation, especially for the human person. I pray that the words that the president spoke at the march about God’s grace and unselfish love are things that he and all elected officials take to heart. I pray for wisdom. I pray that the truth about people being made in the image and likeness of God is known, believed in and acted on.

Stopping and focusing on the beauty of a child can change us. Making room for a child who isn’t our responsibility by worldly, conventional standards can change her life and ours and transform the soul of our society.

I cried at the march because I believe healing is possible. I believe conversion is possible. The March for Life is the most encouraging event of the year — every year it gets younger and more joyful. The president showing up raised things to a new level and made the media pay attention. I just pray that some of his words will help to make his a more tender heart. Based on the disaster that is the Democratic party right now, I expect we will be seeing another four years of Donald Trump. Please, may they be more tender years. He said many of the right things in his March for Life speech. Please live and breathe them, Mr. President.

With God anything is possible.