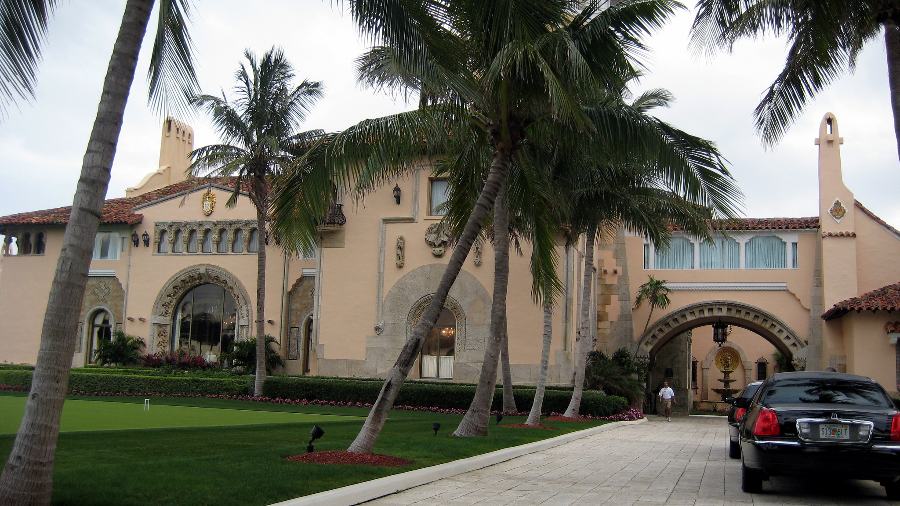 By the time you read this on Thursday, the hearing on whether the FBI must release the affidavit they used to get a warrant to search Mar-a-Lago may already have taken place in West Palm Beach. The presiding judge at this hearing: you guessed it, the same magistrate judge who granted the warrant in the first place, Judge Bruce Reinhart. President Trump wants everything out in the open; the feds emphatically do not, and that really should tell you all you need to know. Trump attorney Alina Habba has said she expected this judge to rule for the FBI and keep the affidavit secret.

But while the FBI has been adamant that they need to keep the affidavit secret to safeguard their investigation, they’ve been leaking their own preferred narrative like crazy, and the story keeps evolving. At first it was about historical documents that belonged at the National Archives, but that just didn’t seem to warrant a massive raid on Trump’s home. The claim that he had classified material was disputed by the President, who said he had declassified it all. So they leaked a follow-up fairy tale to The Washington Post about Trump having “dangerous nuclear secrets,” but that didn’t sell, either, especially after we found out they’d been debating for months on conducting the raid. So they moved on from that fake story and leaked a new, updated one to Newsweek.

Journalism is so easy now! It’s essentially just taking dictation from “high-level intelligence officials” and printing what they want you to print. It doesn’t matter if what you write turns out to be wrong. And if it’s damaging enough to Trump, congratulations; you get a Pulitzer.

Anyway, now we hear from writer/stenographer William M. Arkin at Newsweek that Trump has long been “hoarding” documents dealing with “a variety of intelligence matters of interest to the former President…including material that Trump apparently thought would exonerate him of any claims of Russian collusion in 2016 or any other election-related charges.”

So, let me get this straight. Trump, after being framed for “collusion” with Vladimir Putin (which would be treason) and having Democrats, media and the intel community coming at him from every side, decided he’d better hold on to exculpatory material? How dare he defend himself from fake “Russiagate” charges!

This new story is the feds’ attempt to cover for why the warrant — which was so overbroad as to violate the 4th Amendment — gave them access to “all” the documents from Trump’s entire presidency. You see, they weren’t actually seeking all the documents! No, no, they were only saying they were, to protect their source! Quoting Newsweek:

To justify the unprecedented raid on a former president’s residence and protect the source who revealed the existence of Trump’s private hoard, the story reads, agents went into Trump’s residence on the pretext that they were seeking all government documents, says one official who has been involved in the investigation. But the true target was this private stash, which ‘Justice’ Department officials feared Donald Trump might weaponize.

Tell me, if their reason for getting an unconstitutionally-broad warrant was to protect their source, why did they turn around and leak the story about the “stash”? By leaking their knowledge of this “stash,” they remove the cover the warrant had supposedly provided to the source.

Also, if they’re arguing before Judge Reinhart that it’s important not to leak names mentioned in the affidavit, why did sources from the investigation give three of those very names to Maggie Haberman at The New York Times, who printed them?

By the way, Haberman was part of the team that won a Pulitzer for their coverage of the fake Trump-Russia “collusion” story. They should do the Walk of Shame to wherever they have to go to return it.

As I’ve said many times, I am not a lawyer, nor is anyone on my team, but we don’t see why Trump, as President, couldn’t declassify and even retain documents that would back up his defense against “Russiagate” allegations, or any other allegations. The only reason we can see for why they raided his house is to sweep up everything in sight — an unreasonable search and seizure if we ever saw one — and get it out of his reach, to prevent him from using it in his own defense and/or revealing things he knows about the “Justice” Department.

In breaking news Wednesday evening, John Solomon found a case from 2012 that supports our view. The issue was whether some audio tapes made by President Clinton could have been designated by him as “personal.” A decision by U.S. District Judge Amy Berman Jackson said that “a President’s discretion on what are personal vs. official records is far-reaching and solely his, as is his ability to declassify or destroy records at will.”

Read Solomon’s report and you’ll wonder anew how the “Justice” Department could even think about doing what they have done.

Anyway, Newsweek’s sources still incorporated the earlier “nuclear materials” narrative, but it now takes a back seat to the clever new “personal stash” narrative. This excerpt shows how it has evolved:

The two U.S. officials with direct knowledge of the situation tell Newsweek that while some of the intelligence documents might have dealt with nuclear weapons, that was not the main focus. Donald Trump kept documents that interested him…It wasn’t the subject matter per se that was of interest to ‘Justice’ as it was the fear that Trump might ‘weaponize’ the information, including for personal gain, the official says.

See what they did? Trump did have nuclear materials, but they’re “not the main focus.”

Newsweek (to their credit) also quotes a former Trump official who says, “Trump was particularly interested in matters pertaining to the Russia hoax and the wrongdoings of the deep state…I think he felt, and I agree, that these are facts that the American people need to know.” He also might have wanted to use them in his 2024 presidential run, the source said.

So….President Trump declassified and held on to documents relating to the Russia hoax and the deep-state, after he’d been falsely accused of Russia “collusion” and endlessly investigated by a corrupt intel community. The nerve of him!

The sources told Newsweek that the decision to raid Trump’s home was prompted by concerns that he might move the documents or — and I think this is more likely — that he might “use” them, “revealing secrets or…intelligence sources and methods.” Sorry, but if he declassified them while he was President, it’s within his authority to do that. Bureaucrats shouldn’t be able to stop him. And if Trump wants to use sunshine as a disinfectant, I say let the sun shine in.

As for Trump’s possession of “classified” documents, even a CNN legal analyst was clear that he had the authority to declassify them, period. And it doesn’t even matter if paperwork wasn’t filled out.

Aaron Kliegman at Just The News has an eye-opening report on what sure looks like a long and growing “enemies list” — Trump allies who have been “probed, raided, handcuffed, charged and jailed by the ‘Justice’ Department.” Read this, and you won’t wonder why Trump might have wanted possession of material that protects him.

‘The Most Dangerous and Divisive Time’

Finally, civil rights attorney Harmeet Dhillon said Wednesday in an interview with Tucker Carlson that if we could see the underlying affidavit for this raid, “we would find something very disturbing.” She bases this feeling on the Russia Hoax and “all the other hoaxes out of this DOJ and FBI.” There’s a pretext for this fishing expedition, she said, and “once you have a lawful search warrant, and you gather materials…you can use those materials, even if they have nothing to do with the underlying crime.” She says even material covered by attorney-client privilege or executive privilege might be used in the January 6 investigation. “…If the goal is to sort of keep your opponents out of competing fairly for the White House, they could be used for that purpose.”

She sees this happening to Trump with many in the “chattering class” cheering it on, and worries about what will happen if there’s a change in power in our government, “if ever.” She sees that in her three decades of life as an attorney, this is “the most dangerous and divisive time” she has seen, “politically and legally.” She also made the same observation we have: that our enemies around the world are watching this chaos and will be happy to, say, invade Taiwan while we continue investigating and jailing each other.