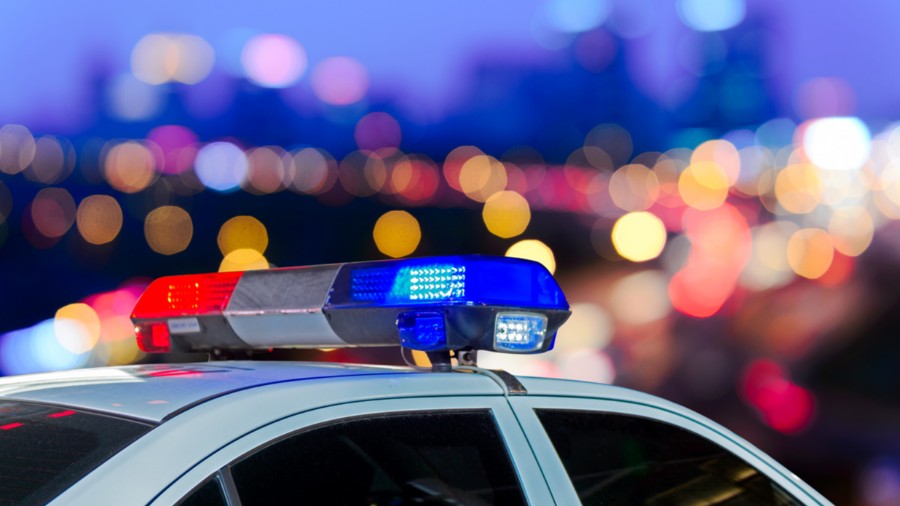 A man who says he was wrongfully arrested by the police in the past rescued a police officer from a burning police cruiser on Sunday, according to news reports.

Daylan McLee was in an apartment in Uniontown, Pennsylvania, when he heard a loud crash, the Associated Press reported. McLee ran outside and upon seeing the aftermath of a car crash, ran to the burning police cruiser, and removed Officer Jay Hanley from the vehicle.

“I don’t know what came across me, but I ripped the door open and just pulled him to safety across the street,” McLee said on Monday according to the Associated Press.

Daylan McLee says when he saw a Uniontown officer pinned inside a burning police cruiser Father’s Day he thought, “I know this man is my brother through Christ and I couldn’t leave him behind.” He is credited with saving the officer’s life. A hero’s message @KDKA Tonight. pic.twitter.com/xoXlXXnWhy

Several of Hanley’s relatives took to social media to thank McLee Tuesday. Hanley’s sister even called McLee to thank him, the AP reported.

McLee, who is a black man, spent a year in jail over a March 2016 incident before he was acquitted of the charges. McLee had been accused of being involved in a fight outside a bar, but he was cleared of wrongdoing after video reviewed by a jury showed he had disarmed a man, and thrown the gun away from the fight, according to the AP. McLee sued the Pennsylvania State Police for wrongful arrest in 2018.

McLee has also been charged with fleeing and resisting arrest over an incident that occurred earlier in 2020. McLee said he started running from a gathering after plainclothes officers approached with guns drawn, the AP reported.

"There is value in every human life. We are all children of God and I can’t imagine just watching anyone burn,” said Fayette County man Daylan McLee, who is credited with pulling a Uniontown police officer from a burning car. https://t.co/ir0oJ3BzB8

However, McLee said he stopped running once he realized those chasing him were law enforcement officers, according to the AP. He plans to fight the charges, the AP reported.

“Those encounters make him the perfect candidate to hate and resent the police,” McLee’s attorney Alec Wright said, according to the Associated Press. “But, that is not Daylan … The answer is not to disregard human life; the answer is to accept it for all that it is. That is Daylan.”

“There is value in every human life. We are all children of God and I can’t imagine just watching anyone burn,” McLee said, the Associated Press reported. “No matter what other people have done to me, or other officers, I thought, ‘this guy deserves to make it home safely to his family.’”

Protests against police brutality have been taking place across the country in response to the death of George Floyd. Floyd, a black man, died in Minneapolis police custody on May 25 after a white police officer kneeled on his neck for more than 8 minutes, video showed.

When a Physically Healthy Teen is Allowed to Die