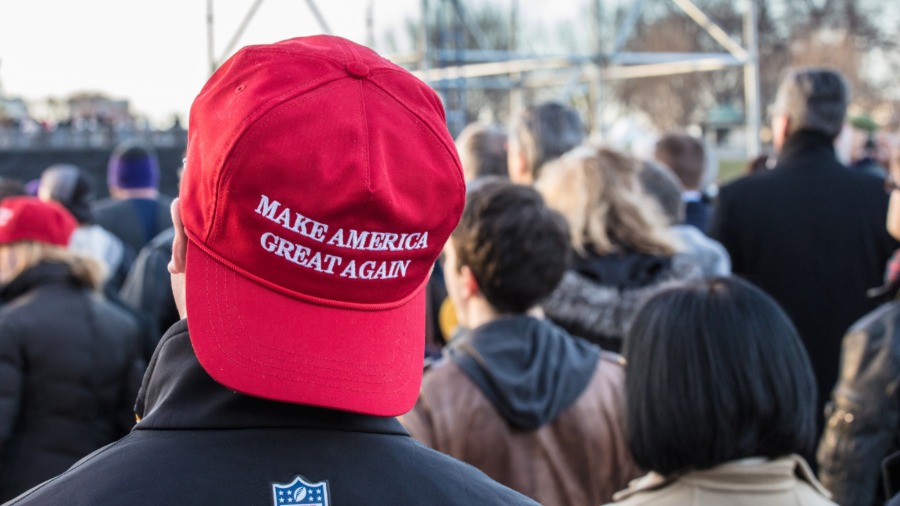 I know I’m not the only Trump supporter who is tired of progressives maliciously accusing President Trump and his supporters of racism. They’ve used the slander against conservatives for years, and it has only intensified in the Trump era.

Of all their other nasty smears, they get the most mileage with the race card, so it’s unlikely they’ll do the right thing and abandon it. They probably wouldn’t stand a chance in presidential elections if they were to do so, as they depend on some 90 percent of the African-American vote, which they seek to maintain by constantly stirring agitation.

They didn’t need Trump as their ideal bogeyman on race, but caricaturing the GOP’s leader sure doesn’t hurt in perpetuating the fiction. For them Trump is an equal opportunity scoundrel — he’s bad in every category, so it’s not a great leap to tar him as a racial bigot. His signature issue, immigration, just fell into their lap. Why else would he be such a border hawk if not for his racism? Please don’t get me started on this outrage again.

Just pray to God that the thrust of their message — that you can’t support American sovereignty unless you’re a racist — doesn’t prevail, or the country truly is finished.

As I’ve noted before, I’m not sure what percentage of progressives actually swallow this bilge versus those who push it for political gain. But they are pushing it, and it has caused great damage. Many rank-and-file leftists claim they feel threatened in the presence of MAGA hat-wearing citizens.

Some writers have likened them to an unsophisticated version of Klansmen because Klansmen had the sense to wear hoods to conceal their identity.

Tolerant leftists believe that Trump supporters provoke them simply by evidencing their support for Trump, because they can’t possibly support him without being racists, sexists and homophobes. They wear the hats not to signify their support but as an in-your-face symbol of their unapologetic bigotry.

Can you fathom how sick this is? How out of phase with reality? But it’s apparently real to progressives, or they want you to believe it is.

On Tuesday’s Morning Joe, MSNBC’s Joy Reid talked about her new book, The Man Who Sold America: Trump and the Unraveling of the American Story.

Co-anchor Willie Geist asked her, “As you write about in the book, the people who heard the phrase ‘Make America Great Again,’ it meant to them an America that appeared to be slipping away was going to be reclaimed by this man, and their lives would return to what they were. I’m interested in the other side of it. What do you hear when you hear ‘Make America Great Again’?”

Reid’s response illustrates the extent to which progressives are promoting this delusional malice. “I hear exactly that,” said Reid. “I hear make America a country that, in the 1950s, meant white Christian men had dominion over everyone else. That’s exactly what it means when I hear it. It’s George Wallace. He’s just Republican George Wallace, and that message has been resonant and has actually been potent for a very long time. David Duke used that message when he ran for governor of Louisiana; George Wallace obviously used it and — he had a pretty good chunk of the — at the time, the Democratic Party. Richard Nixon used it. It’s a common message because you just do have a certain quarter, maybe a third of the country, that does not like the idea that we’re becoming a more multiracial society where women have a lot of asserted rights and where they’re not on top.”

There we have it again: If you are bullish on America, you are advertising your bigotry. Under this standard, at least leftists don’t have to fear they’ll be accused of bigotry.

When you couple this nonsense with old white guys like Joe Biden — Democratic presidential front-runner, no less — saying Republicans want to put black people back into chains, and tons of other abominable slanders, what are African Americans supposed to think about us?

Well, many progressives don’t want them to see the truth: that they have been stoking the flames of racial disharmony to obscure the reality that Republicans, conservatives and other Trump supporters believe in the equal dignity of all human beings, and that the Christians among them — probably the vast majority — believe this is true because we are all made in God’s image.

The proof is in the pudding. Trump’s economic policies — lower taxes and regulations — have generated explosive growth benefiting most Americans, including minorities, who are prospering and getting back to work at unprecedented numbers.

I realize that experts say you give credence to false allegations when you dignify them with a response, but I’ll take my chances, because silence can sometimes be the elephant in the room.

So let’s proclaim the message that we do indeed seek to restore and amplify America’s greatness for the benefit of all Americans directly — and the world, derivatively. God bless America.