Madison on the Chopping Block? 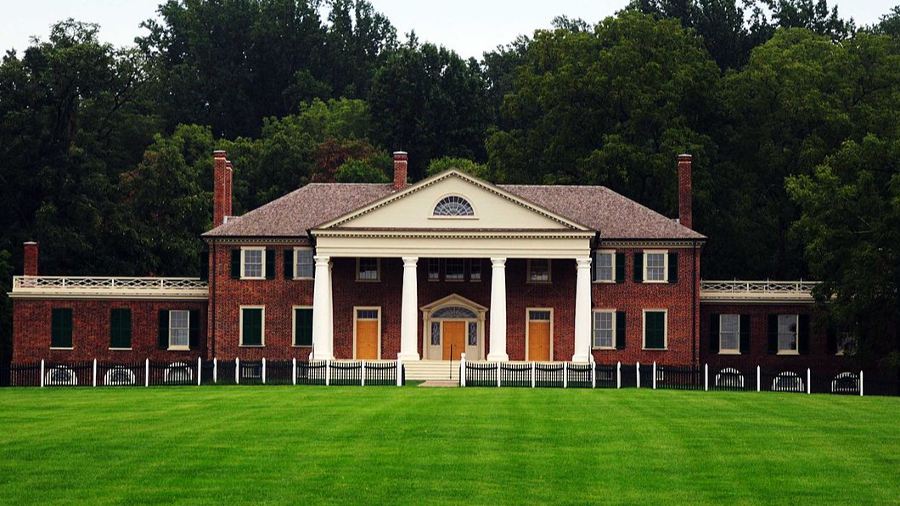 Tragically, slavery has been around from the beginning of time. It is still practiced even today in some places where Christianity is not dominant or has not been dominant. But while slavery was a fact of life in the 1700’s — not only in colonial America, but all over the world — it was the system put in place by America’s founding fathers that eventually led to its dissolution.

But that doesn’t matter to the woke mob, which insists that historical figures be held to today’s standards, and which seeks to tear down America’s history and rebuild it on a neo-Marxist foundation.

Thus, the woke crowd goes after any founding father in any way associated with slavery. Most recently comes the attack on James Madison, a key architect of the Constitution.

The New York Post reports on an overhaul of Montpelier, the house of Madison, noting that a $10 million grant from “left-leaning philanthropist” David M. Rubenstein has put slavery and racism center-stage, shoving Madison’s authorship of the United States Constitution off into the wings. “Instead, blindsided tourists are hammered by high-tech exhibits about Madison’s slaves and current racial conflicts.”

We will not move toward a positive future if we distort our past, as the woke mobs now do.

Tourists visiting Montpelier may be coming to learn about the Constitution, but they are sorely disappointed. One describes it as, “A one hour Critical Race Theory experience disguised as a tour.”

And so it is that, in James Madison’s own home, our fourth president and a key architect of the Constitution is relentlessly attacked for not living up to today’s standards.

Madison’s Role in the Freedom We Enjoy

Madison, though a slave-owner, helped create a framework for one day abolishing slavery. By the standards of their contemporary world, America’s founders were deeply progressive in their desire to eliminate slavery — and far out of step with most of the rest of the world.

Much of the freedom we enjoy today gets back to those men and women who settled America for religious liberty and then the founding fathers who implemented biblical principles to create America. Madison played a key role.

He attended the Presbyterian College of Princeton, New Jersey (now Princeton University) rather than the Anglican College of William and Mary, where sons of Virginia were expected to attend. He learned directly under Rev. John Witherspoon, who also later turned out to be an important founding father.

Perhaps, the most important lesson that James Madison took home from his Princeton education was the firm belief in the biblical doctrine of man’s sinfulness — and its implications for political science.

John Eidsmoe, author of the landmark book, Christianity and the Constitution, points out: “One thing is certain, the Christian religion, particularly Rev. Witherspoon’s Calvinism, influenced Madison’s view of law and government.”

Madison once wrote, “All men having power ought to be distrusted to a certain degree.”

The Genius of American Political Science

After the Constitutional Convention, but before the document was ratified, Madison, Alexander Hamilton, and John Jay wrote letters to the editor of newspapers in the state of New York, using the pseudonym Publius to argue for ratification. These letters were gathered together later and are known as The Federalist Papers and reflect the genius of American political science.

The Federalist Papers don’t quote the Bible directly, but they express a biblical worldview on man’s nature and the potential corruption of power.

What is the essence of tyranny according to James Madison, author of Federalist #47? The answer is having all three branches of government in the hands of one or a few.

In Federalist #51, he argues that “if men were angels,” government wouldn’t even be necessary. But since men aren’t angels, government is necessary. Furthermore, we also need protection from the government, since it is run by men, not angels.

In Federalist #42, Madison explains the Constitutional provision that would allow the federal government to abolish the slave trade 20 years after its ratification: “It ought to be considered as a great point gained in favor of humanity, that a period of twenty years may terminate forever, within these States, a traffic which has so long and so loudly upbraided the barbarism of modern policy.”

A Promissory Note to Every American

Americans need to learn the true history of our rich past. Yes, America has a checkered past with slavery and segregation. But so does the rest of the entire world — and the principles of founders like Madison were on the forefront of ending these evils. As America’s greatest civil rights leader, Dr. Martin Luther King, Jr., observed in his outstanding “I Have a Dream” speech, “When the architects of our republic wrote the magnificent words of the Constitution and the Declaration of Independence, they were signing a promissory note to which every American was to fall heir.”

We will not move toward a positive future if we distort our past, as the woke mobs now do. As James Madison himself once said: “A well-instructed people alone can be permanently a free people.”