‘Looks Like an Inside Job’: Former National Security Official Says Impeachment is Manufactured by Unhappy Bureaucrats 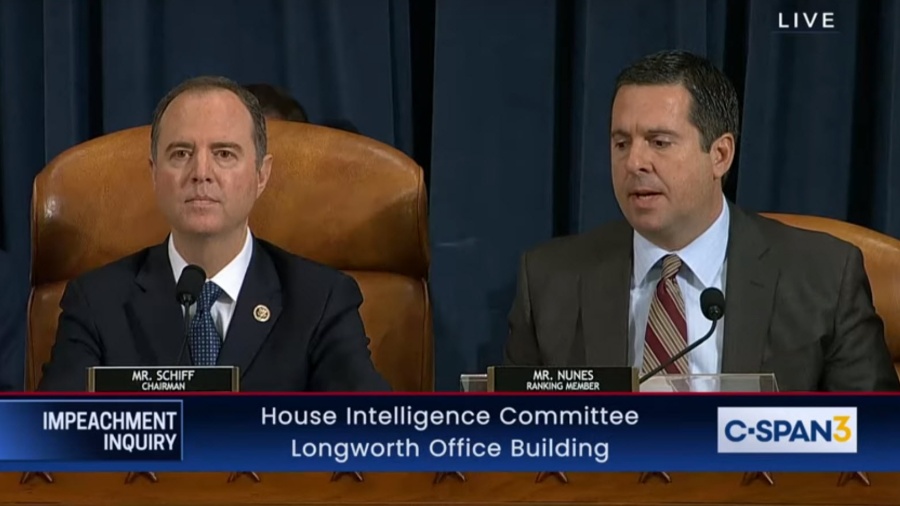 Former national security adviser Michael Anton suggested Wednesday the impeachment inquiry into President Donald Trump looks “like an inside job” lawmakers who are unhappy with the president manufactured.

“It looks like an inside job of a bunch of career bureaucrats getting together and saying, ‘We’ve wanted to impeach this guy for three years. How do we do it? Oh wait, I think we’ve found a way. Here’s the issue,’” Anton, a former National Security Council (NSC) spokesman, said to WMAL’s Mornings on the Mall co-hosts Vince Coglianese and Mary Walter Wednesday.

“It just looks phony, and that’s what they’re trying to avoid coming out,” he added.

“I think the reason they don’t want him to say it is not so much to protect the whistleblower’s identity, whoever it is, it’s to protect the phony veneered process that they used to get this impeachment hearing going,” Anton said.

After Schiff’s interruption, Vindman refused to “answer specific questions about members of the intelligence community,” the NSC aide said. The interruption caused a stir in the day’s impeachment testimony, as many people could be heard vocally protesting Schiff’s actions.

Many questioned Schiff’s move, particularly after the whistleblower’s lawyer Mark S. Zaid tweeted Tuesday, “#ProtectTheWhistleblower,” ahead of Vindman’s testimony. The tweet came alongside a CNN comment noting there could be a “contentious flareup” during Vindman’s testimony when Republicans ask him about the Ukraine phone call.

The Daily Caller News Foundation journalist Chuck Ross noted that Zaid’s tweet “suggests” the person Vindman spoke to on the call could be the whistleblower.

If read closely, this suggests that whoever Vindman spoke to after the call is indeed the whistleblower. Adam Schiff just interrupted to prevent Vindman from being asked about this, since it might touch on questions about the whistleblower. pic.twitter.com/5582huhOw3

Schiff did not allow Republicans to establish if Vindman was a source for the whistleblower, a move that Ross added could be an issue. He tweeted Tuesday that it is “circular reporting.” Walter echoed this Wednesday and noted the moment suggested Vindman had spoken to the whistleblower and had given the person information.

“Seems pretty important to establish whether Vindman was a source for the whistleblower, especially since Dems are holding Vindman out as independent corroboration of the whistleblower,” Ross wrote. “This is circular reporting. Reminiscent of the Steele dossier.”

Is Impeachment the Only Story?