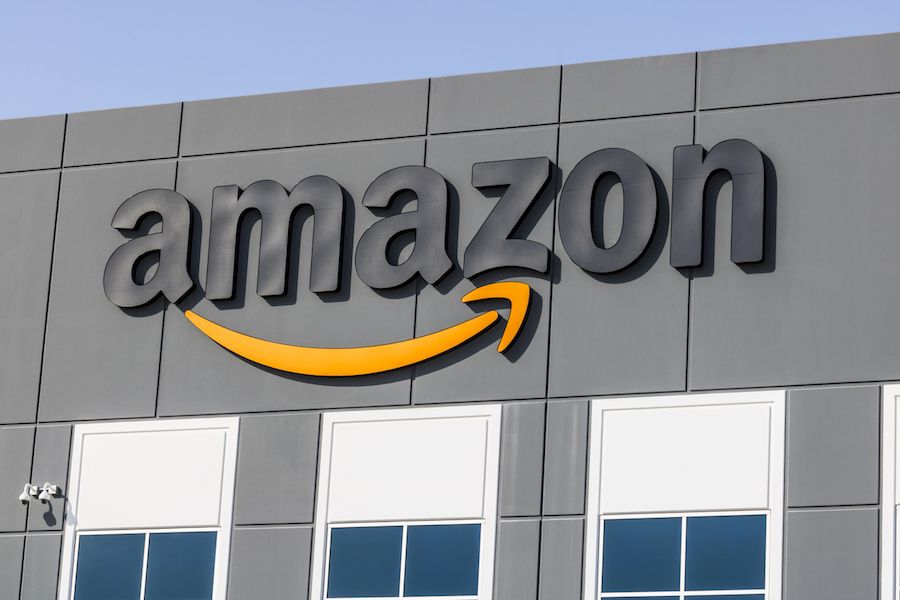 As confirmed at a recent shareholders’ meeting, Amazon generated over $232 billion last year and has arguably set the gold standard for innovation.

Indeed, Amazon employs nearly 650,000 men and women all over the world—a number that doesn’t account for the millions of third-party sellers who use the Amazon platform for sales and logistics, and depend on Amazon’s business for their livelihood.

But inside these massive numbers lurks a darker story of Amazon using its muscle to weaponize a far-left group’s scheme to harm and silence its ideological opponents.

Amazon manages a program called Amazon Smile, which permits supporters of participating nonprofits to direct 0.5% of their purchases through Amazon back as a charitable donation. By every measure, it is a stunning philanthropic success, directing over $100 million to nonprofits since its formation.

According to Amazon, Smile is “a simple and automatic way for you to support your favorite charitable organization every time you shop.” Customers can choose from over a million 501(c)(3) organizations that hold diverse and often conflicting views on a wide range of political, social, and moral issues.

That is, unless your nonprofit is on the Southern Poverty Law Center’s now discredited “hate list.”

Amazon has deemed all such organizations ineligible for Amazon Smile, despite the controversial nature of the way the list was created, and with no due diligence of its own.

As a result, Alliance Defending Freedom has been on the outside looking in over the past year—even as we’ve added two victories at the Supreme Court protecting the free speech and religious liberty of all Americans during that same timeframe. In fact, since 2011, Alliance Defending Freedom has earned nine wins at the nation’s high court, and we’ve secured over 400 victories protecting students’ free speech rights at colleges across the country.

We defend free speech, promote respect and tolerance for different views, and welcome our staunchest opponents’ participation in the Amazon Smile program, like the American Civil Liberties Union, the Human Rights Campaign, and the Southern Poverty Law Center themselves. By contrast, the Southern Poverty Law Center is anti-freedom and anti-free speech, seeking to restrict views it disagrees with and silence its opponents.

That’s because today’s Southern Poverty Law Center — in the words of one former leader — does little more than seek to “completely destroy” those with whom it disagrees. Its weapon of choice is the “Hate List,” where it lumps in mainstream conservative groups like Alliance Defending Freedom and Family Research Council with hundreds of violent and racist groups like the KKK.

Even people on the left have characterized the “Hate Map” as “an outright fraud” and a “willful deception designed to scare older liberals into writing checks to the SPLC.” Yet, the group’s list has been plenty effective as a fundraising ploy over the years, adding to its ever-expanding offshore accounts — even while those on the wrong side of the group’s crusade are compelled to have security and guard against potentially deadly attacks inspired by the “hate” label.

One victim of the Southern Poverty Law Center’s smear campaign, Maajid Nawaz, was slandered as an “anti-Muslim extremist,” despite the fact that he himself is a Muslim who works directly with other Muslims to counter violence and hate. While the Southern Poverty Law Center eventually settled Nawaz’s threatened defamation suit with a $3.375 million check and an official apology, its reckless attack nonetheless put Nawaz in real physical danger.

Incredibly, as the Southern Poverty Law Center has continued to line its pockets by accusing others of racism, sexism, and hatred, its lavish offices in Montgomery, Alabama, have been home to the very abuses the group claims to cure.

The sudden — and unexplained — departures of co-founder Morris Dees, President Richard Cohen, and others this spring signal the Southern Poverty Law Center’s deep internal corruption. While claiming the moral authority to pass judgment on others, the Southern Poverty Law Center has cultivated an internal atmosphere of hypocrisy and self-censorship, where its own employees live in fear and shame.

And it’s not as if these are new charges. Reports of the group’s culture of internal corruption and racism and sexism were reported as far back as 1994 — the same year Amazon began its business — in the Southern Poverty Law Center’s hometown paper, The Montgomery Advertiser.

It’s stunning that Amazon is still allowing this politically motivated, discredited fundraising outfit to dictate which groups can participate in its donation program. It’s irresponsible for Amazon, or any other corporation, to aid and abet the Southern Poverty Law Center’s efforts to attack and harm groups that advocate for views that millions of their customers share. And it is simply unacceptable that Amazon does this with no ability for the organizations harmed to appeal a politically motivated and arbitrary decision.

In fact, when Amazon announced it had pulled Alliance Defending Freedom based on the Southern Poverty Law Center’s slander last year, one of our most vocal opponents — Mikey Weinstein of the Military Religious Freedom Foundation — immediately penned a letter urging Amazon to reverse its decision “and permit [Alliance Defining Freedom] once again to participate in the Amazon Smile program.”

As Weinstein aptly noted in the letter’s closing: “Your customers are more than able to decide who to support — please be ‘pro-choice’ and give them that precious freedom.”

Amazon prospered under its protective blanket. Yet so long as it partners with the Southern Poverty Law Center, it willfully denies it to others.