Locked Down Still? Feeling Shut Out? ‘They Also Serve Who Only Stand and Wait’ 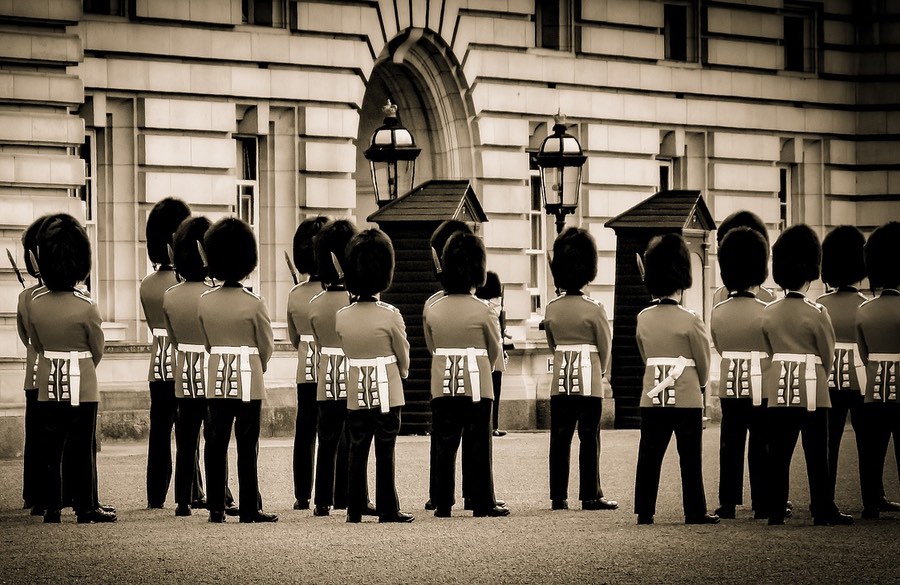 We’re in a season of waiting, waiting, waiting. Maybe it’s nearing its end, but we’ve got a long way to go before things open up fully for all. Many of us remain stuck waiting.

In that context I was talking with some friends this week about this sonnet John Milton (1608-1674) wrote about his blindness. My friends found it helpful. I suggest you read it first, then check the explanatory comments and read it again. It’ll make sense to you then. Read it aloud; it’s poetry, it was meant for that!

When I consider how my light is spent,
Ere half my days, in this dark world and wide
And that one Talent which is death to hide
Lodged with me useless, though my Soul more bent
To serve therewith my Maker, and present
My true account, lest he returning chide;
“Doth God exact day-labour, light denied?”
I fondly ask. But patience, to prevent
That murmur, soon replies, “God doth not need
Either man’s work or his own gifts; who best
Bear his mild yoke, they serve him best. His state
Is Kingly. Thousands at his bidding speed
And post o’er Land and Ocean without rest:
They also serve who only stand and wait.”

“My light is spent” refers to a tragedy: The great poet had gone blind. He was out of a job, so to speak; but for an artist of his caliber it was much more than that. His light was spent.

“That one Talent” refers to Jesus’ parable of the Talents (Matt. 25:14-30), where hiding the talent resulted in receiving the Master’s punishing criticism, when accounts were given. This is also the source of the line, “lest he returning chide.” The Master had “exacted” (required) day-labor; what if we deny it lightly?

This Is For Us, Today

Milton thought his Talent — his writing — had gone dark. This sonnet reveals otherwise, of course, as it is very nearly his most famous and influential, after the epic “Paradise Lost” and (arguably) “Paradise Regained.” Yet still he worried whether he could be a good servant of God, when the gift with which he had previously served him was no longer so well within reach.

Does that sound at all familiar — being cut off from what you were meant to do?

He opened the poem talking about himself, and that self-focus was turning him toward despair. But it was born of untruth; he needed to remind himself again of God’s sovereignty and God’s true call upon his life. It does no good to fear God’s punishment without knowing what God wants of us to start with.

God doesn’t need our hard work on his behalf, Milton says, and he certainly doesn’t need us posting “o’er Land and Ocean” all on our own. We go as he sends, not on our own initiative. What God does want is people bent toward doing what he wills. This is the “mild yoke” (Matthew 11:28-30) he wishes us to bear.

Sometimes To Stand and Wait

The final line calls to mind the King on his throne, with his soldiers standing by. This, too, is service: To stand and wait. But don’t read it the way I just wrote it. It’s (literally) prosaic. Read the sonnet again. Let that final line reach you with the force only great poetry can wield.

I hesitate to add this final thought, since Milton said it so much better, but I’ll go ahead anyway. If God has called you during this season to stand and wait — though your soul is “more bent” to serve him — remember that this, too is service. Stand tall, bear it well, and listen for your King’s next call into action.

The End of Our Longest Lent