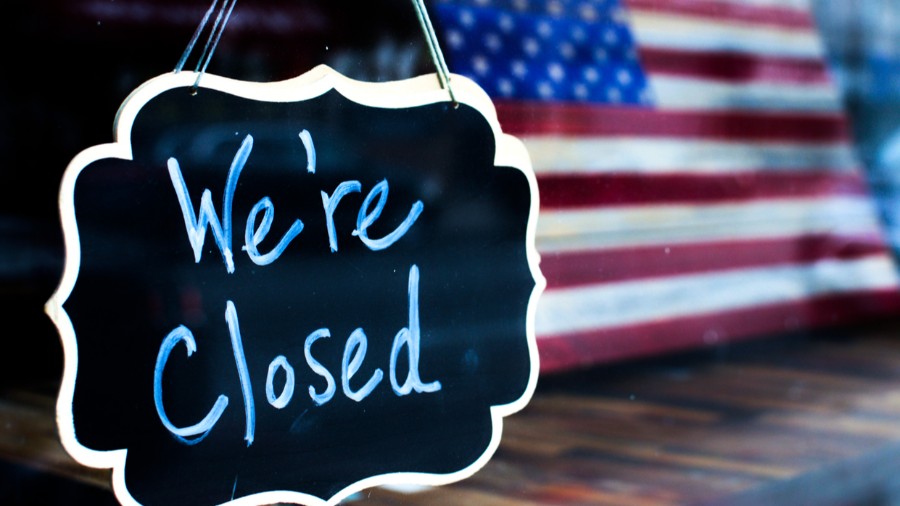 The “home” the boys lived in was a rat’s nest with dog feces, fleas and no beds. The oldest brother’s hair was falling out in gobs, and his skin was filled with red blotches. The younger brother wept all of the time.

In short order, Mook got an emergency order and brought the boys home. Nights out for Mook the bachelor became family nights of pizza and board games. Healthier food became part of their lives, and so did rules, homework and structure.

In the years it took Mook to legally become their father, he learned one thing: Government, bureaucracy and institutions designed to serve consistently fail their mission on several levels.

Today, he is newly married to Mary. The boys are now thriving young men. He is retired from the force and has opened a boxing gym that trains young athletes — a business that, like many small businesses across the country, has been forced to close under government edicts.

Once again, Mook is staring down an entanglement of government far removed from the needs and the rights of the people it is designed to serve.

Mook isn’t alone. He is a snapshot of small businesses that are frozen with the effects of uncertainty, loss, fear and frustration, possibly going from the center of their neighborhoods to abandoned sentinels holding up the ghosts of businesses that used to be.

A year ago, Ray Mikesell was offering “Sunday Suppers” to his customers — family-style meals on long tables, just like Grandma used to make when growing up, bringing together parents, cousins, uncles and neighbors on a weekly basis. He served the meals at his Penn Avenue restaurant to people who no longer had family to eat with. Despite few people knowing each other, the suppers always ended up being just as noisy and just as delicious, and they filled a void many people found in their lives.

Today, Mikesell is doing whatever he can to keep his doors open. He, too, has been kneecapped by Pennsylvania Gov. Tom Wolf’s mandated restaurant shutdown. Now he’s making dinners for four to take home, offering home delivery and hoping the phone rings for takeout orders.

There have been societal effects from these closures that show both the good and the bad in our culture. Many question how we as a nation were so quickly willing to give up our liberties. Others find it to be a political occurrence and praise it. Others in the middle wonder how elected officials have become so tone-deaf that they can stand at a podium and destroy their friends’ and neighbors’ lives, knowing they themselves will walk away from the cameras and the press with their jobs. They also wonder whether these elected officials have ever sat with a restaurant owner who has laid off the staff, is struggling to make ends meet and is on the brink of closing forever.

People have also turned against one another — hollowed-out souls on social media who scold those they think aren’t doing everything by the book, often reporting them to authorities as well.

Small businesses, including restaurants and gyms, have been hit particularly hard by pandemic shutdowns. An economic impact report released by Yelp three months ago tracked business closures through Yelp’s customer review listings and found that nearly 100,000 businesses had permanently closed from March 1 to Aug. 31. At that time, about 66,000 others were temporarily closed. One can imagine the permanent closures will have grown significantly by year’s end, especially since lockdowns have become stricter in recent weeks.

Mook’s and Mikesell’s stories are not unique. They are just two of millions of people who have become the victims of a pandemic whose deadly path is not limited to being stricken with the virus, from the small businesses hanging on by a thread or shuttered forever, to the isolation that has led to a dramatic spike in overdoses and suicides.

How Did This Happen?

Years from now, when we walk past the graves of the restaurants, shops and gyms that didn’t make it, will we ask ourselves how we let this happen? Or will we have accepted that we laid down our liberties one day to flatten a curve and never fought to get them back?

This is not to say that people should break laws intended to protect the vulnerable from a deadly virus. But it is time to wonder whether the government has wielded too much power with little communication or outreach.

John Longstreet, CEO of the Pennsylvania Restaurant and Lodging Association, said the last time he had a conversation with the governor’s office was in July. A little over a week ago, as rumors swirled that another big shutdown was coming, he said he reached out to the office and implored the administration to do one thing: “Give us adequate notice.”

He says: “The results have been devastating. Not only did these small business owners have to lay off their staffs, the food they ordered for the month is either going to spoil or have to be donated. Whatever they can facilitate, either way, it cost them additional millions in lost revenue.”

Opening Our Hearts and Our Generosity

If Christmas is the time of year to open our hearts and our generosity, small businesses need us to do both. The former will lead to the latter and allow all of us to support them, whether it is buying gift cards to their shops, ordering takeout or giving them a call to see how we can help.

They are us. They are the people who keep us and our children fit, even when we don’t want to. They bring us together to break the fast with Sunday brunch. They feed a hungry crew after a big bike ride.

Behind the scenes, people like Mook donate their services to families who can’t afford gyms but need the outlet to help keep their children in line.

And people like Mikesell spend hours preparing food packages for the food bank, donating time and treasure while barely holding on.

Giving back to people like them, to the families who have lost someone, or to health care workers and police officers might help ease the pain of whatever we have lost this year. Certainly, it cannot hurt to try.