The latest on the remarkable story of "Captain" John Francis. 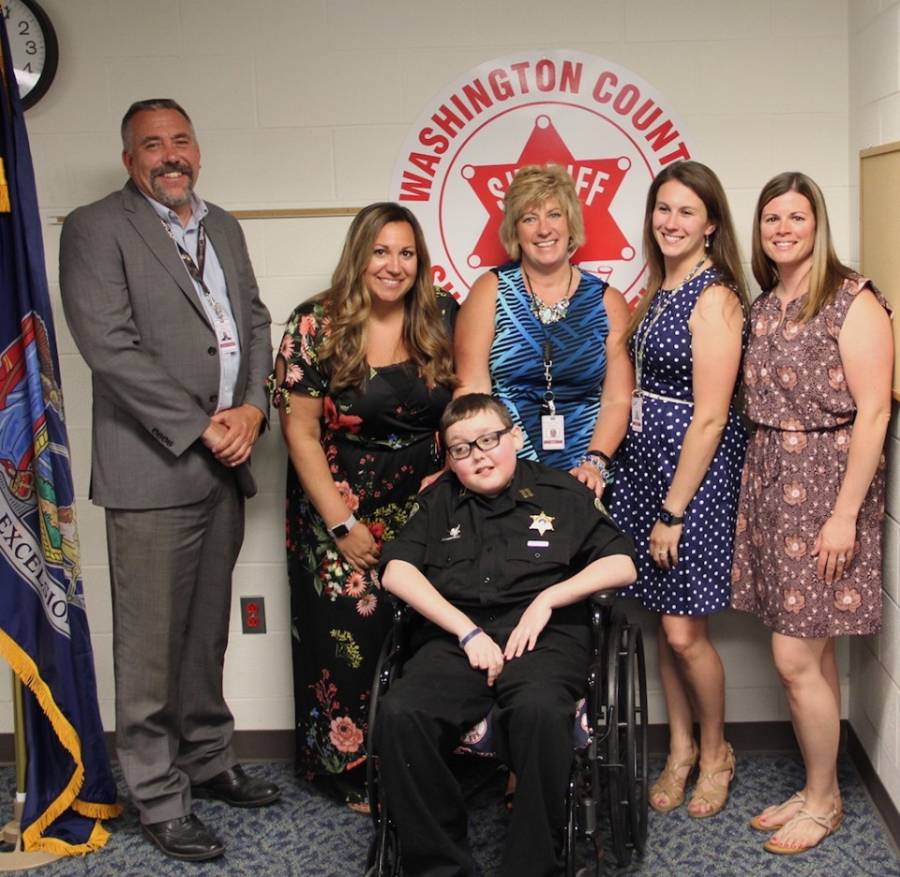 The aunt of a terminally ill little boy is speaking out with gratitude as people around the U.S. continue to rally together to grant her nephew and family one final wish.

READ ALSO: Family of 11-Year-Old With Brain Cancer Has One Final Wish

It’s an amazing outpouring of love from strangers who have been moved by John’s harrowing ordeal.

“Our whole family is really overwhelmed and so amazingly blessed by the response to John’s story,” Sarah Rivette, John’s aunt, told The Pure Flix Podcast on Friday. “[He’s] received over 500 packages. … most of them were boxes and mailers chock-full of these items and these pieces of memorabilia.”

Listen to Rivette reveal the incredible details of the response at the 16-mark:

The initial goal was to get at least one challenge coin, patch or pin from all 50 states — an aspiration that has been exceeded, with patches coming in from places as far as the North Pole.

READ ALSO: 12 Bible Verses for Strength and Courage Amid Illness

Rivette said John’s mother, Carrie (Rivette’s sister), has shown every piece to John, and that these kind gifts have been a source of comfort. But Rivette said that it’s not only the patches and coins that have made an impact; the accompanying stories and letters have also been moving.

“They are some of the most heartfelt, amazing-brings-tears-to-your-eyes sort of letters,” she said. “John’s story has impacted all of these people who have sent items, and to me that’s utterly amazing.”

In addition to the packages, police officers and visitors from afar have been coming to John’s Whitehall, New York, home to visit the boy. Sarah shared just one of the incredible stories.

She said a man from northern Vermont who had heard about John’s story hopped in the car and randomly drove to John’s town to deliver a special gift to the young boy.

“[The man] is also battling a very similar brain cancer to John,” Rivette explained, noting that a fire department in Vermont had given him a fireman’s helmet — and he wanted to pass it on.

“He drove three to four hours without an address — without any direction, showed up with the hope of God and said, ‘I’m here and would like to give this to Captain John,'” she said. “Somebody who has that kind of faith and that kind of love to give to John is amazing.”

Rivette said her family is now fundraising so they can hold an early Christmas with John — another wish they hope to fulfill for the ailing boy (you can help make that happen by purchasing items here). She said they never assumed it would be an option when he went home on hospice care in late July. Rivette said it’s been a “humbling experience” to see John’s story touch so many lives. The visits and love from around the U.S. have helped sustain the family, even as John’s battle has continued.

“Every day is a different struggle,” Rivette said. “He’s still less and less alert and he’s got some pain issues going on.”

Still, the family’s hope and reliance on God remain.

“God is working through our family right now through this terrible time,” she said. “He is being faithful and we just need to trust.”