A Literal and Spiritual Feast on Stage

Babette's Feast draws each audience member in to its living words of hope. 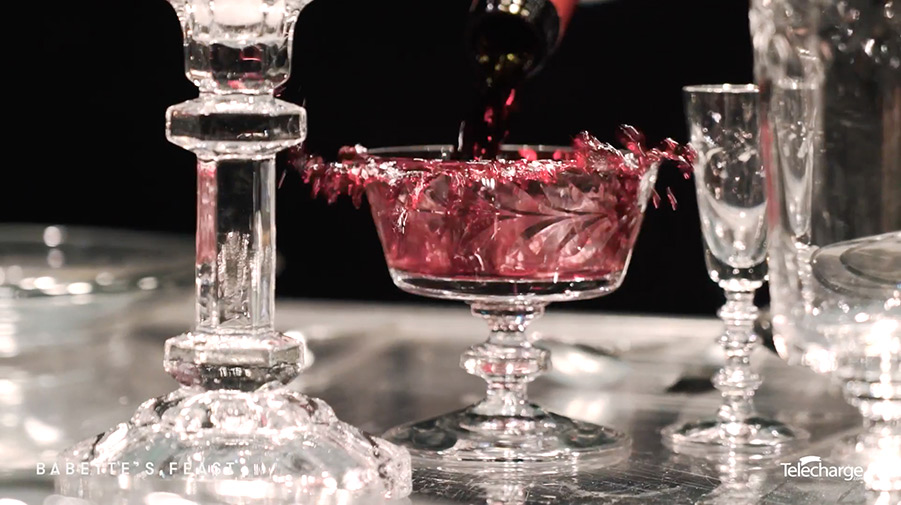 Everything seems to become at once deeper and lighter from the moment you sit down in the Theatre at St. Clement’s Episcopal Church for the off-Broadway production of Babette’s Feast. Originally a short story by Isak Dinesen, famous for her novel Out of Africa, it’s the story of a Christian community in Berlevag, Norway — “the most northern outpost of the continent of Europe in the Arctic circle … at the edge of space and time (summer’s nights are white and winter’s nights are black),” as the director’s note memorably describes it.

The play involves arrival of a refugee whose exemplary cooking skills make for the culminating feast that is replete with implications about the deepest questions of life and happiness, as well as a whole host of issues that have contemporary resonance — most obviously immigration. In Babette’s Feast, welcome is not only of mutual benefit but a road to peace, resilience, and eternity.

On a recent Wednesday night, during a “talk back” after the show, one of the actors sketched the outline of a living, breathing process where the simplicity of this particular production allows for the words to almost take on a life of their own. During the discussion, director Karin Coonrod nodded with joy at the recognition of a reality she had just watched: that “the word was made flesh” on stage.

“We Imagine Grace To Be Finite”

One of the actresses, Abigail Killeen, referred to each performance as “a very important mountain to climb.” She had procured the rights to the Isak Dinesen story for the stage a decade ago in the hopes of getting to this point. You could see in her body language the life-giving nature of the production. In a world where a miserable, overwhelming noise and frenetic images of war and slaughter seem to drown the soul, there is breathing room around Babette’s Feast. It also happens to be, in keeping with what you might expect from the title, cultural nourishment for the soul.

The mountain Killeen talked about is, of course, life — which can be so sterile, so numbing, so completely without grace, if we let it. Babette’s Feast, on the other hand, is all about grace.

“We imagine grace to be finite,” someone says during the play. And that limit keeps us from following our dreams, keeps us from following even the lead of God. It keeps us from courage. We may be good people, but we’re not living up to the purposes for which we were made, fulfilling our divine potential. Throughout Babette’s Feast, with the strict asceticism among the townspeople pitched against the majesty of the Arctic expanse, there is an ever-present hope, even when “fear or scruples” weigh the characters down. Babette, the French woman who is welcomed into the life of the small, frigid town, “appeared to be a beggar … (but) turned out to be a conqueror,” a narrator explains. Her generosity unlocks “passions,” “memories” and “longings,” ones rooted in the uniqueness of the townspeople’s divinely created lives.

An Invitation to a Foretaste of Heaven

Babette’s Feast is unmistakably an invitation to a foretaste of heaven. It’s a gift wrapped in resplendent generosity, feeling undeserved and unexpected. It’s an unleashing of so much expectation and yet beyond anything the human mind could come to communicate during the daily grind. It’s in the wonder of the feast that fellowship invites a welling up of all the gifts of each man and woman around the table.

The hymn Love Divine All Loves Excelling, seems to come to life in a performance of Babette’s Feast. It promises more. It’s the “more” of Easter. It’s an encounter with something like “unbounded love.” It reminds us that people trying to live virtuously can impart something beautiful and attract others to plausible joy.

As visitors leave part of their hearts in Berlevag, each relationship bears fruit as lives are dressed in virtue.

Sister Calling My Name: A Play About Redemption and Hope