In our cultural moment, the victims are not supposed to exist. But they do, and if we can share their burden or prevent the pain of even one other, we must. 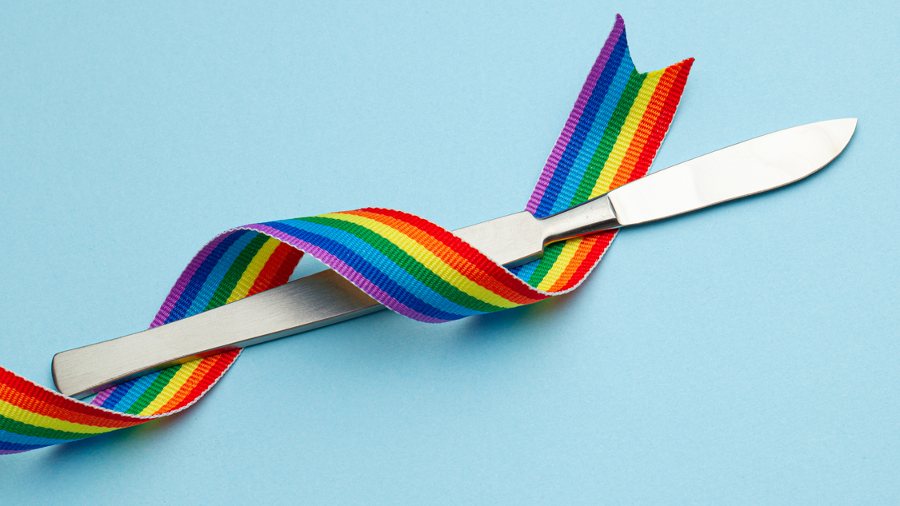 Given the amount of attention the issue gets, it’s easy to yield to a so-called “inevitability thesis” when it comes to transgender ideology; the idea that, it’s just a matter of time before everyone is on board.

A recent story aired for pride month highlighted the story of two parents who chose to raise their biologically female daughter as a transgender boy. “Before Ryland could even speak,” the anchor narrates, “he managed to tell his parents that he is a boy.” But, the piece continues, “unlike some trans kids, when Ryland came out at the age of five a few years later, he had the full support of his parents.”

This story was carried by FOX NEWS, the so-called “conservative” news outlet.

Saying, with a straight face, that a child as young as five could somehow “come out” to her parents before she “can even speak,” tells us next to nothing about the child. It does, however, speak volumes about the parents, as well as the sad state of a culture that allows a story like that to go unscrutinized.

We’re never told, for example, how Ryland somehow “knew” she was a boy as a baby. Now that Ryland’s 14, we are not told the plan for puberty, or beyond. Will chemicals be administered to block puberty? Will destructive and irreversible surgeries enable her family to maintain the charade? FOX’s segment is the same paper-thin propaganda we’ve come to expect from other outlets, promoting a dangerous and unprecedented idea while inferring that anyone not on board simply doesn’t have enough love in their hearts.

The Reality is Very Different

The reality, of course, is different. Across the country, thousands of young people are being permanently marked by physical and psychological damage. In fact, some are now expressing deep regret, and their stories are coming to light.

Journalist Laura Dodsworth recently published a piece at the U.K.’s The Critic titled “The False Euphoria of Dysphoria.” It’s worth quoting at length:

I photographed and interviewed women [who] thought they were transgender, had ‘top surgery,’ then went on to change their mind and detransition.

But although they reverted their names, pronouns, and passports, flesh cannot be returned after a double mastectomy. The effects of testosterone cannot be undone, nor the removal of the uterus and ovaries, which some of these detransitioners also had, leaving them sterile, on hormone replacement therapy for life, and traumatized.

Dodsworth describes how one young woman, Lucy, who, struggling with anorexia and body dysmorphia, was quickly prescribed gender reassignment surgery as treatment: “At the age of just 23, she could not comprehend how doctors could remove her breasts, uterus, and ovaries. ‘I feel mutilated,’ she said.”

Another young woman, Susana, described how her dysphoria grew from the scars of unaddressed sexual abuse: “For me, transition was a kind of self-harm. I was trying to destroy the person I was.”

Still another young woman, Sinead, wishes she could have received real help instead of a quick fix:

I’ve tried to talk about background issues with therapists. … Actually, I think my gender issues came out of mental health, not the other way around. … For the rest of my life I will always be bewildered that this was allowed to happen. I was dealing with unaddressed trauma from sexual abuse. I needed therapy and help, not a bilateral mastectomy.

The conclusion, according to Dodsworth, is simple. Listen to the stories of those who have detransitioned.

Women’s sports, prisons, even the basic question of what a woman is, have become a uniquely modern battlefield. Detransitioners bear the literal scars of this battle. … The problem is that young people are affirmed and groomed before the first doctor’s appointment by euphoric and unbalanced content on social media. One trans man’s pure joy may be another woman’s pure regret.

The stories Dodsworth tells are just some of the stories now emerging from young people dealing with incredible regret. Figures like Helena Kerschner or Scott Newgent, and hundreds of others on blogs, Twitter threads, and Reddit posts are telling the sobering truth about what trans ideology cost them.

What this means for Christians is that we must not buy into any “inevitability thesis” when it comes to trans ideology. We aren’t on the wrong side of history, or of our religious beliefs, or of love. The number of detransition stories coming out of the U.K. are a good example that, if anything, America is out of step with much of the rest of the world, who are currently applying the brakes to “gender transitioning” therapies for minors.

Also, Christians must give up, once and for all, a foolish and dangerous position of neutrality on this issue. Most damning of all is the claim that to not oppose the destructive gender ideologies of our culture is somehow “the loving thing to do.” Too many stories of regret and permanent damage have already emerged. More are told every day. We can never again say that we didn’t know.

Creating space for the stories of detransitioners to be shared is a powerful way to combine truth with compassion. Ideas have consequences, and bad ideas have victims. In our cultural moment, the victims are not supposed to exist. But they do, and if we can share their burden or prevent the pain of even one other, we must.