Life Lessons From the Kindergarten Election 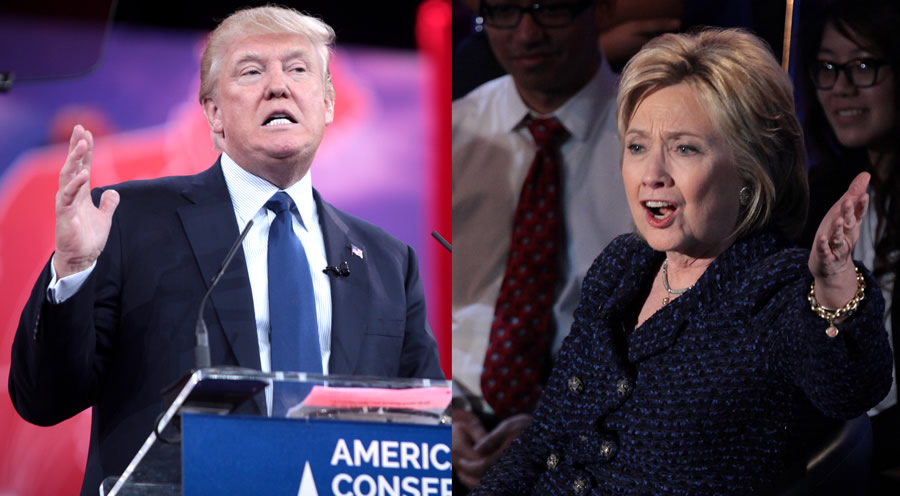 Are you depressed about the presidential election? Do Donald Trump and Hillary Clinton astound you with their weapons-grade yet quasi-comical awfulness? When you read the news of the day, do you fight an insistent urge to throw your computer out the window, chop off your hair, don some scary-looking face paint and disappear into the desert wilderness like the crabby late 19th-century writer Ambrose Bierce?

Well, join the club. On Wednesday, RealClearPolitics‘ Alexis Simendinger highlighted the despair of the nation’s “Wal-Mart moms,” as revealed in what may have been the most depressing focus groups in the history of mankind. Gathered in Ohio and Arizona, the participants compared this year’s election to, as a Washington Post report put it, “choosing which arm to cut off.”

The Wal-Mart moms are rightly despondent, along with the many fine Americans trying to figure out what to do in this nightmarish political year. Parents of small children, it turns out, are particularly peeved. “What can this election possibly teach our kids?” they ask. “What conclusions about the world can they possibly draw? How can I tell my children I voted for someone terrible?”

Take heart: This is a hidden opportunity! Understood properly, the election of 2016 can impart some crucial life lessons to kids of all ages — and perhaps it will even deliver those same lessons to the adults who somehow missed them the first time around. (This is wildly optimistic, I know.) Read on:

Truth can be stranger than fiction.

It is not a good idea to joke about assassinations or people dying.

Well, yeah, no kidding. Most people learn this when they’re around 4 years old, but it bears repeating, apparently. Meanwhile, recent footage of Ted Strickland, the Ohio Democratic Senate nominee, shows him joking that Supreme Court Justice Antonin Scalia’s death “happened at a good time.” Life lesson: Please don’t do this. It’s not that hard.

Can we have a special dedication go out to all those exhausted, overworked news cycles that refused to die because Donald Trump refused to say “sorry”? As Trump told Tonight Show host Jimmy Fallon last September, “I fully think apologizing is a great thing, but you have to be wrong.” For her part, Hillary Clinton seems to believe that merely pretending certain things didn’t happen — like, say, sending classified emails from a vulnerable rogue server — substitutes for expressing regret. Attention, kids: Do not try this at home. In life, you will frequently be wrong. A little self-reflection — and an occasional, honest “I’m sorry” — will get you a long way.

If you’re an 11-year-old and you defend Trump’s use of bad words, you’ll get to appear on CNN with your mom!

OK, never mind. Please don’t teach your kids this. But it did happen to young Matthew Schricker, a robust Trump supporter who also managed to heckle Mike Pence at a North Carolina rally. If past trends regarding child political prognosticators hold true, a hemp-wearing Matthew will passionately lead the world’s largest Bernie Sanders/Occupy Wall Street rally to date in downtown Seattle in the spring of 2021.

There is no man — or woman! — behind the curtain.

“Fortunately,” as Willie Nelson once said, “we are not in control.” Herein lies one of the weirdest discoveries a young person can make: The world may be run by grown-ups, but many of them are just as clueless as kids! There is no vastly competent “man behind the curtain.” Most of us are winging it; some adults are just better at hiding that fact than others. If our hapless leading presidential candidates don’t bring that point home — along with the importance of limiting the power of government and politicians — I don’t know who will.

The National Impeachment Referendum on November 6 Could Unleash Mob Rule, or Stop It