There are instances of Republican activists allegedly committing fraud, but the preponderance of evidence lays the practice firmly at the feet of Democrats. 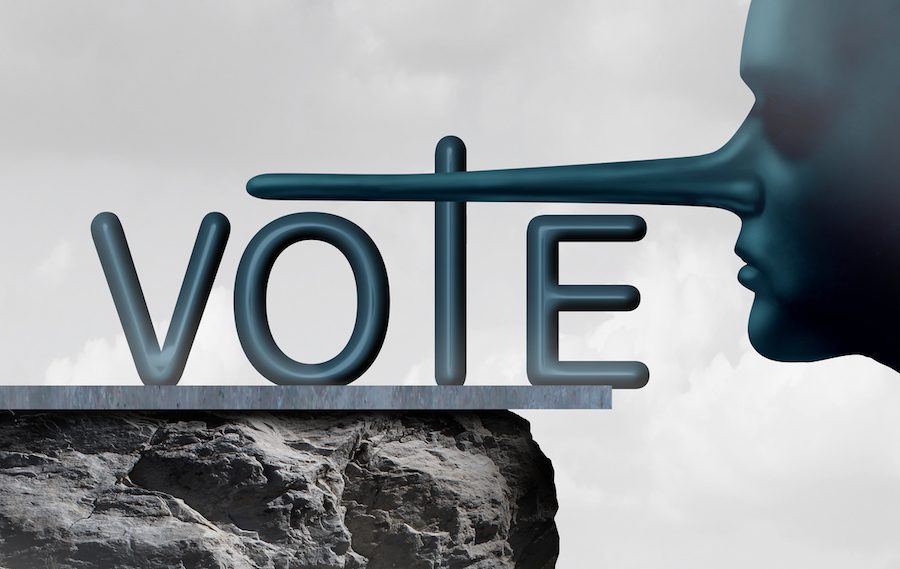 Democrat Governor Roy Cooper of North Carolina vetoed a bill earlier this month that would remove self-admitted foreign nationals from the state’s voter rolls. At the same, now-former Bolivian President Evo Morales accepted asylum in Mexico when his country erupted in violence after charges he stole the election through widespread fraud.

Corrupt elections have occurred since the Roman Empire when buying votes was standard practice. Today’s world leaders who have stolen elections from their own citizens have something in common — they are leftists, socialists or communists. Some are simply oppressive tyrants. Not one is a conservative, classical liberal or libertarian thinker.

Morales, Mexico’s President Andrés Manuel López Obrador, and Venezuela’s Nicolás Maduro Moros are all part of socialist, left-wing coalitions, and all were elected amidst charges of ballot irregularities. Their economies are a disaster and their people are suffering.

Leftists on other continents have similar histories. In a 2013 election in Zimbabwe, one-third of voters were already dead. Turkey’s President Erdoğan was accused of electoral malfeasance in his 2018 win. The party of anti-U.S. cleric Muqtada al-Sadr in Iraq — whose Shia militia attacked American soldiers — was accused of widespread fraud in 2018.

American progressives tout studies from their own base such as the Brennan Center for Justice or the American Civil Liberties Union (ACLU) to claim U.S. voter fraud is rare or non-existent. The above noted foreign leftists make the same claim.

At the American Civil Rights Union, we sued Florida’s Broward County election executive and Democrat Dr. Brenda Snipes in 2016 over concerns of ballots prematurely destroyed, unlawful polling hours, and absentee ballots that magically disappeared while others showed up in strange places.

In January of 2019, the State of Pennsylvania admitted it found “at least” 11,198 non-citizens registered to vote, but Democratic Governor Tom Wolfe refused to provide this data to federal authorities for cross checking with Census databases.

Ballot harvesting invites fraud as ballots are collected and delivered to polls by “intermediaries.” In 2016, the progressive California legislature made vote harvesting legal. Florida’s Pamela Goodman of the liberal League of Women Voters, incredibly, quipped about voters shown to cast ballots in two different states that, “the problem isn’t people voting twice.”

The Heritage Foundation keeps a tally of voter fraud court cases that is 61 page views long, but an obvious problem of fraud tracking is that it’s monitoring deceit — no one is going to admit to it to a reporter or pollster. We can’t know how much fraud really occurs.

There is a demonstrable shortage of will from swampy, entrenched political classes to punish fraudsters, especially those who benefit from it. Nineteen foreign nationals in North Carolina accused of voting illegally have been given small fines. Governor Cooper claims removing foreigners from voter rolls (who attested on jury duty forms they were non-citizens) would be “blocking legitimate voters.”

There are instances of Republican activists allegedly committing fraud, including the North Carolina case of Leslie Dowless. But the overwhelming preponderance of evidence lays the practice firmly at the feet of Democrats.

The result of long term, unaddressed vote fraud is clear — social unrest, economic depression and the erosion of the right to vote itself. Pretending fraud does not exist is a danger to every voter and, over time, leads to electoral lawlessness and political chaos.

Why voter fraud is such a deeply entrenched product of socialism, oppressive leftism and modern liberal activists is open to debate, but it is no badge of honor to harness power through deceit.

Attempts by conservatives to protect voter integrity is met with the false and deflective “you’re a racist” or “it hurts poor people.” That leaves solutions to curbing fraud in great part to reasonable liberal voters — but not their party elites.

America needs thoughtful honesty about voter fraud, not mindless, party-based talking points. We need a collective will to fix it. It is only through rule of law and respect for every rightful vote that our nation will remain freedom’s home for liberals and conservatives alike.

We are the company we keep. Voters must decide which fraud narrative to choose, regardless of how they vote.

Ambassador Ken Blackwell is a Senior Fellow at the American Civil Rights Union (ACRU) and a member of its Policy Board. He is a Former U.S. Ambassador to the United Nations Human Rights Commission and former Secretary of State for Ohio.