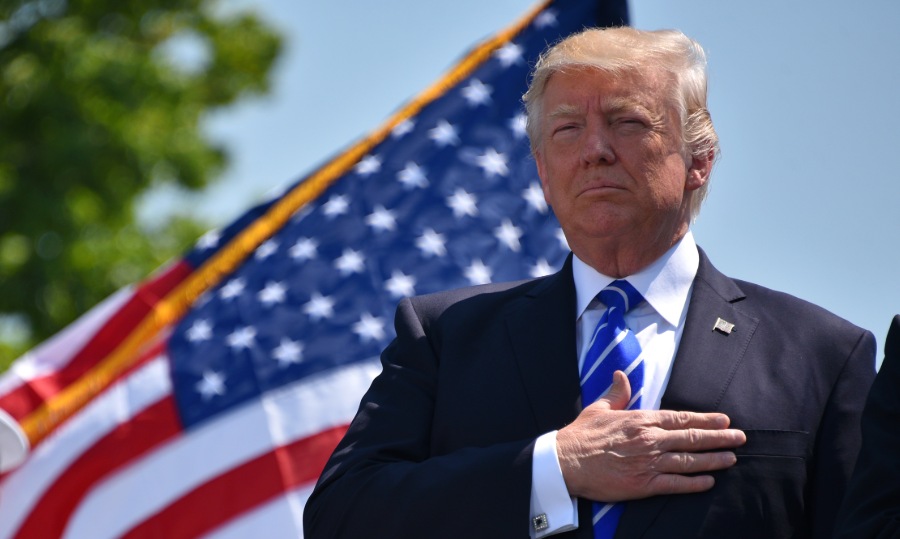 I have no desire to defend the worst of President Trump’s tweets. Or the ugliest of his words. Or the most inappropriate aspects of his behavior. And I have no idea whether he understands what it means to be a Christian or if he ever reads the Bible.

But in 2020, if it is Donald Trump vs. any of the Democratic candidates, I would vote again for Trump in a heartbeat. And the liberal media will not shame me out of my vote.

As I wrote before, I will not play the game of renounce Trump to prove my Christian witness.

When the president embarrasses me, I’ll say so.

When I find his words or actions offensive, I’ll make that known.

Won’t March to the Beat of Critics

But I will not dance to the tune of the liberal media or march to the beat of the critics, nor should you.

First, you will never appease your ideological enemies. Until you renounce your larger, conservative convictions, you will still be branded a bigot and a homophobe, a hater of women, and more.

True, on a personal level, I might get some liberal airtime if I were to say today, “As an evangelical leader, I am deeply disappointed in the behavior of President Trump and will not vote for him in 2020.”

But I guarantee you that I would still be hated by those same liberals for my views on abortion and homosexuality. I would still be considered a dangerous transphobe for standing against transgender activism. I would still be vilified as a small-minded hater for affirming the authority of Scripture.

Trump or a Radical Liberal?

Second, there is a clear endgame these critics are playing when they shame evangelicals who voted for Trump. They want him to lose the next election. They want one of their own in the White House.

They could care less about hurting our evangelical witness. In fact, they’re the ones who helped create and drive the narrative that, “No true Christian could ever vote for Trump!” (For the sensitive Christian reader who struggles with some of the president’s words and actions, ask yourself this question: Do liberal media pundits who mock our Christian values really care about our witness? Do you really think they want to help us be more effective in sharing the gospel with others? Really?)

There is a clear endgame these critics are playing when they shame evangelicals who voted for Trump.

The goal of the liberal critic is simple: Diminish support for Trump, increase support for one of his opponents. Period.

Not Blind to the President’s Shortcomings

“But,” the critic asks, “how can you possibly vote for Trump? He’s such a vile character. He is so crude with his insults. He’s nasty, and he’s divisive, and so much more that is unchristian. How can you vote for him?”

To be perfectly clear, I am not blind to the president’s shortcomings. During the primaries, I was one of his most vocal conservative detractors. (See this video we put out in November, 2015 titled, “Why Evangelicals Should Have a Problem with Donald Trump.” We never took it down for the sake of integrity and honesty. That is how I felt at that time.)

Right before the 2018 elections, I wrote a book titled, Donald Trump Is Not My Savior (and I did this as a Trump supporter.)

So I am hardly blind when it comes to our president’s faults. And I have never been comfortable with evangelical leaders defending Trump as if he were a paragon of Christian virtue.

But that’s the whole point. He is not our Savior. He is not our moral champion. He is not our spiritual leader. As I’ve said before, the Savior gets my life. The president gets my vote. There is no comparison between the two.

Although I personally did not believe the president’s recent “go back home” tweets were racist, I was not happy with them either. Nor was I happy with the “send her home” chant at his North Carolina rally. Or with the way he recently responded to New York Times columnist Thomas Friedman.

A Legacy of Life

But I am thrilled with how he has transformed the Ninth Circuit Court of Appeals with his appointees, resulting in a major pro-life victory against Planned Parenthood.

I am thrilled that, back in March, the UK Guardian could run a headline stating, “Trump’s legacy: conservative judges who will dominate US law for decades.” Or that, in April, the Hill could state, “Donald Trump has secured the future of our American courts.”

If we can save the lives of babies who were being slaughtered in the womb, do you think they will care if the man who helped save them was sometimes vulgar and crude?

More recently, an email from First Liberty’s Kelly Shackleford announced that, “Over the past week, the U.S. Senate confirmed five more judges to the federal bench. These five confirmations are an important milestone that bring the total number of the President’s-appointed judges to 130.

“For the first time in this administration, we have more confirmations (130) than vacancies (129).”

In the same way, when it comes to the economy, if it’s Trump vs. a socialist, he has my vote. The same when it comes to religious liberties. Or standing with Israel. Or pushing back against radical LGBT activism.

Trump gets my vote, and the liberal media won’t shame me out of it.

As for my testimony as a follower of Jesus, watch my life and actions. Listen to my words. Examine me closely, then come to your own conclusions.

And then ask yourself this question: If we can save the lives of babies who would have been slaughtered in the womb, do you think they will care if the man who helped save them was sometimes vulgar and crude? And do you think they’ll find us unchristian if we voted for him?