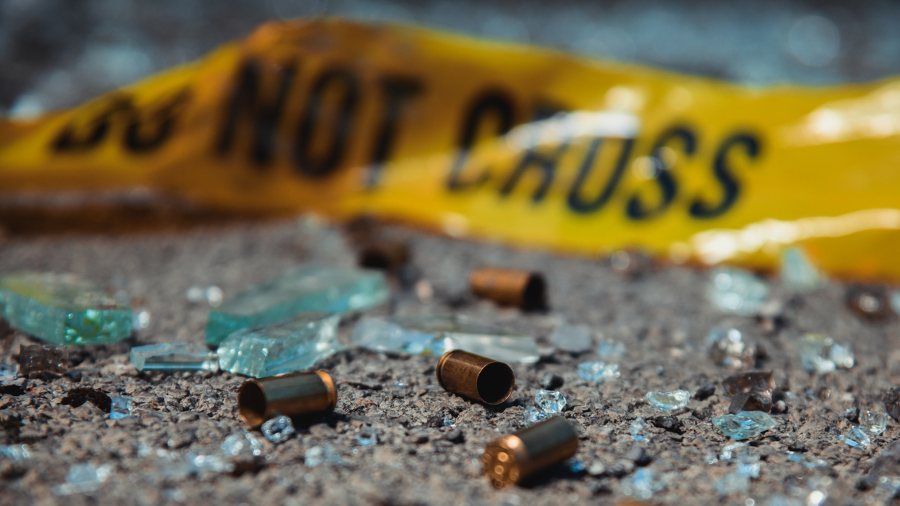 Violent crime remains intolerably high, but the left wants you to think that perception is just a concoction of right-wing media.

After more than a decade of violent crime decreases with just a few interludes, crime has shot back up to levels not seen since the early 1990s.

Blaming Guns When They Do Notice the Crime Wave

When the left acknowledges this fact, it often does so by tying the violent crime increase to the sale of guns. However, there’s no evidence that the additional crimes are being committed by law-abiding gun owners.

People are buying more guns because they feel less safe, not the other way around. As Zachary Faria wrote in The Washington Examiner, “the surge in gun sales is a response to gun crime, not the cause of it.”

A recent example of that would be an article by Philip Bump in The Washington Post on Thursday, “Crime is surging (in Fox News coverage).”

How dare Caldwell ask an elected official about crime? The thing is, it wasn’t just any member of the media asking questions.

Caldwell’s brother was fatally shot in Chicago in June. It’s quite an exercise in gaslighting to dismiss Caldwell’s concern as just a Fox News narrative somehow divorced from reality.

To me it’s frankly unconscionable that @pbump would write an article in the Washington Post to gaslight a man whose little brother was murdered in Chicago a few months ago. The legacy media’s main purpose is to bully & intimidate anyone who challenges their propaganda. https://t.co/JLraz9spnQ

Bump didn’t mention Caldwell’s brother, who was black, in his article.

The @washingtonpost @pbump wrote about my segment — Dem leaders refused to answer my question on the Crime Crisis & he pretends it’s not legitimate. My brother, & many others, were murdered in Chicago & the US this year. Don’t tell me there’s not a crisis. https://t.co/cnuU4BC9TW

Black lives appear not to matter as much when they don’t fit left-wing media narratives. So much for the “lived experience.”

Bump’s argument is essentially that Fox News highlights crime to serve as a political utility to gain power. To the contrary, that seems like projection.

Does the left not cite “institutional racism” and incidents involving police to get its way politically? A few years ago, we got just that in the form of the “defund the police” movement that the mainstream left now tries to deny ever existed because it backfired spectacularly.

However, it’s also noteworthy that the FBI statistics in 2021 were incomplete.

According to the FBI, the bureau began tracking data using a new system this year, and many states haven’t made the switch. Most agencies in California, New York, Illinois, and Pennsylvania haven’t reported their data. Can you think of some cities in those states that might be significant in terms of rising crime statistics?

The FBI simply made estimates in locations where it didn’t have data. So, this year’s numbers may not be delivering an accurate picture of the reality and trends. And the data we have still isn’t “good” news.

The Trend is Clear

Some on the left, like Bump, claim that the cloudy picture from the raw data makes it impossible to make any conclusions about whether crime is up or down. That might be true on the margins, but the trend from just a few years ago is clear.

There was a significant spike in violent crime following the 2020 riots in the wake of the death of George Floyd.

Compared with early 2020, violent crime is unquestionably up, and significantly so. There’s no evidence that it’s tapering off, and it seems much more likely that it’s increasing or at least remaining at an elevated level.

Violent crime hasn’t yet surpassed the levels seen in the early-to-mid-1990s, but is that really the standard we should measure it by?

However writers at The Washington Post and The New York Times want to spin it, violent crime is now a serious issue communities large and small are coming to grips with. It comes in the wake of the 2020 riots and the specific policies pursued by cities at about that time.

Decades of Positive Improvement Wiped Out

We’ve wiped out decades of positive improvement on crime. It’s more than reasonable to be deeply concerned about this.

Minneapolis, the city at the heart of the “defund the police” movement, has reverted to high levels of violence reminiscent of when it was nicknamed “Murderopolis” in the mid-90’s.

Other cities less well-known for high levels of violence and crime — and more known for their left-wing activism and politics — also saw dramatic increases in violent crime rates. Portland, Oregon, saw a 207% increase in homicides from 2019 to 2021, according to a report from the mayor’s office.

The common trend is that cities with elevated violent crime rates typically have a significant anti-police movement, a shrinking police force, a social justice-oriented district attorney, or usually some combination of the three.

The result has been that America is a more dangerous country, one where criminals are emboldened and law-abiding citizens are forced to do more to protect themselves or risk becoming victims. It’s why Americans’ worries about crime are at their highest level since 2016.

That’s not a narrative, or a conspiracy. It’s reality.

Have an opinion about this article? To sound off, please email [email protected] and we’ll consider publishing your edited remarks in our regular “We Hear You” feature. Remember to include the URL or headline of the article plus your name and town and/or state.

Jarrett Stepman is a columnist for The Daily Signal. He is also the author of the book “The War on History: The Conspiracy to Rewrite America’s Past.” Send an email to Jarrett