Let Mike Adams Rest in Peace. But Trump Must Free Us From the Left’s Chokehold on Schools 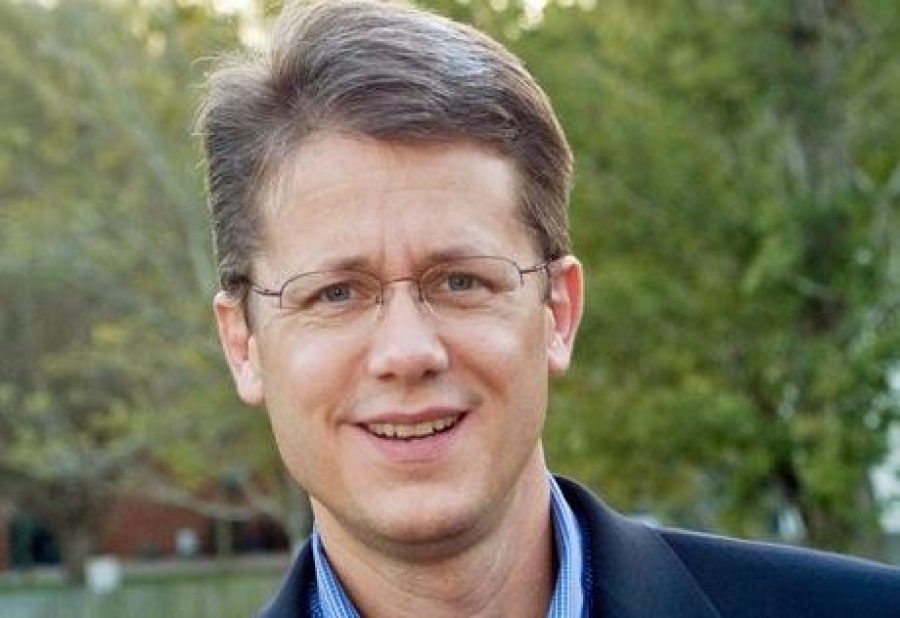 A good man is dead, and the wicked are rejoicing. Since he has been silenced, we must speak.

University of North Carolina sociologist and Town Hall columnist Mike Adams died at the age of fifty-five. The report came from WECT News on July 23, 2020, at 5:13 PM. Police found his lifeless body but the public still does not know when he died or exactly how. According to Ashlea Kosikowski’s report, details are still vague. The local police department will investigate the cause of death. It appears a firearm was involved. According to Kosikowski:

The 911 caller was a friend who was concerned he hadn’t been able to reach Adams and that his car hadn’t moved for days. He said Adams had been erratic lately — not dangerous, just under a lot of stress over the last few weeks.

Officials confirmed the identity of the body as that of Adams and the computer-aided dispatch report noted a “gsw” which is the abbreviation used for gunshot wound. However, the official cause of death has not been confirmed by New Hanover County Sheriff’s Office because the investigation is ongoing.

I find a great deal to unpack in these two paragraphs. I’ve written hundreds of columns since coming out as a “conservative writer” in 2008. But this one feels more important than the others. As I will try to explain below, Dr. Adams’s death reveals an undeniable truth that conservatives must face.

Tap Dancing on a Teacher’s Coffin

The liberals who militated against him for decades could scarcely hide their contempt even after Adams died. The headline on NBC’s website was “Professor behind ‘vile’ racist and sexist tweets found dead in his North Carolina home.” A 27-year teaching veteran who lived for fifty-five interesting and complicated years dies. And NBC still wants to bring up his old tweets, and judge them by the strictest 2020 PC standards. The same NBC that reports on Planned Parenthood, never mentioning the proudly racist, eugenicist views of its founder Margaret Sanger.

Mike Adams descended from a long line of scandalous truthtellers stretching back to Socrates.

What put Mike Adams under a “lot of stress”? The organized abuse of the academic left. A Daily Beast article from 2018 offers us a glimpse into the gigantic network of agitators who had tracked his comments for years in hopes of driving him out of his job. The author, Jenn Hoffman, drags up decades-old remarks. She plays the usual wordsmith game that allows outrage bloggers to distort statements. That way she can throw out whatever sounds monstrous enough to meet the current mob’s need for ammunition.

He condemned “the gay lifestyle” and likened same-sex marriage rights to “rape.” He called trans people mentally ill and asserted that any doctor willing to help with gender-reassignment surgery should be charged with mutilating a mentally ill person.

He Dared to Be a Vocal, Conservative Christian

There is no point to tracking down every comment cited by this army of character assassins. Suffice it to say, Mike Adams had an irreverent wit and prolific writing abilities. Some people bear the burden of irrepressible boldness. They must play prophet and martyr to a society lost in its pleasant illusions. (See Isaiah 30:12, “They say to the seers, ‘see no more visions!’ and to the prophets, ‘prophesy illusions!’”)

There is no shortage of work for public commentators who sugarcoat the truth and tell people want they want to hear. Mike Adams descended from a long line of scandalous truthtellers stretching back to Socrates.

We Don’t Know How He Died

Whether this was suicide or homicide, Mike Adams’ death was a tragedy. We may never know what really happened because his case has already been heavily politicized. He negotiated forcefully with the abusive University of North Carolina and got a settlement of over $500,000. He was set to retire on August 1. Would such a confident Christian kill himself a week and a half before he was about to get a half a million dollars? I find that hard to believe.

Please pray that Mike Adams rests in peace, and for the comfort of his loved ones. Then we need to set things in motion to change the System. A talented truth-teller like him should not die in vain. His death has a broader meaning beyond the situation on a North Carolina campus. It brings to light grave evils in our education system that countless conservatives and Christians have suffered in quiet desperation.

We need President Trump to form a commission to study and address the persecution of conservatives in education. As someone who taught college students for twenty years, I say this with heartfelt urgency. I’ve told the horror stories of my own journey through academia. But no individual’s story can match the larger calamity that has occurred. Education is the key to transmitting civilization. How can we leave it imprisoned by one side of the political spectrum?

William F. Buckley wrote God and Man at Yale sixty-nine years ago. The right wing has spent seventy years freaking out about it contents. After seven decades to see if we could fix this, we’ve failed. And the country is in danger because of it.

This may sound like a speech from Alcoholics Anonymous, but it is time to admit that we need help. As a conservative movement, we cannot correct the problem of education. We’ve tried to keep our dignity. We didn’t want to whine or play the victim.

But Mike Adams was a victim. Conservatives are victims of liberal domination in schools. Americans are victims of what’s gone on in education. You only have to look at riot-scarred Portland to see what decades of liberal bias have done to the minds of young people. And there are thousands of bright conservatives like Mike Adams. Most never reached his tragic end, but suffer in silence, somehow surviving.

Trump named “cancel culture” in a July 3 speech before Mount Rushmore. That speech was historic but we need more. He should convene a government commission that can:

Time to admit it. Our efforts have failed. Conservative organizations and citizen groups are incapable of fixing things. The right wing must give up its lukewarm battle cries of  “small government” and “local control.” These have been codewords for doing nothing about the toxic leftward direction of education. And buzzwords of a profitable cottage industry that produces only … complaints.

Homeschooling works wonders for families that can do it. But it’s not the comprehensive answer to the kind of leftist tyranny that seems to have led to Mike Adams’ death. School choice offers some individuals options for kids. But it doesn’t solve the underlying problem of a far left monopoly.

We can’t solve our problem by telling conservatives to send their kids to Christian schools and colleges. Those are already largely infiltrated. I should know, I got fired from a Baptist Seminary. It treated me worse, because of my conservative beliefs, than liberal and secular Cal State ever had.

The educational institutions that liberals currently control have enormous power over the country. They use it to wage an unconscionable persecution of conservatives. Mike Adams is now dead because of it. Avoiding, sidestepping, or deflecting hasn’t worked up until now. It won’t work in the future. We have to face down the enemy to save our country.

But we have few weapons left. We do have the sympathy the current Republican president has shown toward our cause. His reference to cancel culture in the July 3 speech signified a historic change. A president has acknowledged that conservatives aren’t just being melodramatic or fussy. When we talk about our experiences as targets of discrimination, we speak of something real. This admission is huge. We never heard anything like it from George W. Bush.

The Government Can Help

We need a government initiative. Sometimes an existential threat to the country has no obvious fix delineated in the constitution. For instance, after the Civil War, African Americans were freed from slavery. But they were still tyrannized by local governments. So they needed the Fourteenth Amendment, and needed to see it enforced. During the presidency of Teddy Roosevelt, large corporations formed monopolies that were not technically illegal but endangered the functioning of society. The Racketeering Influencing and Corrupt Organizations Act (RICO) had to be passed because criminals had learned how to exploit the loopholes in existing laws.

Years ago, campus tyranny stopped being a hot topic to score points against the left. We mostly just shrugged and ceded our enemies control over our kids. Whether it is K-12 or higher education, the teaching profession is the core of America’s identity. Teachers define the course of our country.

A Third of the Country Sits Muzzled

Conservatives still make up 35 percent of the United States population. Yet they have been blacklisted en masse from teaching. From the nursery school to post-doctoral fellowships, conservatives are blocked at credentialing and hiring stages by liberal gatekeepers. They are also threatened and sabotaged at the teaching jobs they do get. They face the constant threat of being doxed by outside mobs. Or subject to frivolous complaints by students. Then harassed by colleagues and administrators based on their beliefs. That’s what destroyed Mike Adams.

The conservative world must mourn this man’s death as the African American community did George Floyd’s. Floyd had a criminal history but black people still took his death to heart and rallied around his memory.

Mike Adams was imperfect. He said things I would not have. Maybe he could have done more to help other conservative scholars. But don’t let him die in vain. He was one of us, and the way he died was wrong. Let’s be at least as decent and respectful to him as the leftists are to their imperfect poster children.

Robert Oscar Lopez is a professor of English and classics. He edits English Manif and founded the International Children’s Rights Institute. See also four additional articles Lopez has published on education and the left.