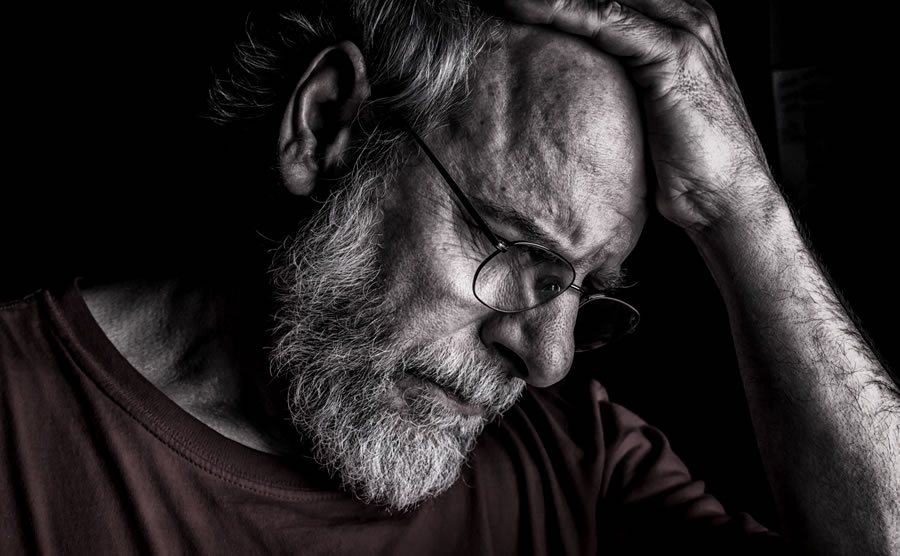 His name means “hated” or “afflicted.”

Whether this was his actual name or a label attached to him because of his intense suffering, Job remains history’s greatest representative of suffering.

Job was committed to his family. He cared deeply for his children, praying for God’s mercy toward them in case they had sinned (1:5). Unlike many of his contemporaries, he was married to only one woman (2:9-10).

That’s where Satan stepped in. He dared God to test Job, the man God called “my servant” and of whom God said, “there is no one on earth like him, a man who is blameless and upright, who fears God and shuns evil” (1:8).

The Enemy first asks God to let him destroy all Job has and loves — possessions, children, livestock. When Job doesn’t buckle, Satan returns and asks God to let him harm Job physically. God allows this, with one exception: Satan was not allowed to take Job’s life.

It’s significant for Christians to note that Satan can go no further than God lets him. The two are not in some invisible cosmic contest — the reality is that the devil is a defeated enemy, roaming the earth to destroy because he knows his time is nearly up.

But back to Job. He’s visited by three of his friends, who for the first seven days sit with him in silence. This showed not just the serious of Job’s pain but their sensitivity to it. Yes, the three friends gave Job a lot of bum advise, as we’ll discuss. But in the early days of Job’s trial, they let their friend know they were there with him and for him.

But then they start to lecture Job. Eliphaz infers Job’s children were crushed because he (Job) is a fool (5:1-4). Bildad accuses Job of unrepentant sin: “If you will seek God earnestly and plead with the Almighty, if you are pure and upright, even now he will rouse himself on your behalf and restore you to your prosperous state” (Job 8:5-6). Zophar tells Job he is getting less punishment than he deserves (Job 11:4-6). As the saying goes, “with friends like these…”

Then along comes Elihu — who rebukes these know-it-alls, for their pompous lectures, and Job as well. Elihu was “angry at Job because he justified himself rather than God; he was angry also at Job’s three friends because they had found no answer, although they had declared Job to be in the wrong” (32:1-3).

Eventually, Job realizes that despite his protests, God is God. After many powerful, clarifying, and humbling questions from the Lord, Job says, “Behold, I am of small account; what shall I answer you? I lay my hand on my mouth. I have spoken once, and I will not answer; twice, but I will proceed no further” (40:4-5).

Put another way, Job recognizes that God is just, loving, sovereign, awesome beyond imagining. And mysterious. He does not explain to us all His reasons for what He does or allows. He reveals the grandeur of His character, not the specifics of His purposes. He calls on believers to trust Him even in the midst of great pain, pain for which there’s no valid human explanation.

When other Christians suffer, it’s so easy to give them advice. We deepen their pain when we treat it with shallowness.

Being With Those in Pain

Joe and Mary Lou Bayly had seven children, two of whom died while young and a third at age 19. Joe Bayly, longtime editor of Eternity magazine, wrote a book about their tragic experiences called The View from a Hearse. In it, he tells of two friends who came to his grieving home.

Being with people in Jesus’s name is one of the best ways to bring true comfort. That, and gently pointing the hurting to the loving, omnipotent, and all-wise God.

“I was sitting, torn by grief,” says Bayly. “Someone came and talked to me of God’s dealings, of why it happened, of hope beyond the grave. He talked constantly, he said things I knew were true. I was unmoved, except to wish he’d go away. He finally did.”

But then another friend came. He “sat beside me. He didn’t talk. He didn’t ask leading questions. He just sat beside me for an hour or more, listened when I said something, answered briefly, prayed simply, left. I was moved. I was comforted. I hated to see him go.”

Yet when seated with those who are suffering, we want to be Jesus at their side. (After all, nobody sings “What a Friend We Have in Zophar.”)

Being with people in Jesus’s name, with Jesus’s heart, with his ears to hear, is how we bring true comfort. Gently guiding the hurting to the loving, omnipotent, and all-wise God who is always there for his children.

If the Foundations are Destroyed, What Can the Righteous Do?