There's no escaping it: Socialism is anti-Christian. 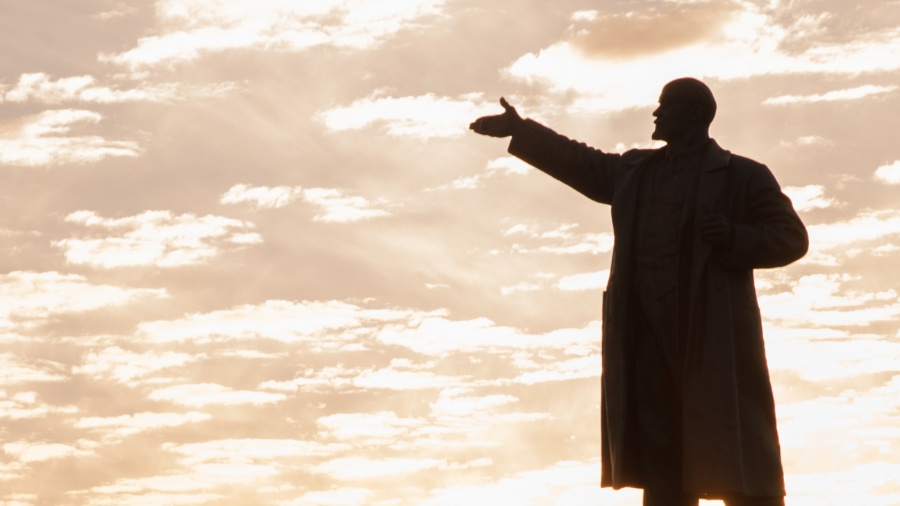 “If someone calls it socialism,” said Rev. William Barber at the August meeting of the Democratic National Committee, “then we must compel them to acknowledge that the Bible must then promote socialism, because Jesus offered free health care to everyone, and he never charged a leper a co-pay.”

Barber’s statement brought secular progressives to their feet in thunderous applause. That included DNC chair Tom Perez, who says that democratic socialists like Congresswoman Alexandria Ocasio-Cortez represent “the future of our party.” That’s a party once headed by men like John F. Kennedy, who warned of the “fanaticism and fury” — the “ruthless, godless tyranny” — of the “communist conspiracy.”

Describing the U.S. Constitution and the Bible as “socialist documents,” the Rev. Barber exhorted the faithful: “If you want to have a moral debate, bring it on, baby!”

A moral debate on socialism and Christianity, pastor? Sure, let’s have it.

But there’s no need to pick on Rev. Barber. He’s interchangeable with any number of “social justice” proponents on the Religious Left. His statement actually pales to what was published in the Jesuit-run America magazine a few weeks ago — a stunning piece titled “The Catholic Case for Communism.” The column, which was written by an America staff writer named Dean Dettloff, came with a defense and explanation by America’s editor-in-chief, Fr. Matt Malone, S.J., called “Why we published an essay sympathetic to communism.”

That’s no laughing matter. The Roman Catholic Church in the 1937 encyclical Divini Redemptoris referred to communism as a “satanic scourge,” a “truly diabolical” instrument of the “sons of darkness.”

Can you imagine a publication in 2019 defending such an ideology? What did communism produce in the interim, between 1937 and 2019? Only 100 million corpses or so.

What Did Lenin Think of Religion?

But back to this democratic-socialism infatuation by many on the modern Religious Left. I dealt with this not long ago in a recent piece laying out at length what the Catholic Church has taught about socialism and even its alleged more “democratic” variants. Here, too, this article could run thousands of words with endless examples, including some from the very founders of socialism, Marxism, Marxism-Leninism, and past democratic socialists and Social Democrats refuting this stuff. Socialism is, in Marxist theory, the final transitionary step to communism.

Here today, I’ll offer merely a snapshot from Vladimir Lenin himself — who, for the record, was a Social Democrat. Yes, you heard that right. The Communist Party of the Soviet Union began life in 1898 as the Russian Social Democratic Labor Party. In 1903, at the party’s 2nd Congress, Lenin, Trotsky, and Stalin split their Bolshevik faction from their rival Mensheviks. The Bolsheviks were self-professed Social Democrats.

And what did Lenin say about religion? “Religion is opium for the people,” wrote Lenin in December 1905, echoing his hero, Karl Marx. “Religion is a sort of spiritual booze.” That was a mild assessment from a man who wrote that “there is nothing more abominable than religion,” and “all worship of a divinity is a necrophilia.” Yes, necrophilia.

In Lenin’s Soviet state, the Party was the supreme, infallible authority, and the Communist Party of the Soviet Union would relentlessly pursue what Mikhail Gorbachev called “a wholesale war on religion.”

Sticking to this 1905 statement, Lenin saw socialism as incompatible with religious belief: “Everyone must be absolutely free to … be an atheist, which every socialist is, as a rule.” He declared: “Complete separation of Church and State is what the socialist proletariat demands of the modern state and the modern church.” Sounding like a 21st-century secular progressive in America, Lenin insisted that “religion must be declared a private affair.”

Of course, once Lenin and his Bolsheviks took over a decade later, they refused to tolerate religion even as a private affair. In fact, even in that 1905 letter, Lenin conceded as much: “We demand that religion be held a private affair so far as the state is concerned. But by no means can we consider religion a private affair so far as our Party is concerned.” In his Soviet state, the Party was the supreme, infallible authority, and the Communist Party of the Soviet Union would relentlessly pursue what Mikhail Gorbachev called “a wholesale war on religion.”

Lenin continued, stating that in order “to combat the religious fog … we founded our association, the Russian Social-Democratic Labor Party, precisely for such a struggle against every religious bamboozling of the workers.” Lenin wanted a political system “cleansed of medieval mildew.” He wanted to halt “the religious humbugging of mankind.”

‘Religion is the Opium of the People’

Other examples from Lenin? I could go on and on. These are tame examples taken from a decade prior to when Lenin came to power and began murdering by the thousands. This is the restrained Lenin. Still, one can see the absolute repudiation of religion vis-à-vis communism, socialism, and democratic socialism.

Four years later, in May of 1909, Lenin repeated: “Religion is the opium of the people—this dictum by Marx is the cornerstone of the whole Marxist outlook on religion.” Here, Lenin was writing explicitly on behalf of fellow “Social Democrats.” What he wrote is worth quoting at length, given what our Christian “democratic socialist” brethren now assert:

It is the absolute duty of Social-Democrats to make a public statement of their attitude towards religion. Social-Democracy bases its whole world-outlook on scientific socialism, i.e., Marxism. The philosophical basis of Marxism, as Marx and Engels repeatedly declared, is dialectical materialism—a materialism which is absolutely atheistic and positively hostile to all religion. … Marxism has always regarded all modern religions and churches, and each and every religious organization, as instruments of bourgeois reaction that serve to defend exploitation and to befuddle the working class. …

This combat must be waged in order to reverse religion’s hold on the “backward sections of the town proletariat” — that is, the town idiots.

No Place for Religion in Socialism

Could a pastor (perhaps the Rev. Barber) or a priest who subscribes to America magazine be a fellow Social Democrat and member of the Party? Apparently, even in Lenin’s day, a peculiar priest or two must have occasionally considered hooking up with Lenin and his Social Democrats. Lenin himself reflected on the absurd thought:

The question is often brought up whether a priest can be a member of the Social-Democratic Party or not, and this question is usually answered in an unqualified affirmative, the experience of the European Social-Democratic parties being cited as evidence. But this experience was the result, not only of the application of the Marxist doctrine to the workers’ movement, but also of the special historical conditions in Western Europe which are absent in Russia … so that an unqualified affirmative answer in this case is incorrect.

It cannot be asserted once and for all that priests cannot be members of the Social-Democratic Party; but neither can the reverse rule be laid down. If a priest comes to us to take part in our common political work and conscientiously performs Party duties, without opposing the program of the Party, he may be allowed to join the ranks of the Social-Democrats; for the contradiction between the spirit and principles of our program and the religious convictions of the priest would in such circumstances be something that concerned him alone, his own private contradiction. … But, of course, such a case might be a rare exception even in Western Europe, while in Russia it is altogether improbable. And if, for example, a priest joined the Social-Democratic Party and made it his chief and almost sole work actively to propagate religious views in the Party, it would unquestionably have to expel him from its ranks.

If a left-wing priest was foolish enough to join the Party, Lenin and the boys would accept his help (Lenin is infamous for allegedly referring to such people as “useful idiots”). But if the strange priest ever tried to share his faith with the fellas, well, he would be shown the door and the boot.

Lenin knew better. So, too, did Marx: “Communism begins where atheism begins,” he asserted.

The Antithesis to Religion

This is why religious people generally have historically understood communism and socialism to be antithetical to religion: the communists and socialists told us they were.

You know you’re in spiritual darkness when not even the religious can be counted on to refute the anti-religiousness of communism and socialism.

I know that some Religious Left Christians will take issue with this article focusing on the likes of Lenin and William Z. Foster. Fair enough. But that’s my focus here in this article (just one of numerous I’ve written on socialism and communism), and it isn’t irrelevant. These things have been thought about for a long time. This isn’t new.

This is crucial history that the modern Religious Left surely doesn’t know, no doubt because it was never learned. Our universities have failed to teach this material, instead criticizing anti-communism and anti-socialism. We are now reaping what we’ve sown. You know you’re in spiritual darkness when not even the religious can be counted on to refute the anti-religiousness of communism and socialism.

Dr. Paul Kengor is professor of political science and chief academic fellow of the Institute for Faith and Freedom at Grove City College. His latest book (April 2017) is A Pope and a President: John Paul II, Ronald Reagan, and the Extraordinary Untold Story of the 20th Century. He is also the author of 11 Principles of a Reagan Conservative. His other books include The Communist: Frank Marshall Davis, The Untold Story of Barack Obama’s Mentor and Dupes: How America’s Adversaries Have Manipulated Progressives for a Century.