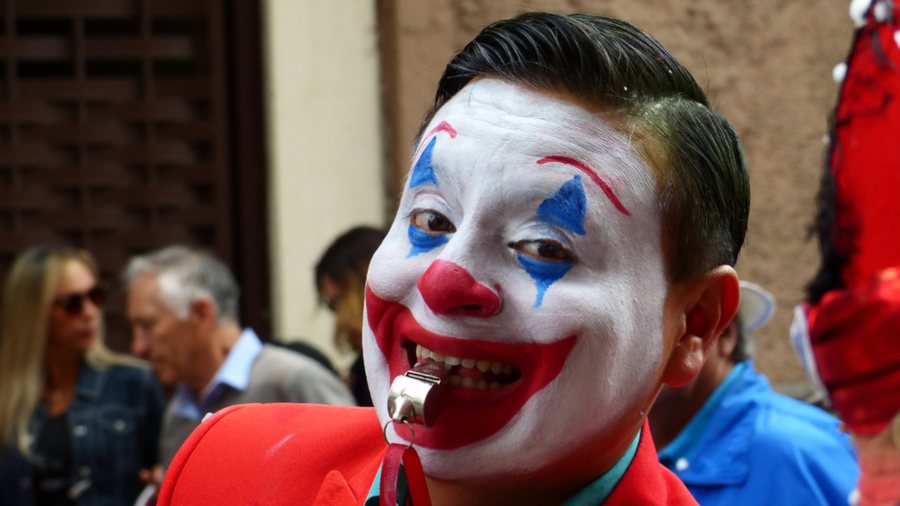 Four Republican members of Congress — Florida Rep. Matt Gaetz, Texas Rep. Louie Gohmert, Georgia Rep. Marjorie Taylor Greene, and Arizona Rep. Paul Gosar — walked to the doorstep of the Department of “Justice” headquarters on Pennsylvania Avenue at midday Tuesday to express their concerns about treatment of those jailed for participating in the Capitol Hill “breach” on January 6. They had serious unanswered questions for Attorney General Merrick Garland.

The doors of the DOJ building were closed to them. The members of Congress were not allowed inside.

But guess what happened? Some leftist protesters showed up who seemed to take their inspiration from January 6th. No doubt the only reason they didn’t “breach” the DOJ headquarters themselves is that the doors had been shut to keep out the Republicans. Would those leftist protesters have been tossed into sweaty jail cells and held without bail for three months (and counting)? I think we know the answer to that question.

The four Republicans speaking outside the entrance were swarmed by leftist protesters, one of them incessantly blowing a shrill whistle to keep them from being heard from their podium.

It was only a matter of minutes before the four Republicans speaking outside the entrance were swarmed by leftist protesters, one of them incessantly blowing a shrill whistle to keep them from being heard from their podium.

The Right Side Broadcasting Network aired their press conference live, not knowing, of course, what it was going to turn into. So now we can see from their recording the lengths to which intolerant, idiotic leftist protesters will go to shut down attempts at reasoned discussion. Video starts about 30 minutes before the press conference begins, but this time is used by reporter Liz Willis to read the letter to AG Garland and give some background, detailing some truly horrific allegations of beatings and denial of sleep and medical care.

Note: their video was removed from YouTube, but as far as we know, you’ll still be able to see it in its entirety here. If sometime between this writing and your attempted viewing it has been taken down, C-Span should have it.

Speaking Above the Piercing Shriek

As soon as Greene took to the podium and started asking substantive questions, the loud, piercing whistle started, and it never let up. “We’re here standing up for due process,” Gohmert said as the whistle shrieked nonstop. Gohmert is a former defense attorney and Texas district judge, so fighting for due process and other basic civil rights has been an integral part of his career. He said that when he was a judge, he used to make unannounced visits to jails to make sure the conditions weren’t abusive.

Matt Gaetz spoke through the whistle as well, pointing out that Antifa “set fire to this country for months” when law enforcement didn’t seem to be concerned about that.

Rep. Gosar (yes, through the interminable whistle) called for all 14,000 hours of security tapes from that day at the Capitol Building to be released and for all those taken into custody to have their due process rights respected.

Leftist protesters edged closer and started circling, to the concern of staffers and security personnel. To interrupt the press conference, they simply invaded, walking right up to the podium area and causing participants to scatter.

I hope you will listen through the headache-inducing whistle; they used this appalling tactic to try to keep anyone from hearing. As it went on, they also used drums, horns, and other instruments along with the whistle to prevent the members of Congress from speaking. They did manage to speak for about 15 minutes, mostly to stress that they were there to get answers concerning January 6.

As The Epoch Times has reported, “According to numerous reports, January 6 inmates have been beaten, held in solitary confinement, and denied access to evidence about their own cases.” The attorney general should provide thorough answers to questions on this, but he has responded with silence for months.

“To the guy who’s blowing the whistle, we are not deterred,” Taylor Greene finally said. They were there to ask questions, she said. It was at that point that the leftists stormed the podium and created a situation that made them have to leave. Cars were blocking traffic, and a loud band with crashing cymbals played as well.

As it turned out, the loud whistle-blower interrupting the speeches was standing directly behind the reporter and refused to stop when he was asked. She said after the event that her ears were still ringing. That’s “the intolerant left,” she said. “You’re being censored if you’re a conservative,” she said.

I would encourage you to watch the entire video, as there are some great comments from onlookers after the event ended. “These savages, they belong in jail,” said one onlooker after the speakers dispersed. She called for an investigation of what Nancy Pelosi knew about plans for the Capitol breach before it happened.

Another bystander called for interested persons to contact their representatives for an appointment to tour jail facilities where detainees were being held. She said that in one facility, the temperature had reached 114 degrees. We would add that during the winter it was freezing — that’s how long these people have been detained! There have been reports of beatings, and of at least one detainee losing an eye.

The Epoch Times has a “premium” report of today’s event.

On the same day this happened, the hearings called for by Speaker Nancy Pelosi into the events of January 6 began, with an extremely dramatic depiction of what happened from the point of view of the Capitol Hill police. Republican committee member Adam Kinzinger of Illinois got all choked up. California Rep. Adam Schiff also appeared to weep at one point (right), and a staff member was handing out Kleenex. Tucker Carlson had a field day with this on Tuesday night.

Here are more highlights — or perhaps I should say lowlights.

We’ll have more on this as it unfolds. If only it could be a nonpartisan attempt at fact-finding, but it won’t be. Recall that Pelosi rejected two of the Republican choices for committee members (a first), Jim Jordan of Ohio and Jim Banks of Indiana. Pelosi says the “bipartisan” panel “will pursue the truth,” but I have no confidence that it will do so, as that is not its purpose.

A real investigation would do what that bystander at DOJ headquarters suggested: find out what Pelosi herself knew and why she didn’t order even the barest security, when President Trump had offered her the National Guard and essentially anything she wanted. We also deserve to know more about the killing of Ashli Babbitt, but what do you think are the odds of that?