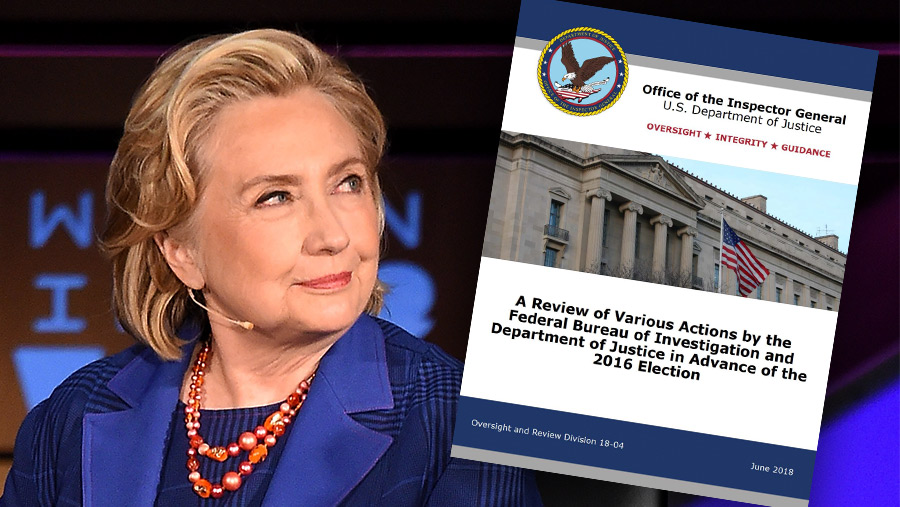 There is a two-tiered system of justice in America, and it isn’t necessarily defined by rich versus poor, or on racial grounds.

Rather, if you’re a Democrat favorite of the deep-state bureaucrats, you will be treated favorably. If you’re a Republican who supports President Donald Trump, or if you’re Trump himself, you will be routed by the institutions of the left.

The inconsistencies of Nancy Pelosi and her followers demonstrate this completely.

She seems to have made no exceptions in her declarative statements. But she is not alone in the wide assortment of those attempting to remove Trump via a procedural coup.

Pelosi is joined by House Intelligence Committee Chairman Adam Schiff, D-Calif., who said in December of 2018, “No one is above the law, not even the president of the United States.”

Perennial presidential hopeful and unindicted former Secretary of State Hillary Clinton tweeted in June, “I don’t know who needs to hear this, but the president is not above the law.”

I don't know who needs to hear this, but the president is not above the law.

Yet, as columnist Marc Thiessen wrote in July, Democrats don’t really believe that.

Examples of Democratic Disregard of the Law

Take illegal immigration, the prime example of Democrats blatantly disregarding the law with no consequences.

If you are an illegal alien in the United States, Democrats want to give you special treatment. Your first time illegally in the country is a misdemeanor, and an illegal reentry after removal is a felony.

But Democrats don’t think the law applies to illegal aliens. They coddle and receive them with open arms while berating law enforcement officials charged with enforcing the laws passed on a bipartisan basis.

Democrat-run sanctuary cities violate the rule of law daily by releasing criminals into our nation, ignoring when there is a “do not release” instruction from Immigration and Customs Enforcement. Democrats want to eliminate our immigration enforcement agencies.

For the left, illegal aliens are above the law.

For Democrats, a politician from their own party — like Hillary Clinton, who was illegally storing classified information on a private server and who destroyed the evidence, or Joe Biden, who extorted the removal of a Ukrainian official who was investigating corruption that might have implicated his son — is above the law. But only if that person is a liberal.

If a former FBI director takes classified documents to his house or leaks information in order to manipulate the start of a special investigation of Trump, he’ll be in the clear if his intention is to help leftists and to undermine Republicans.

A Republican doing the same would be prosecuted to the full extent of the law.

And, if you are a leftist in the deep state who is exposed as a liar and a perjurer, don’t be surprised if you get a gig on CNN as a commentator who regularly blasts the president and his supporters.

And, if a Democrat tells a lie for long enough—for instance, “No one is above the law”—you can be sure leftists and some of their media allies will continue it and perpetuate it, no matter how many times they prove they’re holding to a double standard.

Rep. Andy Biggs a Republican, represents Arizona’s 5th Congressional District in the U.S. House. He is chairman of the House Freedom Caucus and serves on the Judiciary and Science, Space and Technology committees.

Turning ‘Christian Nationalism’ Into a Slur