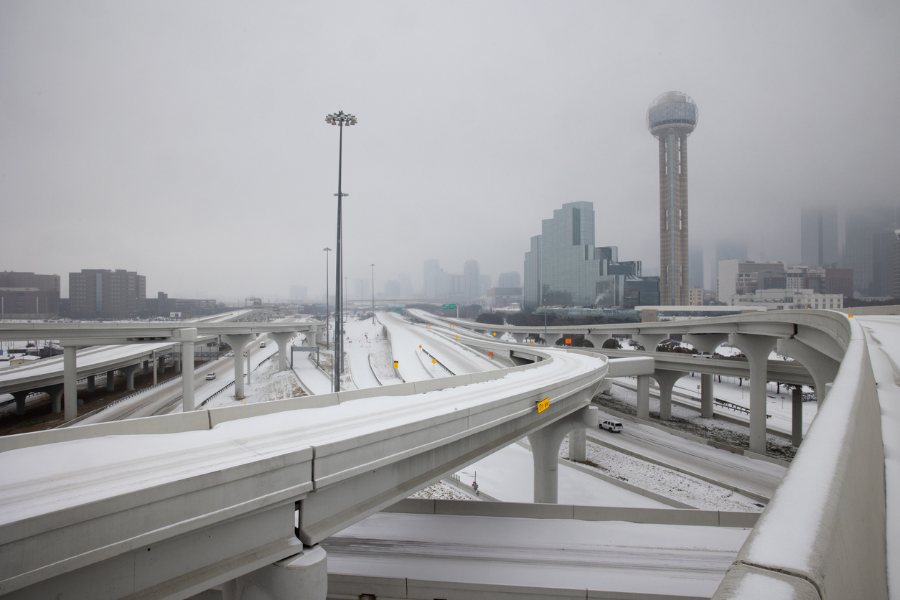 As we all know, terrible ice storms recently in the Lone Star State froze many of their wind turbines and froze some of the gas pipelines, knocking out electricity for millions at a critical time. Some people even froze to death.

This was a tragedy, but despite the utter failure of “green” energy sources during the crisis, some on the left tried to use it to blame the climate alarmism skeptics for the debacle.

For example, Congresswoman Alexandria Ocasio-Cortez (AOC) said that the tragedy occurred because Texas had not signed on to the Green New Deal. Chuck Schumer, majority leader of the U.S. Senate, gloated that this deadly energy crisis happened to Texans because they “ignored climate change…now Texas is paying the price….Hope they learned a lesson.”

It would seem that the only thing you can predict about the weather is that it’s unpredictable. So backup plans are in order, as is infrastructure upkeep.

But, of course, Schumer’s lesson would be the wrong lesson. The point to be learned from Texas is that you can’t count on renewables alone. It would seem that the only thing you can predict about the weather is that it’s unpredictable. So backup plans are in order, as is infrastructure upkeep.

It Was a Tragedy

I reached out to Dr. Cal Beisner, the director and spokesman for the Cornwall Alliance for the Stewardship of Creation, for a comment on the recent Texas tragedy.

Those who blame the Texas power grid’s failures entirely on overreliance on wind and those who blame it entirely on rejecting claims of dangerous manmade global warming are both wrong. Climate-change alarmists everywhere call for more extensive use of wind power; Texas has nearly three times as much wind energy installed as the second-highest state in the Union (Iowa) and four times as much as California, which climate activists celebrate as a leader.

And in the freezing cold, the wind turbines failed.

Critics of wind power are right to point to wind’s failure during the cold snap, as both lack of wind and freezing of turbines blades dropped wind’s contribution by over 90% February 8–16. But other sources struggled, too. Natural gas pipelines and separators froze, cutting delivery to generating plants as well as home heating systems.

Because of the unusual cold, the delivery of more reliable sources of energy, such as natural gas, also failed.

Perhaps the key culprit is Texas’s regulation of the power industry that prevents it from generating enough profit to pay for constant upgrades and protections against severe cold — a problem that would exist regardless of the mix of power sources.

When big government punishes reliable forms of energy — gas and oil — and rewards green energy — which can and often fails to deliver the goods in times of crisis — then we can expect more such crises.

Geologist and author Greg Wrightstone is a critic of the theory of catastrophic manmade climate change. Wrightstone said on my radio show, the “renewables” (i.e., wind and solar) should be called the “unreliables.” By relying on them, Texas gambled and lost.

Robert Hefner of Hefner.Energy wrote an op-ed on the recent tragedy: “The first point we need to understand is that all forms of energy failed in Texas…from wind to nuclear.” But he adds that the failure rate of wind-generated energy was 93%, while the failure rate of natural gas during this exceptionally cold snap was 36%.

Some are blaming natural gas for failing during this crisis. Not so, says Hefner, noting that in reality natural gas “saved thousands of lives” during the tragedy. This is not something we’d expect to hear Senator Schumer or AOC admit.

Hefner adds that the big problem is that they did not invest in infrastructure upkeep — because there was no financial incentive to do so. All the while, all the incentives went into “the renewables,” i.e., wind, solar, and the like.

Can you expect your car to work during the harshest of conditions after neglecting it for over a decade? Texans are lucky that while ERCOT (Electric Reliability Council of Texas) failed, the natural gas flowing to families huddled around their fireplaces did not.

The Environment — And The Weather Itself

The founders of America did not have a lot to say about the environment per se. After all, they founded our nation before the Industrial Revolution.

But George Washington noted in his famous letter to the 13 governors, “The Circular to the States,” June 8, 1783, that Providence (God) has given us this continent with “all the various Soils and Climates of the World and abounding with all the necessaries and conveniences of life.” Alas, later generations would see the despoiling of the beautiful environment and nature that Providence (God) has given us through air and water pollution.

But fighting air and water pollution is one thing — a fight in which America thankfully has made tremendous strides. But fighting the weather itself in the name of environmentalism is another.