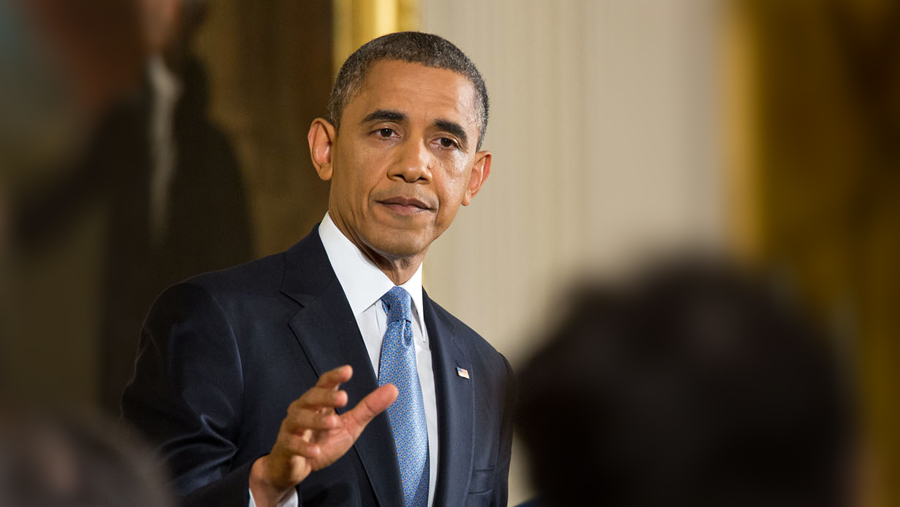 The lawsuit asserts that the Obama administration argued the agreement could be signed without Senate approval because it does not set “legally binding targets and timetables.” Such justifications are a misrepresentation of the law, according to the lawsuit.

“This memo demonstrates the Obama administration’s unlawful entry into the Paris treaty,” Chris Horner, a senior fellow at the Competitive Enterprise Institute, noted in a press statement attached to the lawsuit. The memo “represents a major political and legal scandal,” he added.

The lawsuit seeks documents related to the memo from the U.S. State Department through a Freedom of Information Act request.

Horner is on the board of directors at the Government Accountability & Oversight (GAO), which filed the lawsuit on behalf of Energy Policy Advocates. He cited a legal memo that allegedly justifies Obama’s decision to enter the climate deal, which compels the U.S. and 200 other countries to cut greenhouse gas emissions 26% to 28% by 2025.

Senate approval is required for any international deal that seeks “to adopt 1 targets and timetables,” not merely those that are “legally binding,” Horner noted in the lawsuit, referring to a referendum produced by the Senate in 1992 after the Kyoto Protocol, an international climate agreement designed to reduce greenhouse gas emissions. The U.S. never ratified Kyoto.

President Donald Trump announced in 2017 his intention to leave the agreement. The president promised to “cancel” the deal during his 2016 campaign, but his own White House was split on the issue. He already issued executive orders to roll back Obama-era global warming regulations.

Trump can finally make the pullout official Monday. The terms stipulate that a partnering country cannot withdraw within the first three years of submission. Trump can send a letter to the U.N. Monday announcing his intention. It won’t become official until one day after the 2020 election.

The president claimed during the early part of his campaign that the Obama administration poorly negotiated the Paris Agreement and did not put American workers first. Trump criticized what he believed was China and other member countries that were benefiting from U.S. funding through the deal’s financing arm.

China, one of the more than 200 other countries that signed on to the deal, is the world’s largest greenhouse gas emitter and made no commitment to cut greenhouse emissions. Instead, the communist nation said it would reach peak emissions by 2030.

China is also not legally obligated to comply with the accord.

The communist country has taken steps to close down coal mines and shut down coal-fired power plants as an attempt to solve China’s poor air quality. Beijing also recently became the first Chinese city to replace all its coal power with natural gas.

Obama’s former Environmental Protection Agency administrator, Gina McCarthy, has not responded to the Daily Caller News Foundation’s request for comment. McCarthy crafted environmental policies while she was EPA chief that helped bring the U.S. into compliance with the Paris deal.

The White House has also not responded to requests for comment.