The Latest from Campaign 2016: Trump Meets Mother of Woman Killed by Illegals

Meanwhile, Green Party nominee Jill Stein is late for a rally after flying to the wrong city. 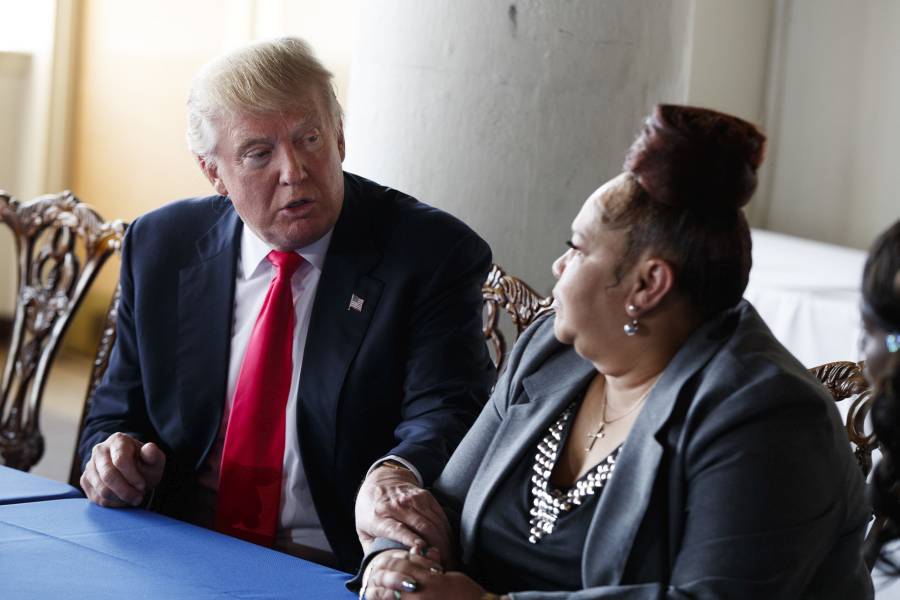 Republican presidential candidate Donald Trump talks with Shalga Hightower during a meeting, Friday, Sept. 2, 2016, in Philadelphia. Hightower's daughter, Iofemi Hightower, was murdered in a 2007 attack at a Newark schoolyard by a group including illegal immigrants.

This article is available to read at the Associated Press Archive Link here: http://www.apnewsarchive.com/2016/A-pastor-says-Donald-Trump-was-given-questions-in-advance-of-a-planned-taped-Christian-television-interview-Saturday-at-a-Detroit-church/id-7b98c353d46e4d98be57800f6e10f0d4