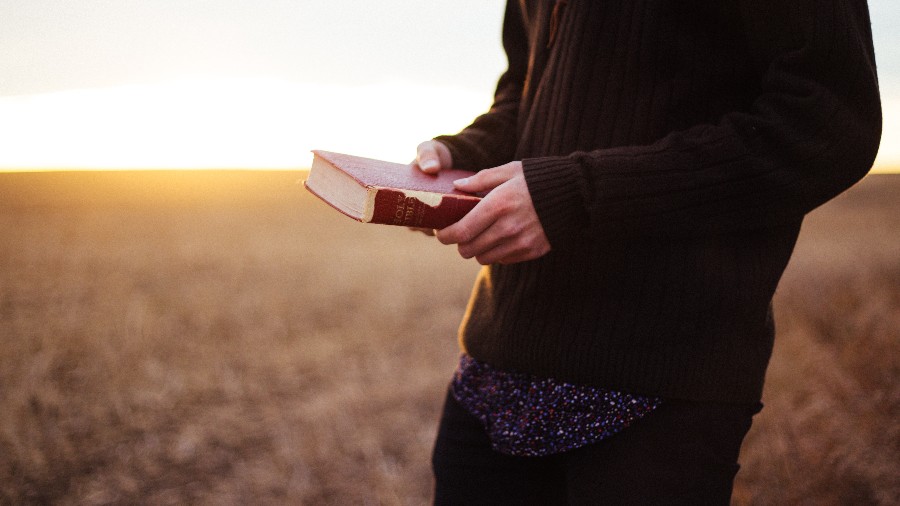 As I’m reading through the Old Testament this year, I’m learning much from the prophets as to how we should think about, face, and respond to our cultural challenges today. They were called by God to give their lives to speaking the truth for him — a vocation that would bring upon them everything from their own depression and despair to execution.

If we have any romantic vision of the prophetic life rolling around in our minds from childhood Sunday school classes, a realistic look at the Old Testament will put that right to rest. I’m willing to bet you will never be thrown into a cistern for speaking the truth about God and his world as Jeremiah was, but in our own small way, we also will encounter many of the pressures, temptations, fears, frustrations, and grief suffered by the prophets of old, so there is much we can learn by watching them — if only to be assured that we are not failing as God’s ambassadors if we share their same feelings and reactions.

Speaking the Truth Will Cost Us

Can you relate to Jeremiah’s tears as he watched his nation destroy itself? His recognition of his inadequacy? Elijah requesting, in depression and despair, that God take his life? Micaiah yelling out in frustration as he’s dragged away to prison, “Mark my words, all you people”? Isaiah’s devastation over his own sinfulness before a holy God? The sacrifices they made for the sake of faithfulness? You’re not alone. Their God-given role cost them, and it will cost you.

Since we, like them, are also called as ambassadors to speak truth to people who are, in many ways, hostile to the truth, it’s important that we look carefully into what sustained the prophets who went through these difficulties before us. I touched on this a couple of weeks ago with a lesson from Jeremiah. Today, I was struck by something that can seem odd at first glance, but that, when grasped, has the potential to radically reorient the way you view your work, relieving feelings of frustration and failure you may be enduring unnecessarily.

The idea I was struck by has to do with how the purpose of our message connects with our perseverance. No one wants to continue to do something difficult if doing so is proving to be pointless. But how do we assess whether or not our efforts have been pointless? The only way to do this is by knowing the correct purpose of our work. If we have the wrong goal in mind, then the fact that our work does not achieve that wrong goal does not disprove its value. It’s only by measuring whether or not we are achieving the true goal that we can know if our work is valuable, that it’s accomplishing what it’s supposed to accomplish.

When looking at the work of the prophets, isn’t it strange, you might think, that God continued to send those prophets to the same people, over and over, with the same message of their sin and coming judgment, calling them to repentance, despite the fact that he had already decided their judgment was sure? As he said through Isaiah,

For though your people, O Israel, may be like the sand of the sea,
Only a remnant within them will return;
A destruction is determined, overflowing with righteousness.

For a complete destruction, one that is decreed, the Lord God of hosts will execute in the midst of the whole land. (Isaiah 10:22–23)

“Render the Hearts of This People Insensitive”

After the evils of King Manasseh’s day, the coming judgment of Judah was a certainty. God had determined it would take place. Despite brief moments of revival, their rebellion would increase until the exile to Babylon decades later. God declared it. In fact, once God had determined this would be his course of action, he intended for the people to remain unrepentant so as to secure that destruction, as he explained to Isaiah:

Then I said, “Lord, how long?” And He answered,
“Until cities are devastated and without inhabitant,
Houses are without people
And the land is utterly desolate,
The Lord has removed men far away,
And the forsaken places are many in the midst of the land. (Isaiah 6:9–12)

And yet, despite the certainty of his decreed judgment, God continued to send prophets to them. Listen to what he says to Ezekiel:

I have sent you to them who should listen to you; yet the house of Israel will not be willing to listen to you, since they are not willing to listen to me. … Son of man, take into your heart all My words which I will speak to you and listen closely. Go to the exiles, to the sons of your people, and speak to them and tell them, whether they listen or not, “Thus says the Lord God.” (Ezekiel 3:6–11)

Since their sentence had already been determined, the ultimate purpose of the prophets’ message could not have been repentance (though they did call the people to repentance, reminding them of God’s mercy for those who turn to him). The people’s hearts were insensitive, their ears dull, and their eyes dim according to God’s purpose. Repentance was not in God’s plan, here, because his intention was judgment.

Speaking for God’s Glory, Regardless of How Hearers Respond

If, in this case, the goal of the prophets’ repeated warnings of judgment for breaking the laws of their covenant was not persuasion and repentance, why did God repeatedly send them? What was the purpose? I think the purpose was similar to what Paul says about the Law revealing and even stirring up our innate sin “so that through the commandment sin would become utterly sinful” (Romans 7:13). In other words, the prophets’ warnings and commands were meant to draw out the extent of the people’s guilt and rebellion, revealing it clearly to all. Not only was their sin fully revealed, but they also turned down endless opportunities to repent, rejecting both God’s righteousness (as expressed through the Law) and his grace. In this way, they were shown to be “utterly sinful,” publicly justifying God’s judgment.

So, if God sometimes sends prophets for repentance and sometimes for judgment, neither goal can be the ultimate purpose of his sending prophets. Instead, both of those outcomes serve a greater purpose: God’s glory. God is glorified when people believe his message and repent, and he is glorified when they reject his message and are judged. Their “unrighteousness demonstrates the righteousness of God” when, through their sin, “the truth of God abounds to his glory” as he expresses his righteousness in judgment (Romans 3:3–8). If this sounds strange to you, the next time you read through the psalms, pay attention to how often God’s judgment of evil elicits praise. It is a constant refrain.

We need to have a correct understanding of the purpose of speaking the truth if we are to rightly judge whether or not our efforts are succeeding and thereby persevere. The goal is God’s glory. That is the ultimate purpose of our work as Christ’s ambassadors. We speak the truth for the sake of God’s glory, then he decides how to use it — either in judgment or for repentance, depending on his purposes. We don’t need to know how he will use it. All we need to know is that we speak the truth for his glory, and when we speak the truth, we succeed — he is glorified. No matter how people respond. This is why we do not give up.

Amy K. Hall worked in the film industry for ten years before coming on staff with Stand to Reason and becoming a writer, editor and podcaster. Amy has a B.A. in mass communication and journalism from CSU Fresno and an M.A. in Christian apologetics from Biola. Her work has been published in the Apologetics Study Bible for Students.